Posted By: The Times Bollywoodon: May 02, 2022In: Celebrities NewsNo Comments

Jacqueline Fernandez hosted a bash for her YOLO foundation to celebrate its one year anniversary. Salman Khan and Tiger Shroff joined the celebration and interacted with the kids from the foundation at the party. YOLO foundation shared Salman and Jacqueline’s video with a caption that read, “Love and kindness are never wasted, They always make a difference”

Salman khan, Tiger Shroff and Jaqueline Fernandes among others interacted, danced to the tune of Meet Brothers who were performing and further indulged in all the arcade games at SHOTT from lazer wars to Spark bowling. SHOTT, the first Entertainment hub in Asia to introduce Spark bowling lanes, was a big hit last night.

Other Celebs spotted at SHOTT:
Also other Celebs spotted at the party like Tiger shroff, Rakhi Sawant, Srilankan Singer Yohana along with “Chittiyaan kalaiyaan” Song Musician Meet brothers duos Harmeet singh and Manmeet Singh uplifted the energy at the SHOTT Mumbai by singing their Hit Song.

Posted By: The Times Bollywoodon: April 22, 2022In: Celebrities NewsNo Comments 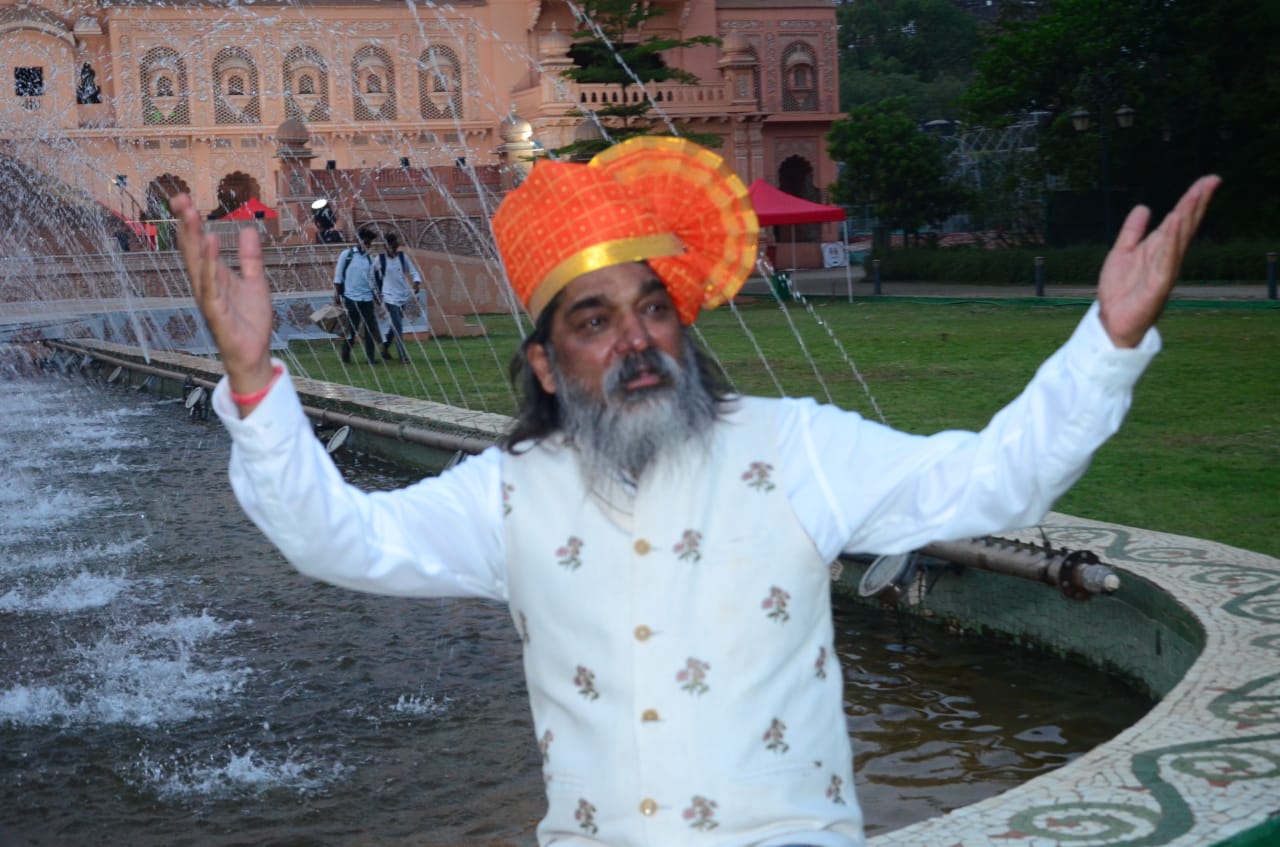 World Record with 5000 students, a grand exhibit of 1000+ artists, Tribute to Indian Cinema, Sports, Culture & Social Cause at 4-day extravaganza!
at ND Studios.The four day Mega event that celebrates the rich culture, art, tradition, taste & vibrant colours of Maharashtra will be held on 28th, 29th, 30th April & 1st May 2022, in honor of the 62nd Anniversary of the formation of the State of Maharashtra. “I have always been an artist first, then an entrepreneur. As an artist, I understand the struggle & pain of my fellow artists. The pandemic hasn’t been kind to the artist community. At ND Studios, we always strive to put our best foot forward in supporting arts & artists. The Maha-Utsav, is a positive step towards this endeavour where we will support artists and their craft through our year-long advocacy campaign. The Maha- Utsav’ of Maharashtra’s great tradition will not only provide a platform for artists working in this field to preserve the heritage but also inspire the new generation”, shared the ace designer *Nitin Desai, Founder, ND Studios.* Nitin Chandrakant Desai is a noted Indian art director and production designer of Indian cinema turned film and television producer, most known for his work in Marathi and Hindi Films, World Cultural Festival 2016 at Delhi and films like, Hum Dil De Chuke Sanam, Lagaan, Devdas, Jodhaa Akbar and Prem Ratan Dhan Payo etc . 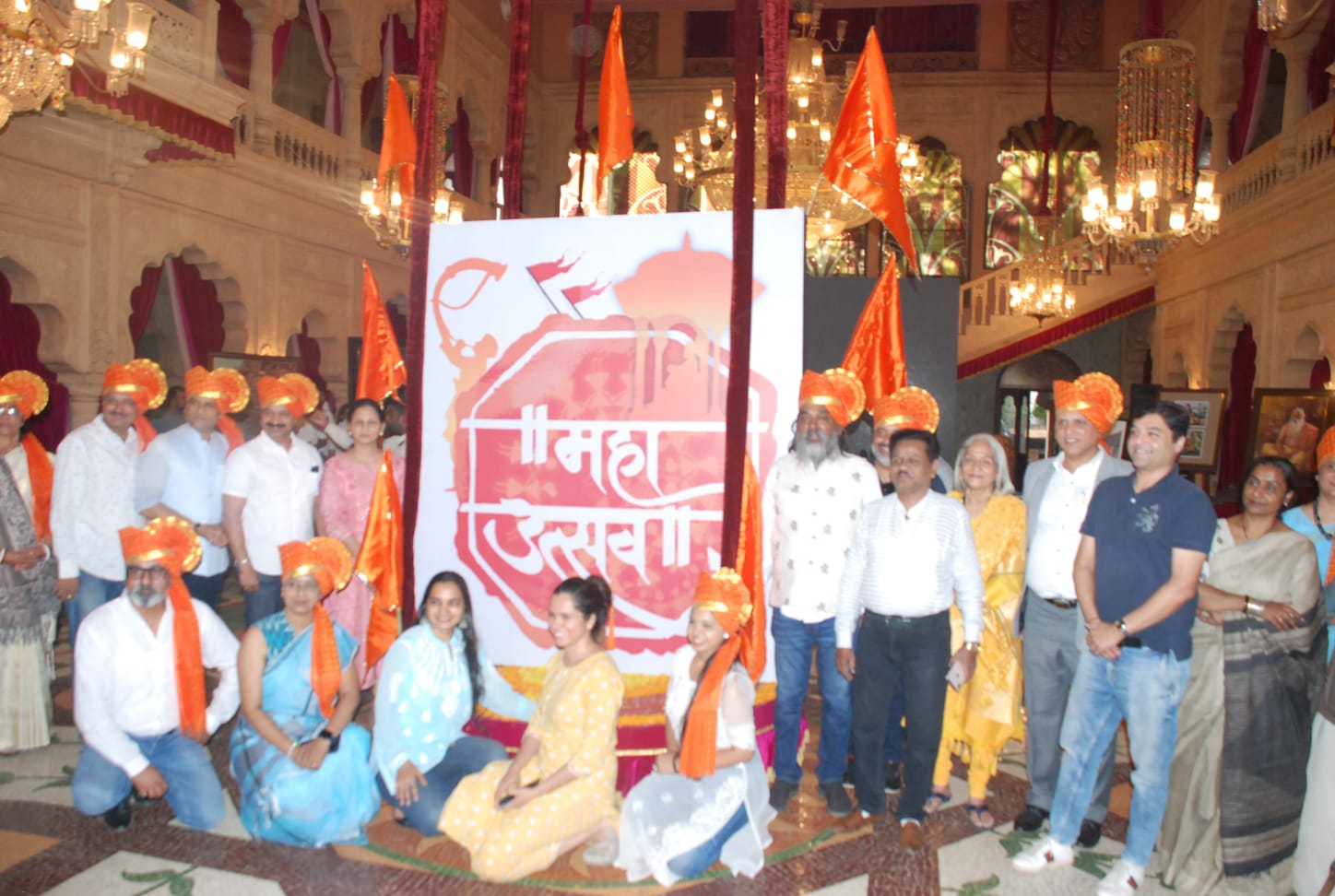 The celebration will feature
MAHA- RAJE (An ode to Chhatrapati Shivaji Maharaj), MAHA- SANSKRUTI (The culture of Maharashtra), MAHA- SWAD (The taste of Maharashtra), MAHA-KHEL (The sports of Maharashtra), MAHA-KALA (Art & Crafts of Maharashtra), MAHA-CINEMA (Showcasing the best of Marathi Chitrapat), MAHA-MELA (Biggest Flea- Market), MAHA-VYAVSAAY (Business Networking) and MAHA-GAURAV (Icon Awards). The four day festivities will be flagged off with Bike Rally of all-women riders The event will see 10000+ artists & participants coming together to honour the greatness of Maharashtra, its history, culture, sports, arts, films, business and commerce and much more with a total of 25,000-50,000 visitors walking in over the four day event. The highlights of the extravaganza include a Marathi Film Festival which will pay tribute to the Father of Indian Cinema, Dadasaheb Phalke to be hosted for the first-time at ND’s FILM WORLD. The ‘Maha – Utsav’ will feature a special tribute dedicated to legendary artists Lata Mangeshkar, Ramesh Deo, Bhaji Pandharkar and V Shantaram. It will show a journey of evolution of Indian Cinema through a musical. 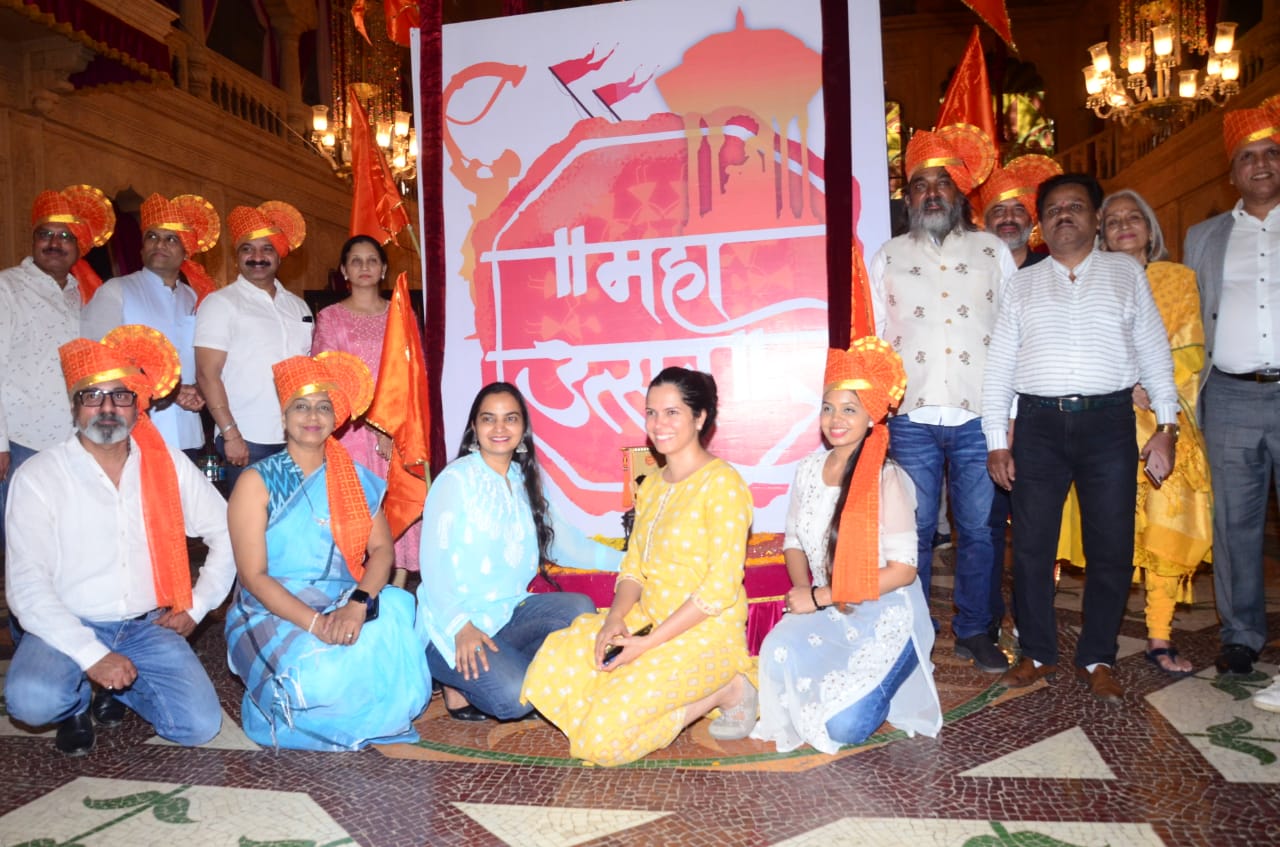 A new Maharashtra song will also be released which is conceptualized by Shreyasi Vaze & Mandar Apte. The festival will also see participation from various social organizations working for the cause of environment, agriculture education, water conservation and different-ly abled individuals like blind, leprosy. He further added, “By showcasing their work before the society, we are also trying to get strength from the society to come forward and support the causes”

More than 100 traditional artists will participate in the festival to showcase various folk arts of the state like Bharud, Lavani through ‘Mahakala’ initiative.

Posted By: The Times Bollywoodon: April 17, 2022In: Celebrities NewsNo Comments 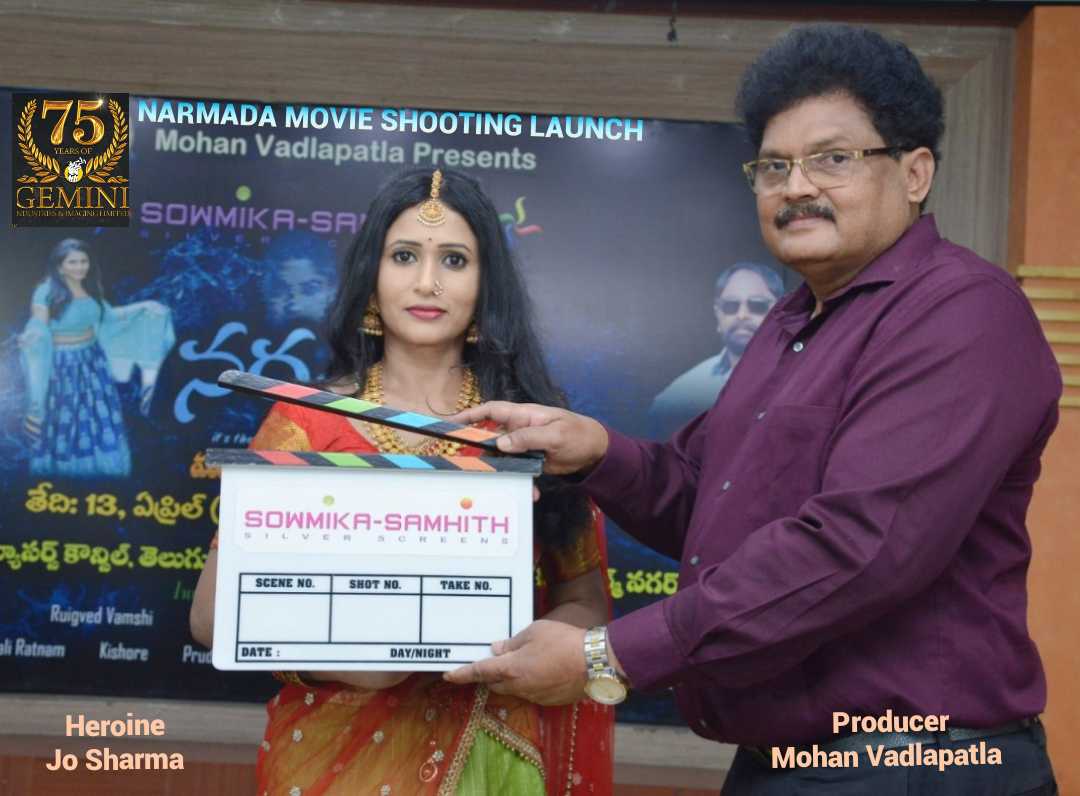 On April 13th, Narmada movie was launched in a grand way with Pooja ceremony held in Film Chamber of Commerce, Hyderabad.

Narmada movie producer MRC Vadlapatla gave a speech that he liked the story that director discussed and he collaborated with Alla Raghava and Gemini to produce this movie as a big venture. He is impressed with Jo Sharma (Jyotsna) acting skills and how confident she is facing camera and dialogue delivery, and gave an opportunity to be the heroine of the narmada movie. Jo Sharma acted in movies and have experience in acting and dancing in America. She lives in San Francisco USA and has won Miss USA International 2019.

Producer further added in his speech that this movie story is about Narmada a village girl striving to face the astrocties in her village. Inorder to face the challenges, she will determine to become a big personality to raise her status value to fight through issues in her village and she becomes a movie star. How will she solve all problems facing in her village? is the sotry of Narmada. 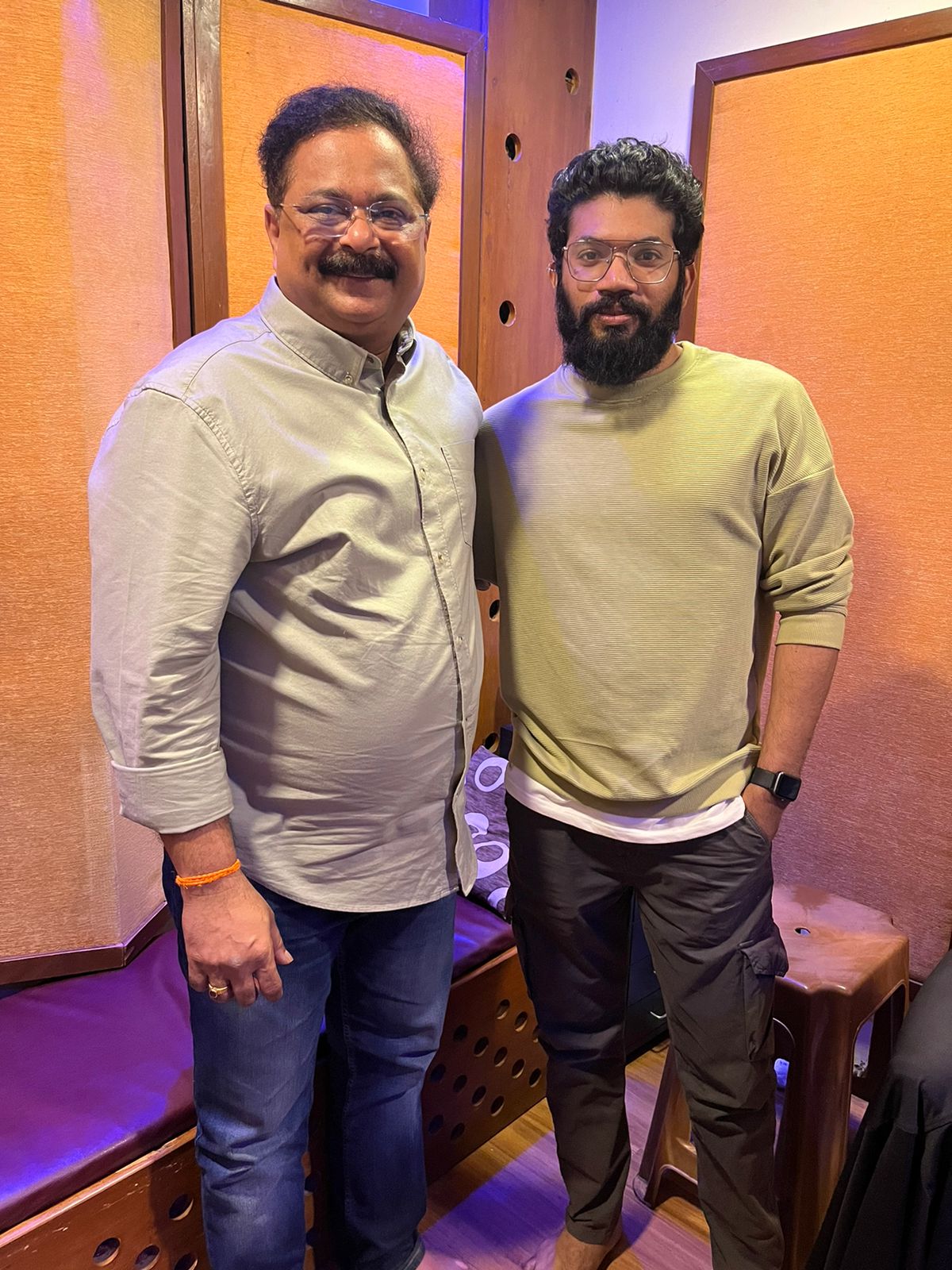 Posted By: The Times Bollywoodon: April 11, 2022In: Celebrities NewsNo Comments 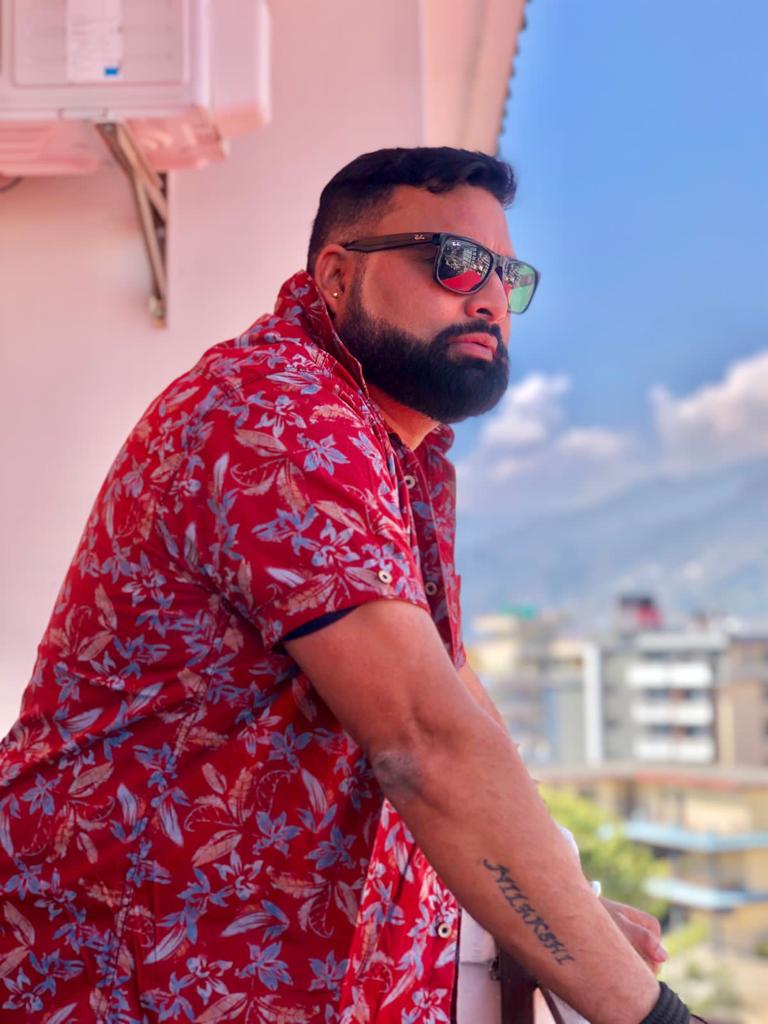 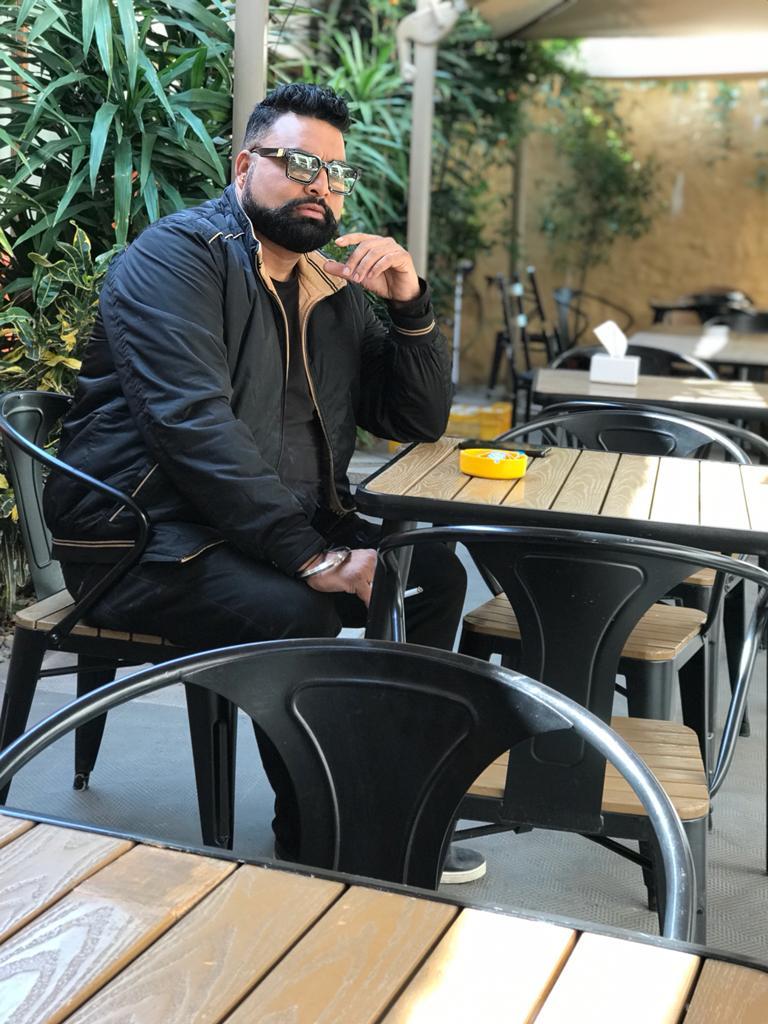 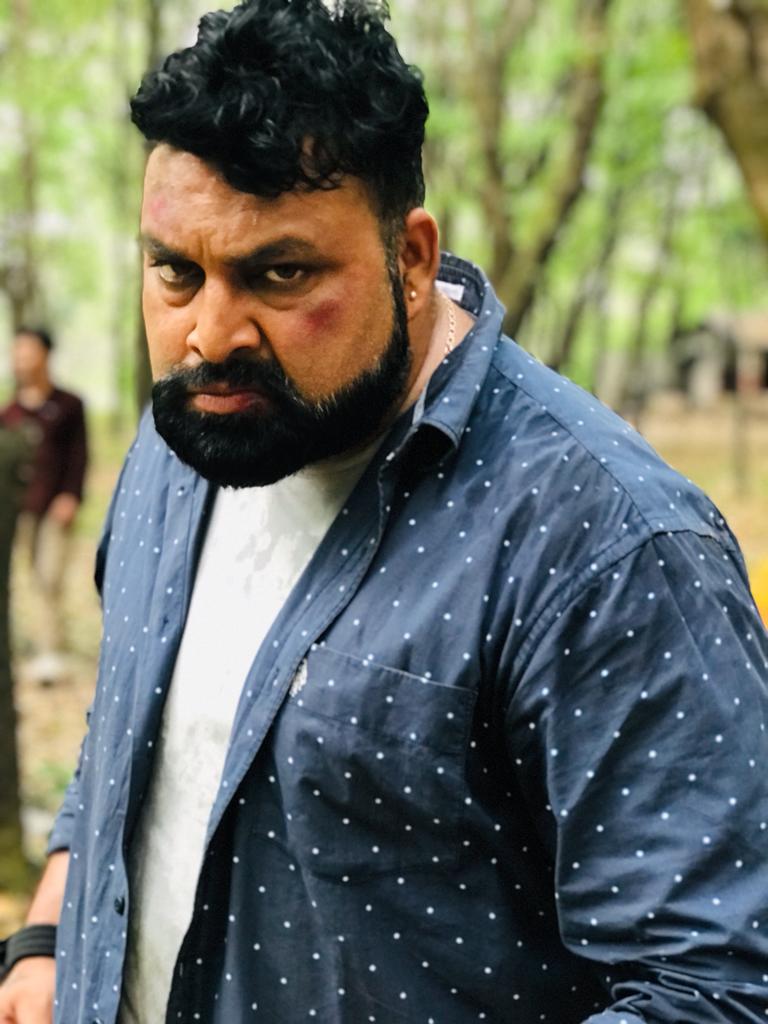 Posted By: The Times Bollywoodon: March 31, 2022In: Celebrities NewsNo Comments 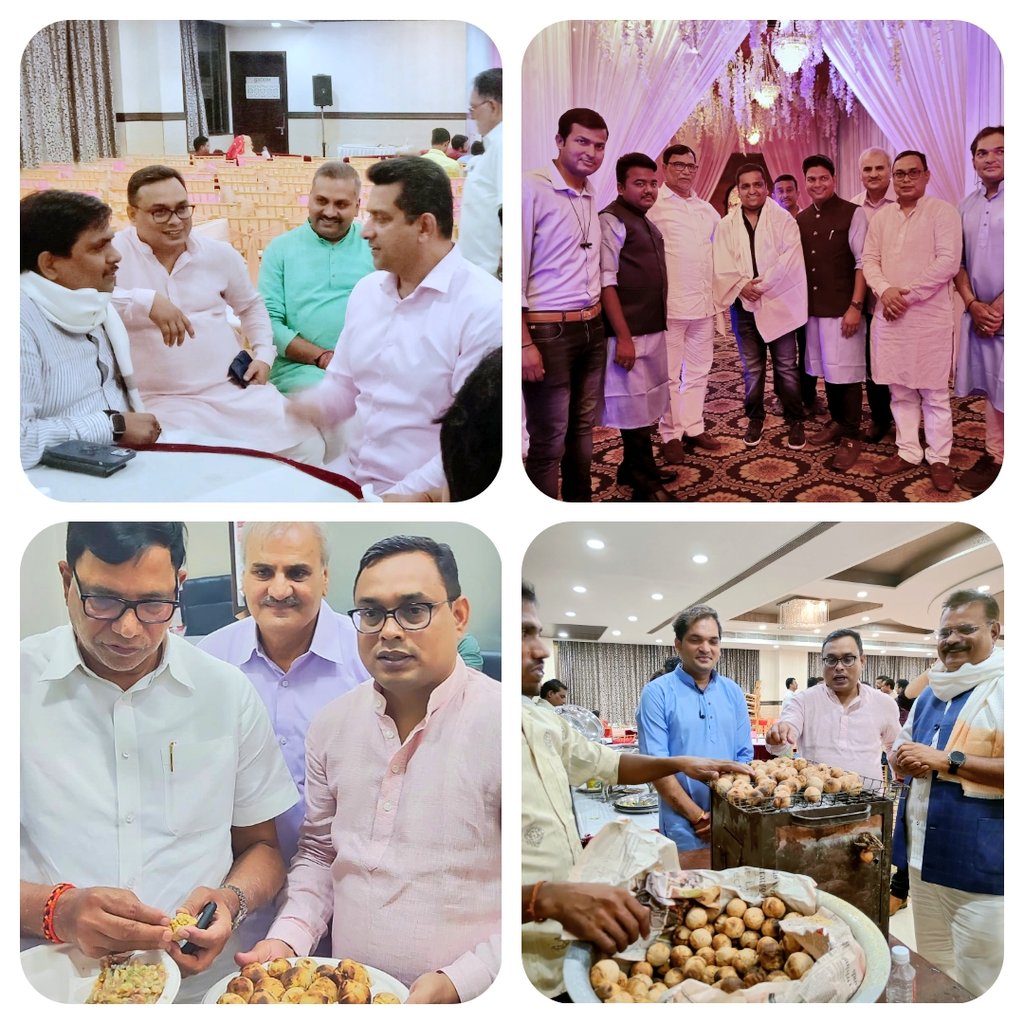 Posted By: The Times Bollywoodon: March 16, 2022In: Celebrities NewsNo Comments

The grand muhurat of the web series Rishky Ishq was performed by the famous comedian and chief guest Sunil Pal at the Cuisine Hall of Mumbai. Producer Preeti Abhishek Jha’s web series will be released on OTT platform Cine Box Prime Original.
Actress Ruby Parihar and actor Sunil Kumar Ekathara will be seen in this thriller web series Rishky Ishq. The director of the film is Neeraj R Yadav. on this auspicious occasion
Sunil Pal, Sahil Patel, Heiteal Punwala, Sonu Mishra and Kuldeep Singh were present among the guests. All the actors associated with this film were present.
The web series Rishky Ishq, which is being produced under the banner of Aarohi Film Creation, is written by Tauseef Alam, Siptain Raja. Its cinematographer is Abhimanyu Jha.
After giving the clip here, Sunil Pal told the media that I congratulate Preeti Abhishek Jha, the producer of this web series. In today’s era, web series has become a favorite entertainment tool of the audience, in such a situation, Preeti ji, despite being a woman, has come forward as a producer, salute to her courage.
Actor Sunil Kumar Akathara told that we will shoot this web series in Mumbai from 21st of this month and the release is planned by the end of March. This is the story of a couple. Wife’s affair takes place elsewhere. The story takes a turn when the husband comes to know about this. It will be quite exciting to see how the wife plots to kill her own husband. 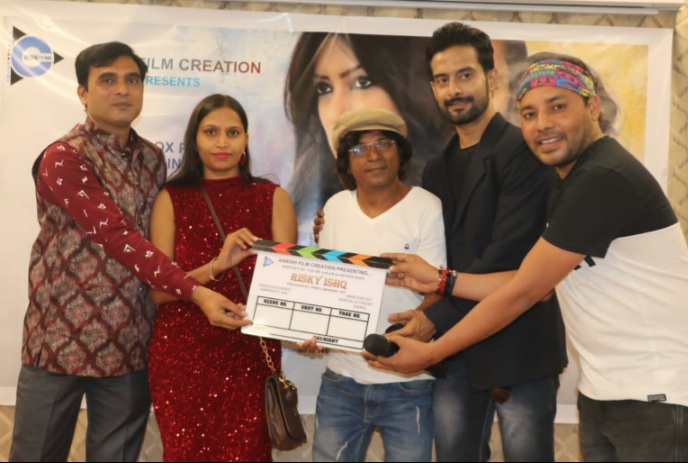 Sunil Pal said that producer Preeti Abhishek Jha has made a great start. The title of the web series is quite attractive and its concept is also exciting. Audience will definitely like it.
Share 0
Tweet
Share 0

Posted By: The Times Bollywoodon: February 19, 2022In: Celebrities NewsNo Comments 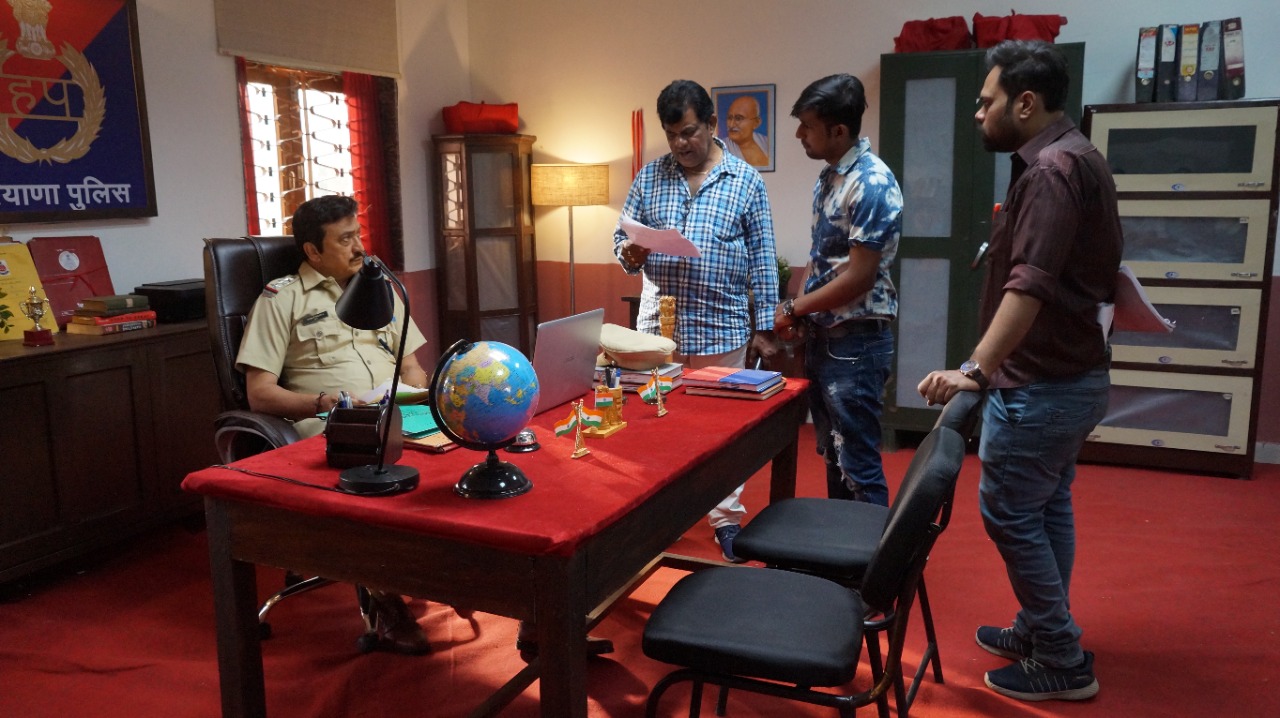 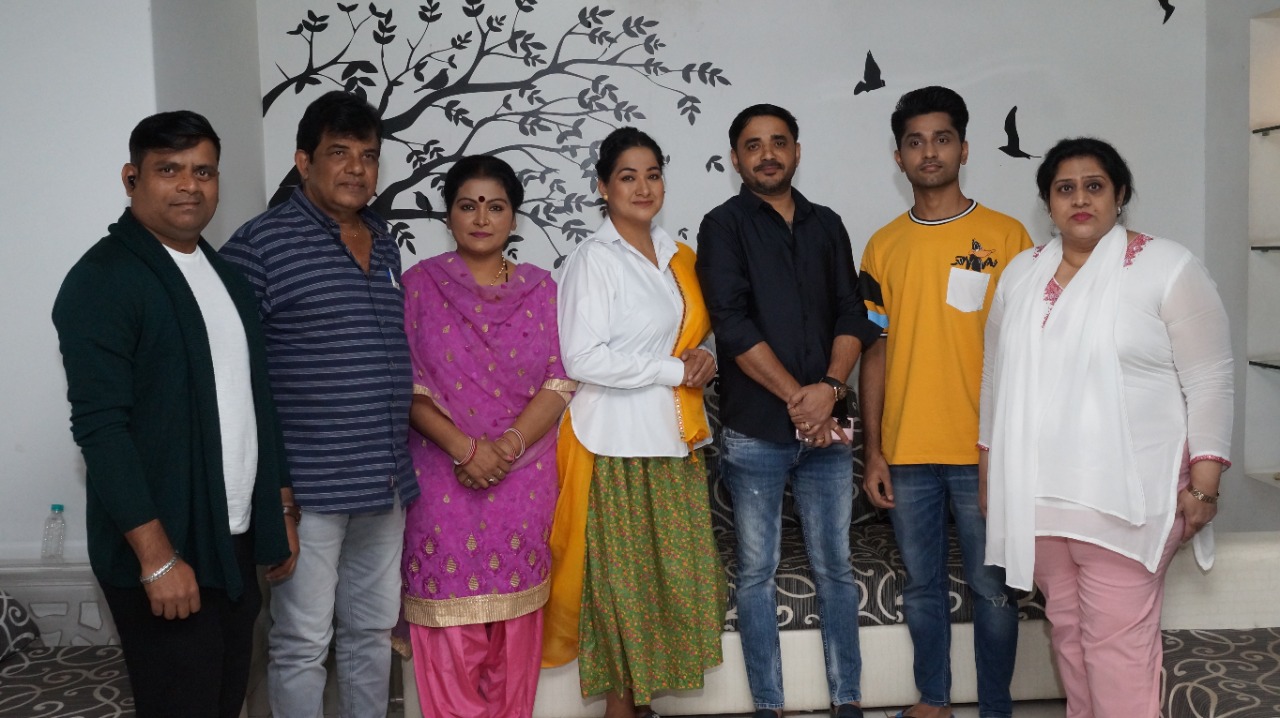 Posted By: The Times Bollywoodon: February 08, 2022In: Celebrities NewsNo Comments

250 Rishtay Aaye Hain Noor ko, lekin kisse Shaadi karegi woh? It’s a  big problem in her life, this is the base of the story of Producer Vibha Dutta Khosla’s “Mera Vyah Kara Do” Punjabi film, of which the poster is launched today.

Posted By: The Times Bollywoodon: February 03, 2022In: Celebrities NewsNo Comments
A Raju Chadha Presentation and Maxor Movies’ Production “Mera Vyah Kara Do” Punjabi Film is Ready for Release.
A Family entertainer with a musical love story is Produced by Raju Chadha and Vibha Dutta Khosla. Story Screenplay and Directed by Sunill Khosla. 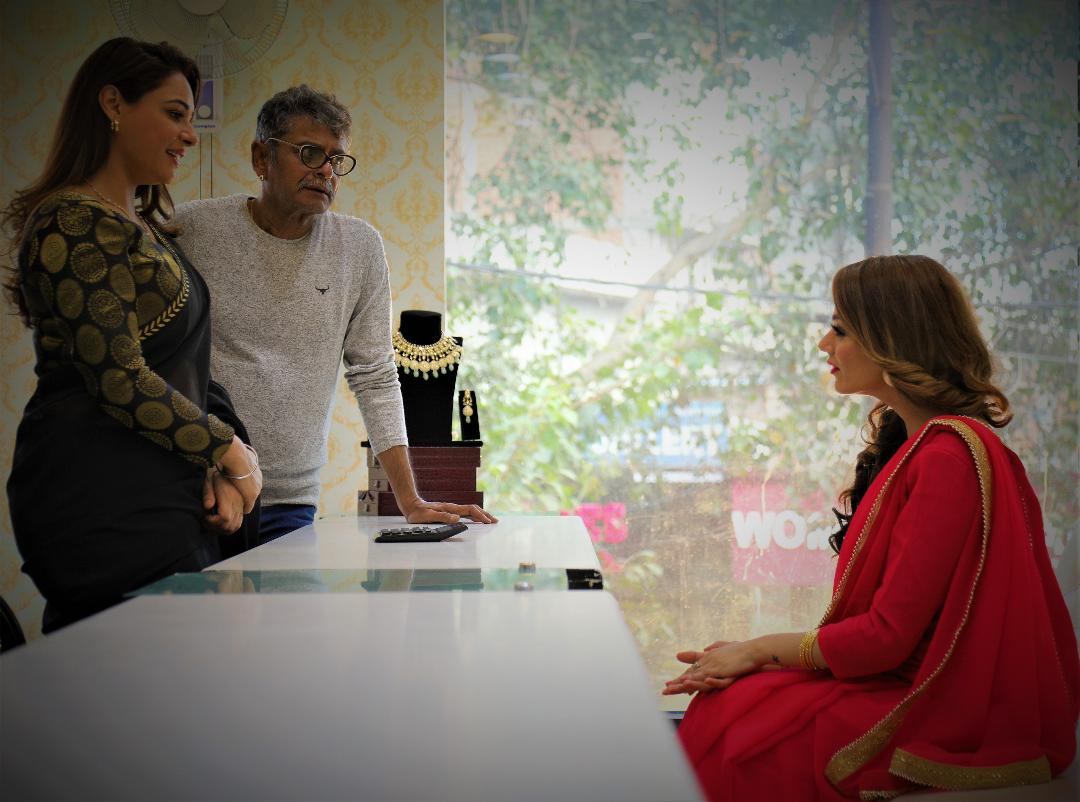 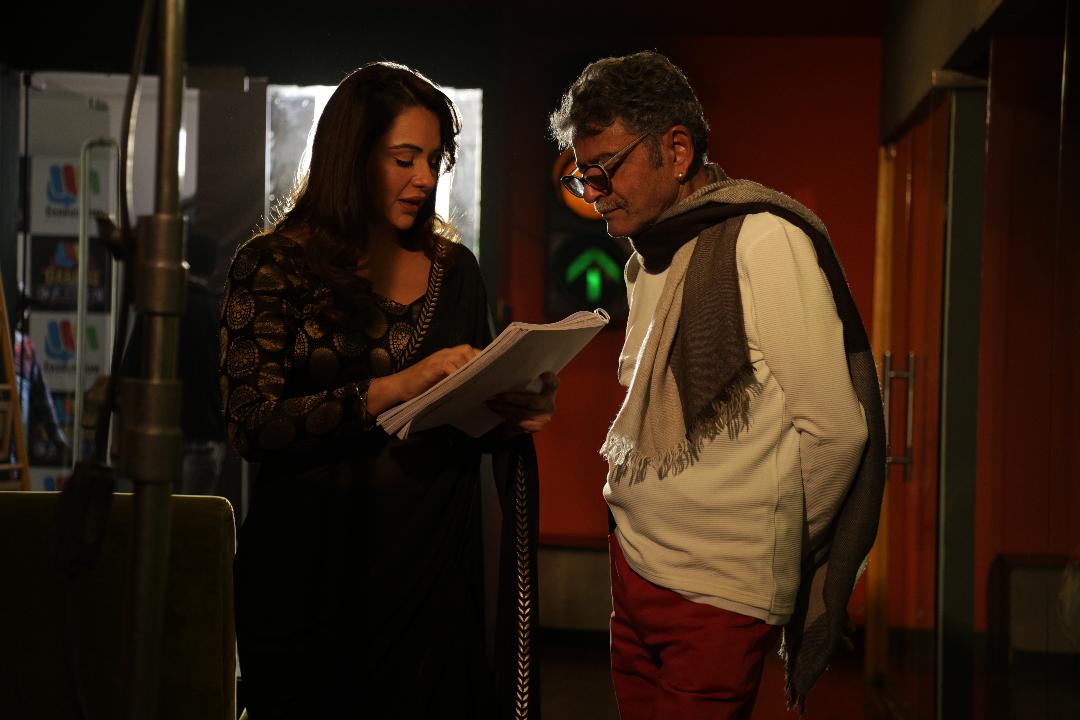