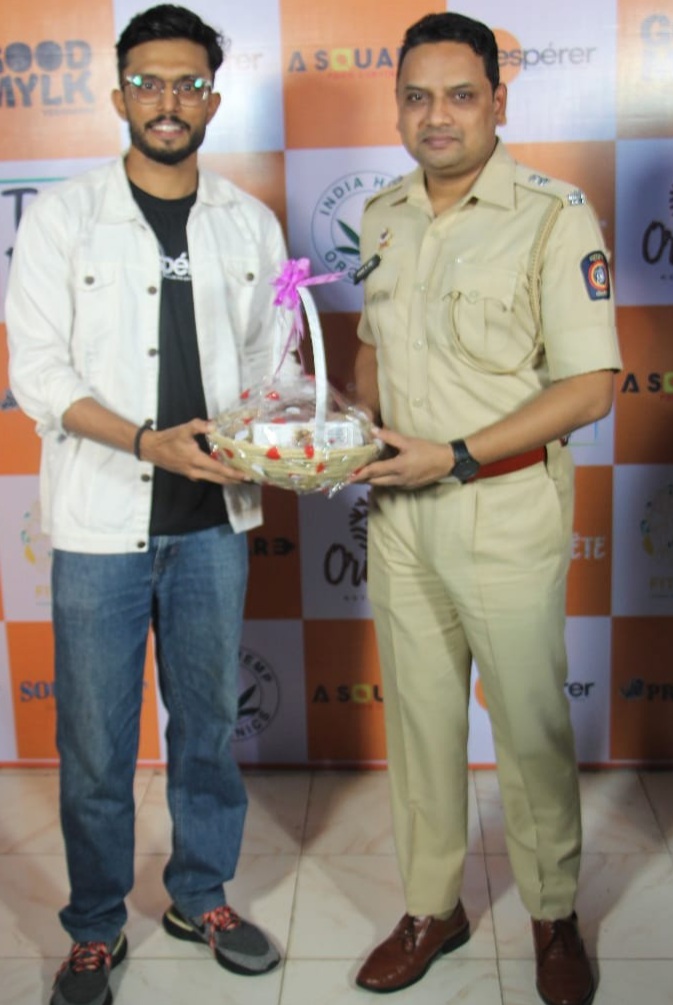 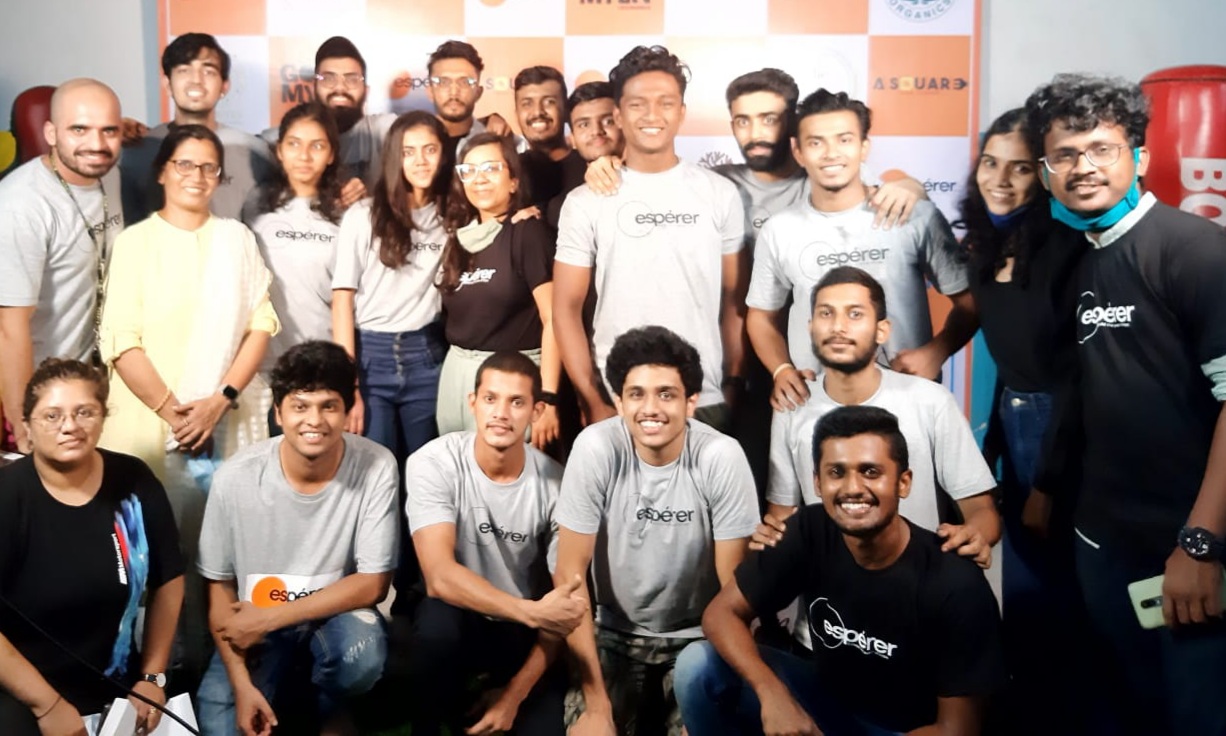 As Commonwealth Entrepreneur Club (CEC) headed by noted entrepreneur Swaraaj Kapoor joined hands with Gandhi-Mandela Foundation, Kapoor has pledged to carry forward the works and ideals of iconic late Nelson Mandela to further heights as he spoke recently at a solemn function in New Delhi to pay glowing tributes to legendary Mandela on his 103rd birthday which has been marked as a special day by United Nations (UN). 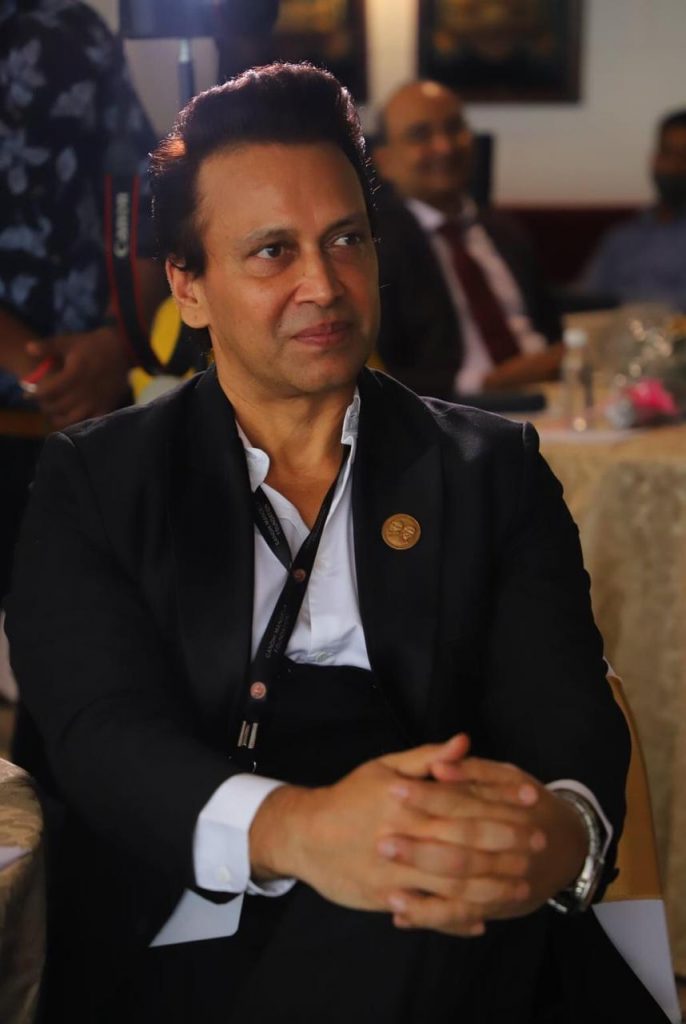 “It’s not just to spend 67 minutes of the day to do good works for the people for the 67 valuable years, most of which were spent in prison, Mandela gave to uphold the rights and dignity of humanity. We should do good works everyday as a fitting tribute  to Mandela,” said Swaraaj Kapoor emphatically.

CEC is a club with head office in UK that promotes bilateral trade and business development in all the 54 Commonwealth countries which were originally British colonies. The Club is now expanding in India and is making a core team of 100 people.

The membership of CEC is free and it’s only by selection and reference and due diligence by core team from UK which compromises of all Lords and Earls and Sirs of England.

It was a perfect synergy of ideology of the great man late Nelson Mandela.

Keeping the sprit of the legend, the unparalleled symbol of suffering and triumph for his fight against apartheid, racism and restoring decorum and dignity back to Africa and rest of the world, similar principles Commanwealth Entrepreneurs Club has inculcated with performance leader also for business, education and governments with Swaraaj Kapoor as Global President  of Comonwealth Entrepreneurs Club.

“At CEC we have many interesting and meaningful plans for future which we’ll spell out phasewise,” said Swaraaj Kapoor with a high degree of optimism adding, “Rembember, Commonwealth is about 54 countries 250 billion population and 10 trillion dollar business and trade.

Posted By: The Times Bollywoodon: July 20, 2021In: Parties & EventsNo Comments 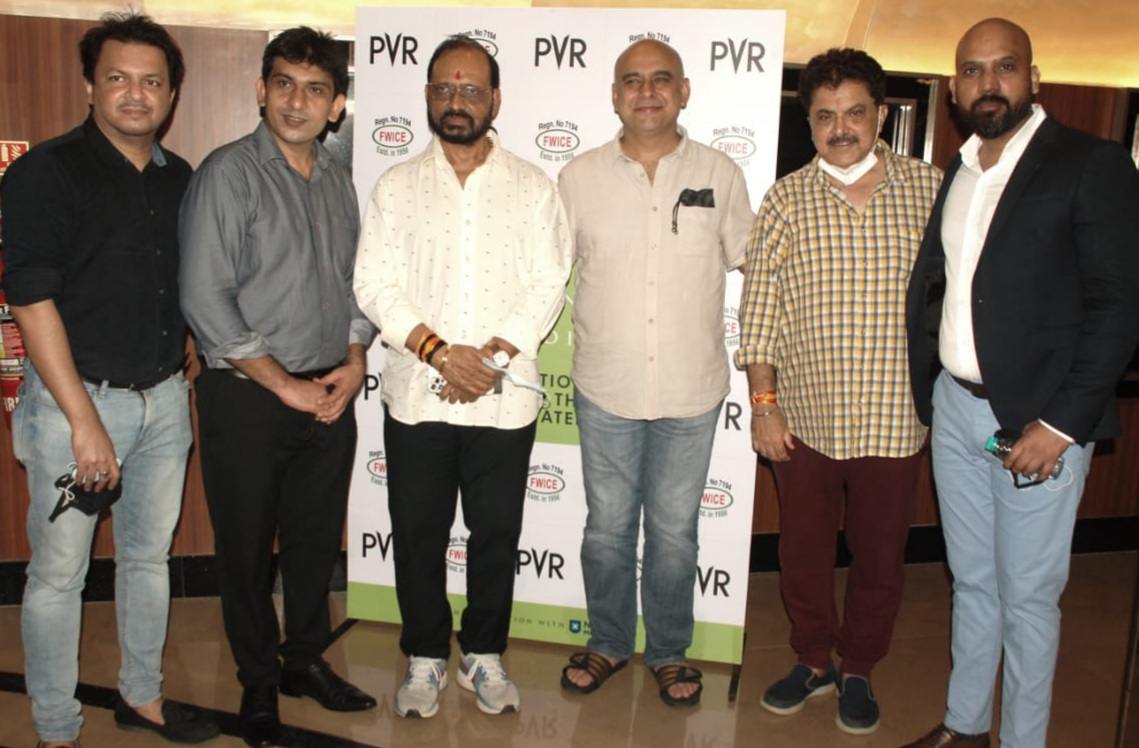 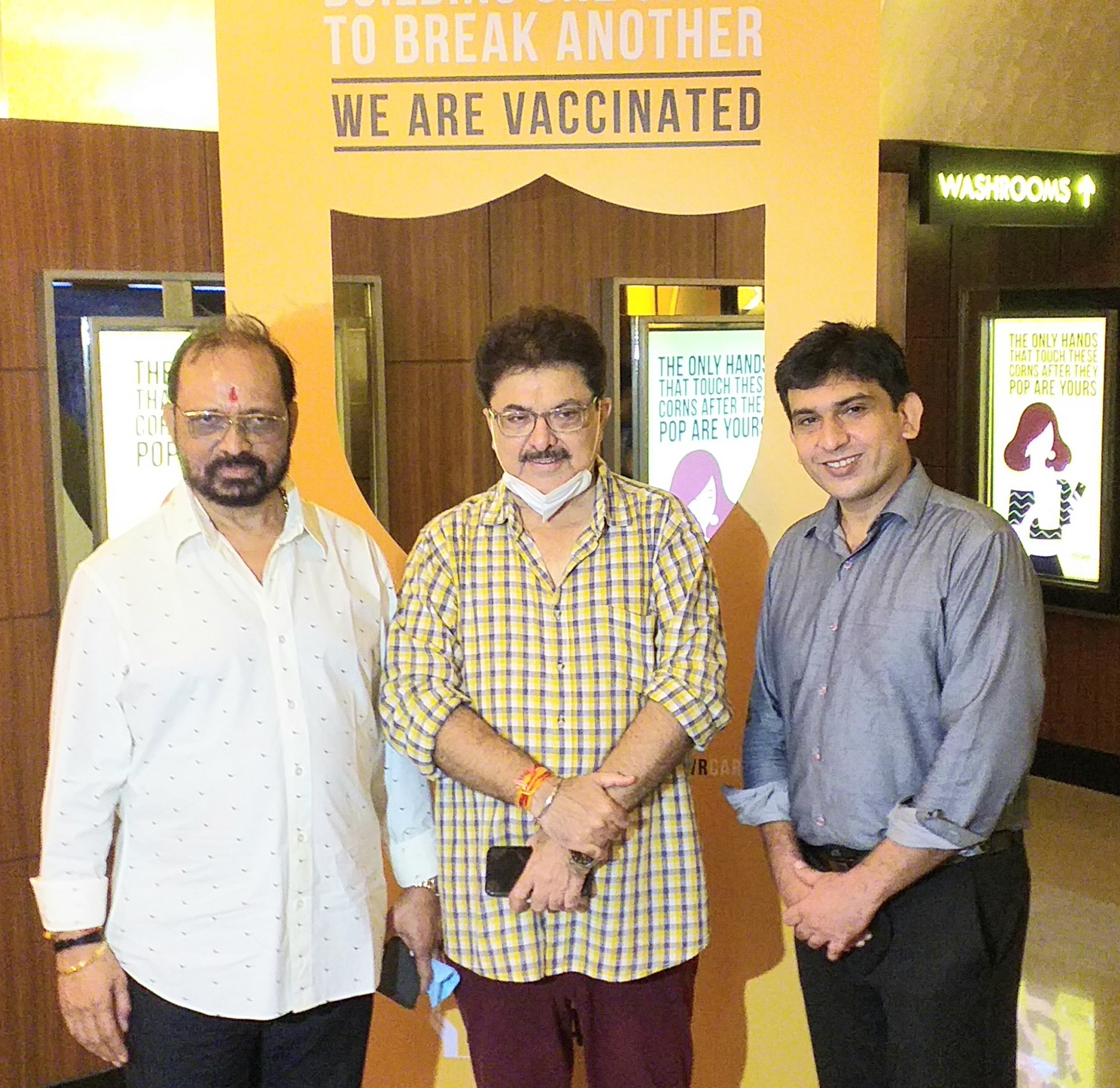 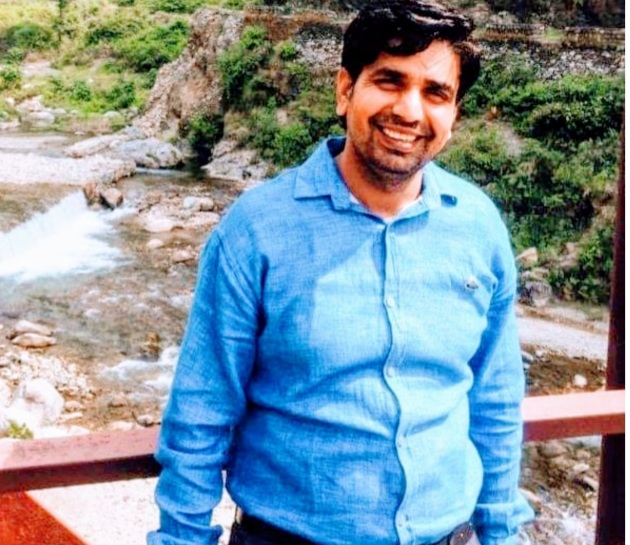 Now Jaivindra Singh Bhati has also turned a director himself and quite a few films of his are on the anvil. Jaivindra Singh Bhati is right now working on two of his projects.Jilla Gautam Budh Nagar and Cable TV Ek Prem Kahani Aisi Bhi are two films which have very unusual concepts. He is also making a comedy film called Cable TV Ek Prem Kahani Aisi Bhi.It is about three friends who are working in a Cable TV company. They are very naughty and mischievous to the core. It is the story of how a young pretty girl enters their lives and how their lives change . The film is expected to be loved by one and all while Jilla Gautam Budh Nagar is an out and out action movie based on  the life of a gangster. How did Jaivindra think of directing the films?. “When I used to read the scripts of my films earlier, I used to think that  many scenes have the potential to turn out to be magnificent and praiseworthy.However, when the scenes came to my hand, I realized that the directors had not been able to convey exactly what I felt that they would set out to convey. I then realised that if I handled the direction too, then things would not at all go amiss and I can make a film the way I conceived it.”
Jaivindra Singh Bhati feels that handling both production as well as the direction are going to be very challenging by themselves but then he is of the opinion that till you face a challenge, you will not be able to achieve anything tangible in your life. Jaivindra is basically a businessman who hails from Noida and even while producing films , he had started gradually learning and what’s more . understanding the intricacies of the craft of direction and its nuances slowly. Jaivindra Singh Bhati is planning to shoot his films in Greater Noida, Bhulandshaher, Agra and Uttarakhand. Jaivindra gives utmost importance to the story while making a film and always casts an actor only on the basis of what the requirement of the story is. Jaivindra also also gives a lot of importance to lyrics as well as music in all his films.Says Jaivindra, “The music of any film has the strength as well as the capacity to make a film a hit or a flop and hence I always make it a point to get the songs of my films recorded in the voices of versatile playback singers like Arijit Sen, Sunidhi Chouhan, Pavni Pandey, Jonita Gandhi etc” 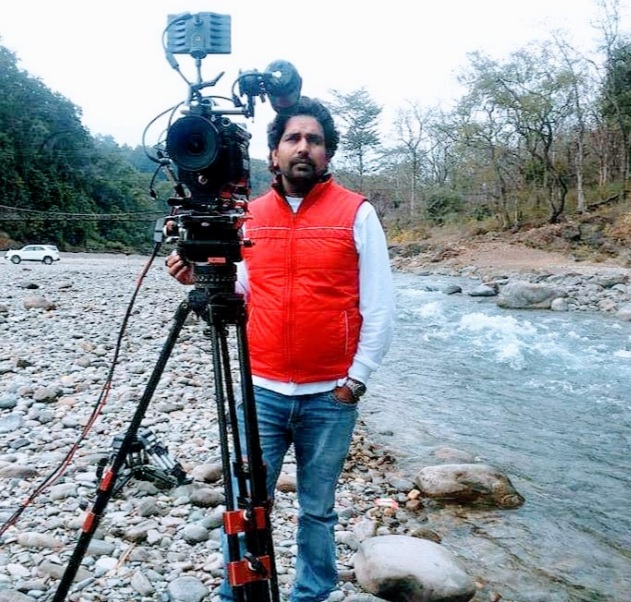 Javed Ali and Sadhna Verma has now sung a chartbuster number Yaara released under the
T-Series Music.The good looking star pair of Aamir Shaikh and Zoya Zaveri can be seen in the video shot for the song Yaara, which is making a lot of waves of late
Javed Ali and Sadhna Verma have added lustre to the song with the mellifluous and sonorous voice, the video of which has been shot brilliantly by director Azad Hussain on Aamir Shaikh and Zoya Zaveri. Though the song begins with Aamir Shaikh’s voice, Javed Ali and Sadhna Verma take the song to its culmination with their voices . The song has been shot at picturesque locations and make you feel that the song ought to be a part of some big banner star studded film. While Aamir Shaikh looks handsome in the number, Zoya Zaveri looks bewitching and attractive and steals the thunder. It may be noted that Javed Ali is today revered as one of the big A grade playback singers in Bollywood with hit songs in hit films like Naqab, Ghajini, Jodha Akbar, Yuvraj, Dilli 6, Robot, Ranjhana, Dabangg 3.
Javed Ali has also served as one of the star judges in reality shows like Indian Idol and Saregama while Yaara is Sadhana Verma’s second song, after she had made her debut earlier with the song Apni Kahani also brought out by T-Series. The song Apni Kahani was appreciated by the listeners and also bigwigs in Bollywood showered love on her and her voice in a big way. The song Apni Kahani was sung by Shahid Mallya and Aamir Shaikh too along with Sadhna Verma. The song had also garnered a million views and become extremely popular when it was unveiled. According to Sadhna , the entire credit for her phenomenal popularity ought to go to her husband Santosh Verma and her family support and says that the immense support extended to her by her husband is just unimaginable.
It is worth mentioning here that Aamir Shaikh is a besides being a good singer also an award winning sound engineer and has done the recording, mixing as well as the mastering of several songs in Bollywood like for example, films Bodyguard, Namaste London, Shakalaka Boom Boom, Apne, ect… and has been a singer as well as actor for many music companies like Zee, T-Series,Venus and Worldwide Records and this is the first song where Javed Ali’s voice has been picturised on Aamir Shaikh.
Zoya has already been a ramp model, catalogue shooting, print and calendar shoots. Zoya has acted in a music video called Nayi Nayi Aashiqui for Sony Music. Zoya had also acted for Zee Music’s Tera Hone Chala which also elicited a terrific repons. Zoya has also acted in a leading role in South film as well as a web series for Red Prime, which is slated to release very shortly.
Each and every member of the team has worked very hard on the music video and hence it is no wonder that heaps and heaps of praises are coming in the way of the makers of the video which is increasing day by day.

Posted By: The Times Bollywoodon: July 17, 2021In: Celebrities NewsNo Comments 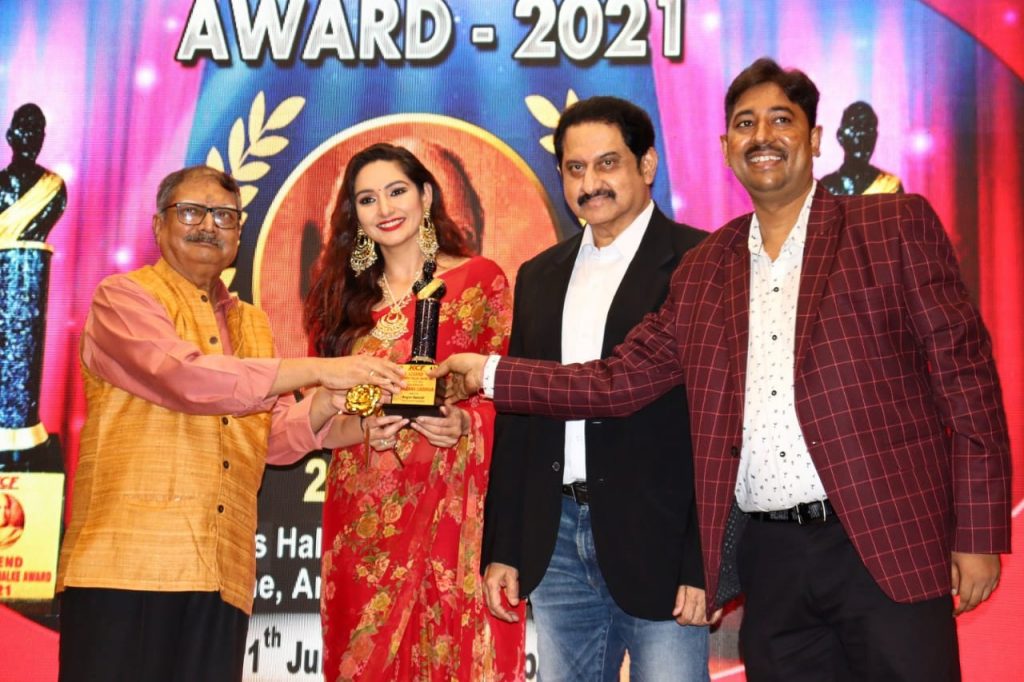 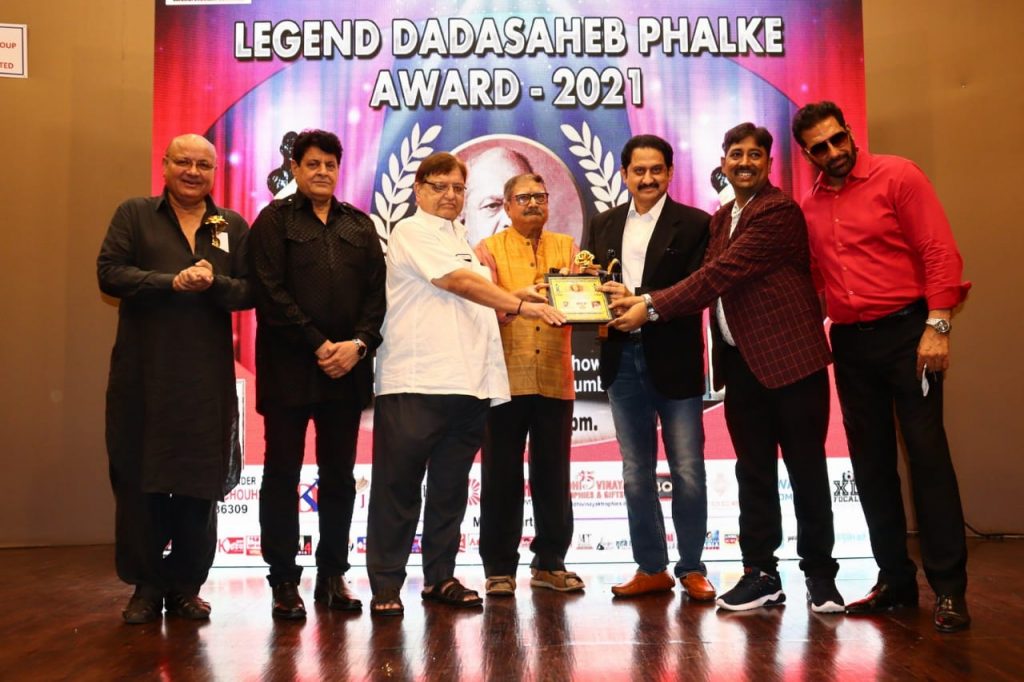 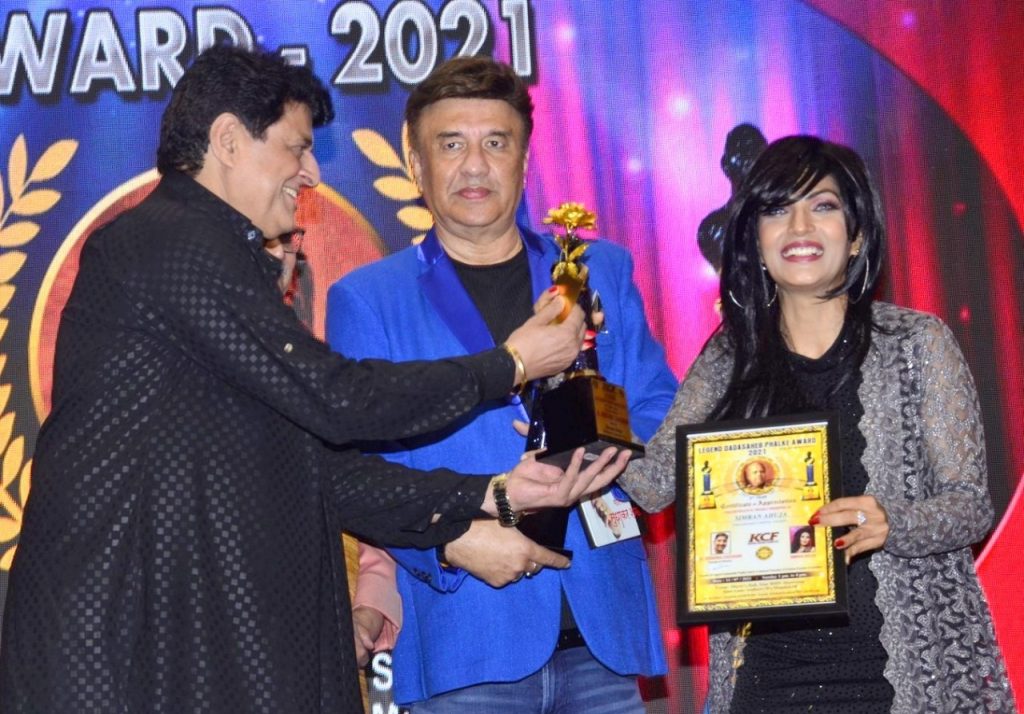 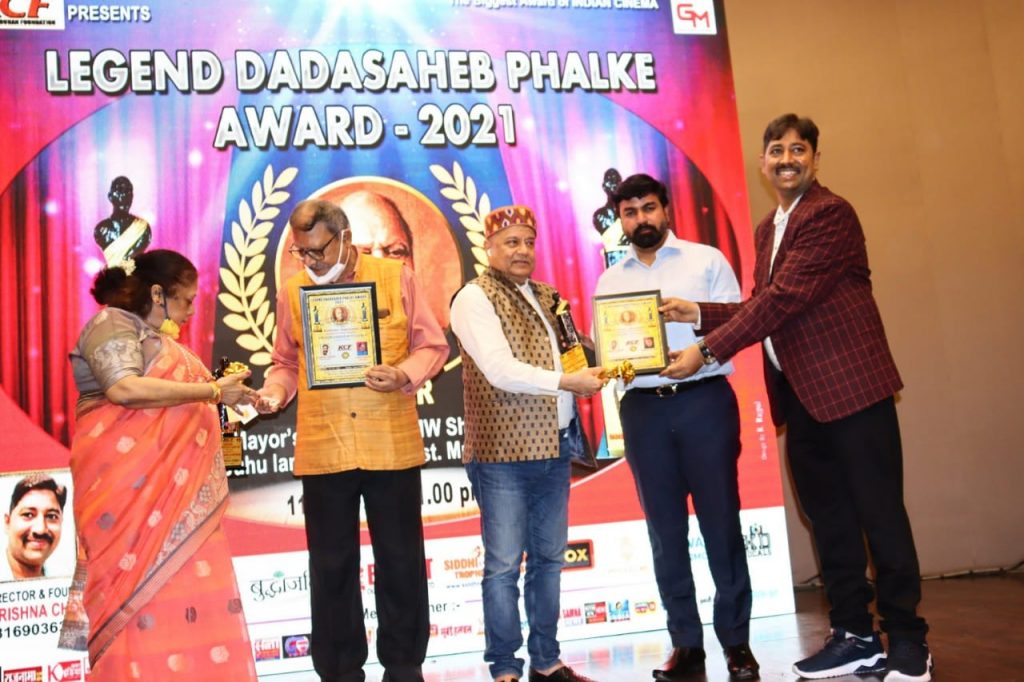 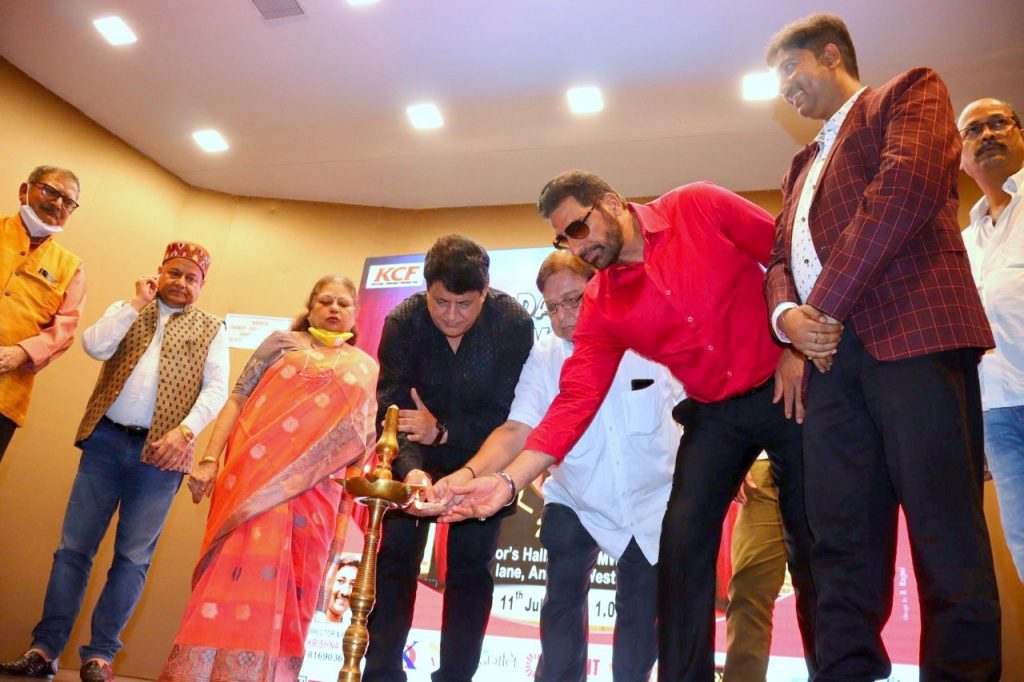 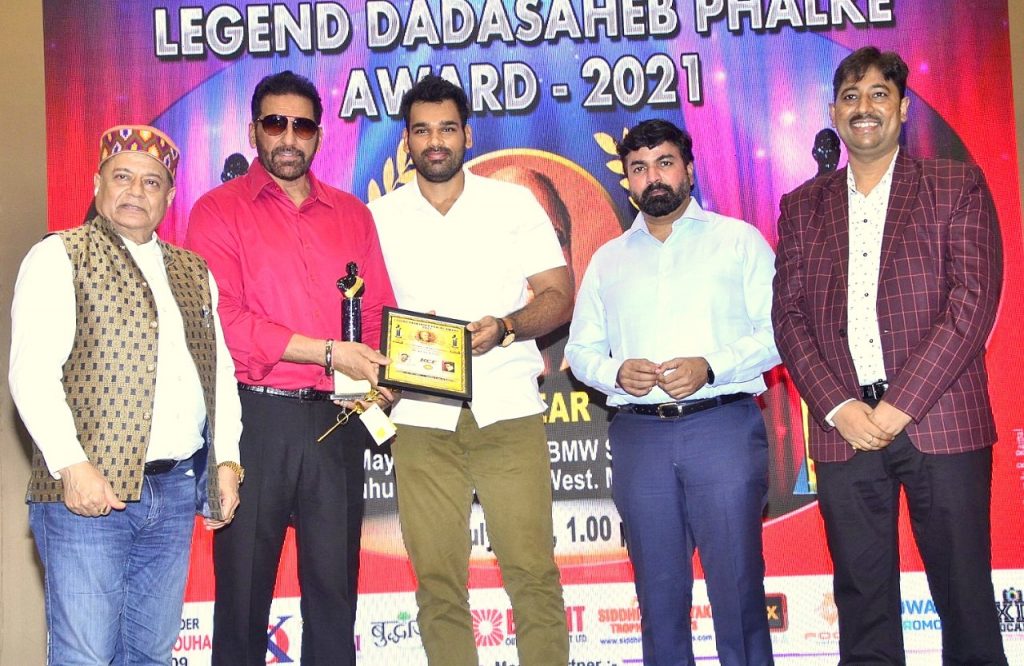 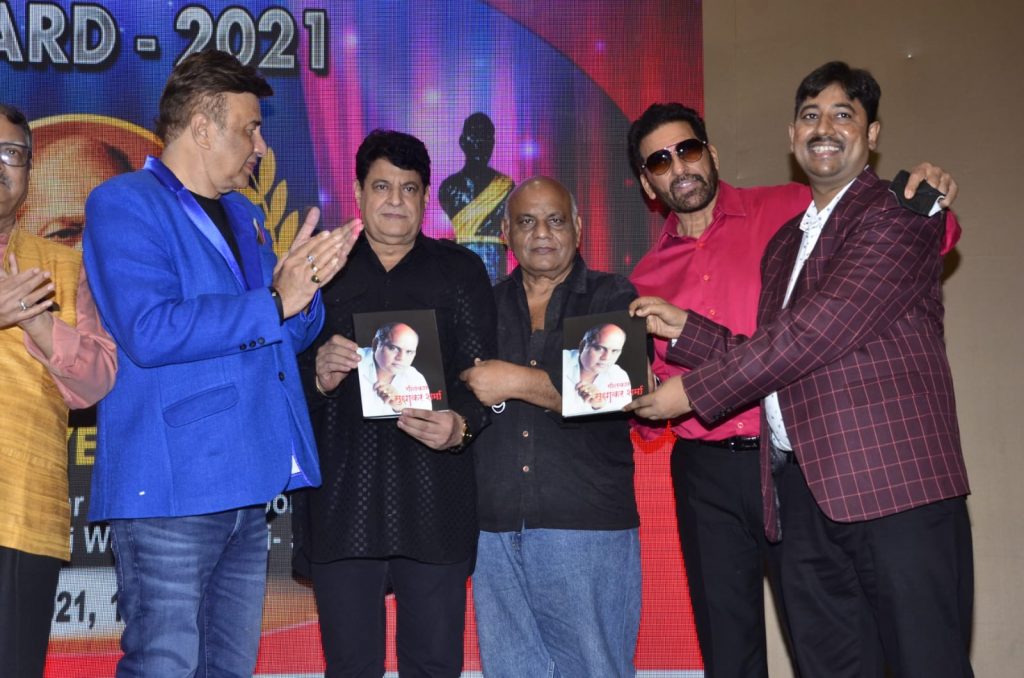 Posted By: The Times Bollywoodon: July 12, 2021In: Celebrities NewsNo Comments

Vivek Gautam, who worked as an Associate Casting Director in Akshay Kumar’s blockbuster music video “Filhaal”, is being discussed a lot these days. 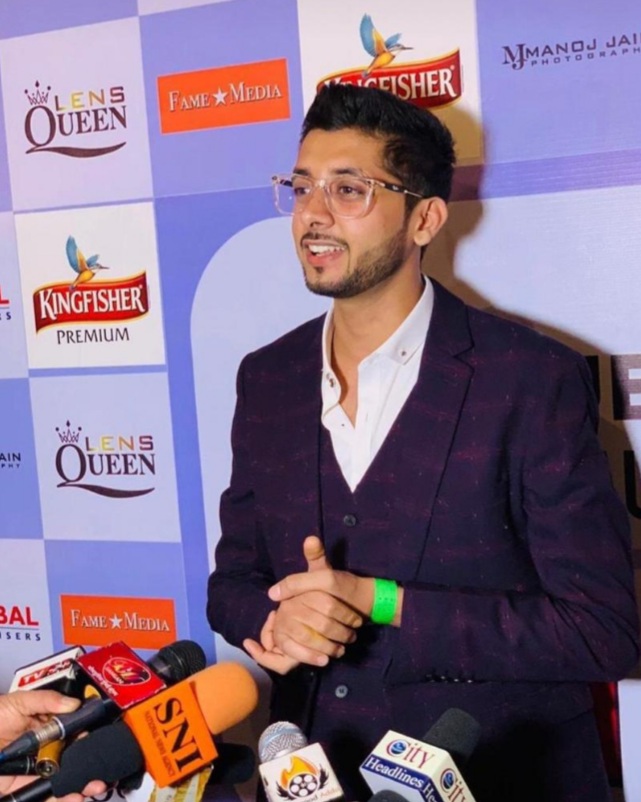 He has done many projects till now. As an Associate Casting Director, he has worked for many Television serials and now for almost 10 music videos including Mastani, Dooji Vaar Pyaar, 2 Hindi films and a web series. He has also done some more work with the team of Director Arvind Khaira, lyricist Jaani and Singer B Praak .
The journey of Vivek Gautam, a resident of Kharra, a small village in Rewa district of Madhya Pradesh, to become a casting director has been full of struggles. In this field he started his career as Crowd Coordinator, then he became Junior Artists Coordinator, then worked as Assistant Casting Director, then Associate Casting Director and now he has done some big projects as Independent Casting Director.
You will be surprised to know that Vivek Gautam did his first project in a casting agency in 2015 as an intern casting, for which he did not get any remuneration but he worked there to gain work experience and learn work. His passion and sincerity towards his work made him succeed and reach where he has reached today in life. 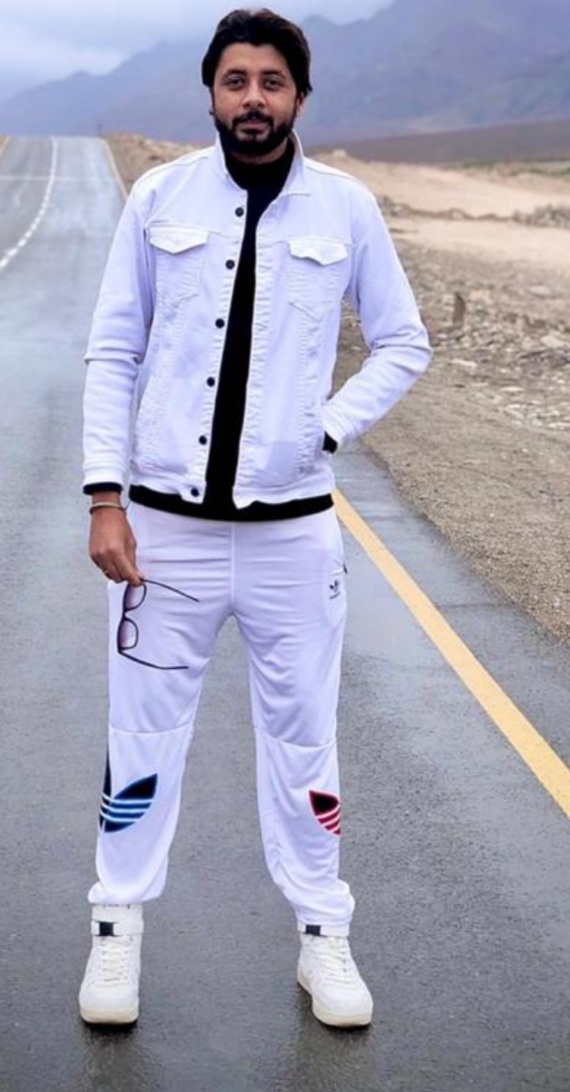 Casting direction is a job of great responsibility, Vivek Gautam admits, that there are a lot of challenges in this field. Some people even hate casting directors because they have to cast only one artist at a time. Some people called him a man with a great attitude and ego but then considering his responsibility, he started taking these things lightly.
Many casting directors of Bollywood have also become producer & directors, he too always wanted to be a director. That’s why he spends most of his time on the sets with the director on his projects and understands what directing and film making is all about.
His upcoming projects are 2 Telugu films with a better star cast, a Hindi film, a web series “Udhamgarh” and a few more music videos.
As a casting director, he finds it very challenging but satisfying to cast according to the film or character. First you have to take the audition, and before that you have to read the whole script to understand about the characters. Then the director’s choice has to be taken care of, the actor’s talent has to be seen, his available dates need to be checked too. This is a long process but at the end its a responsibility and once full filled makes you happy.
When asked he said “He feels that nowadays casting directors are getting due credit. There is a good response from the director and the production houses. Because the right and perfect casting plays a huge role in the success of a project.
In the coming time, he is also casting for Fimi Productions music videos and movies.
Vivek Gautam considers Mr Riyaz Immi as his Role Model & Mentor in casting, from whom he has gathered a lot of experience and knowledge.
Share 0
Tweet
Share 0
1234›»