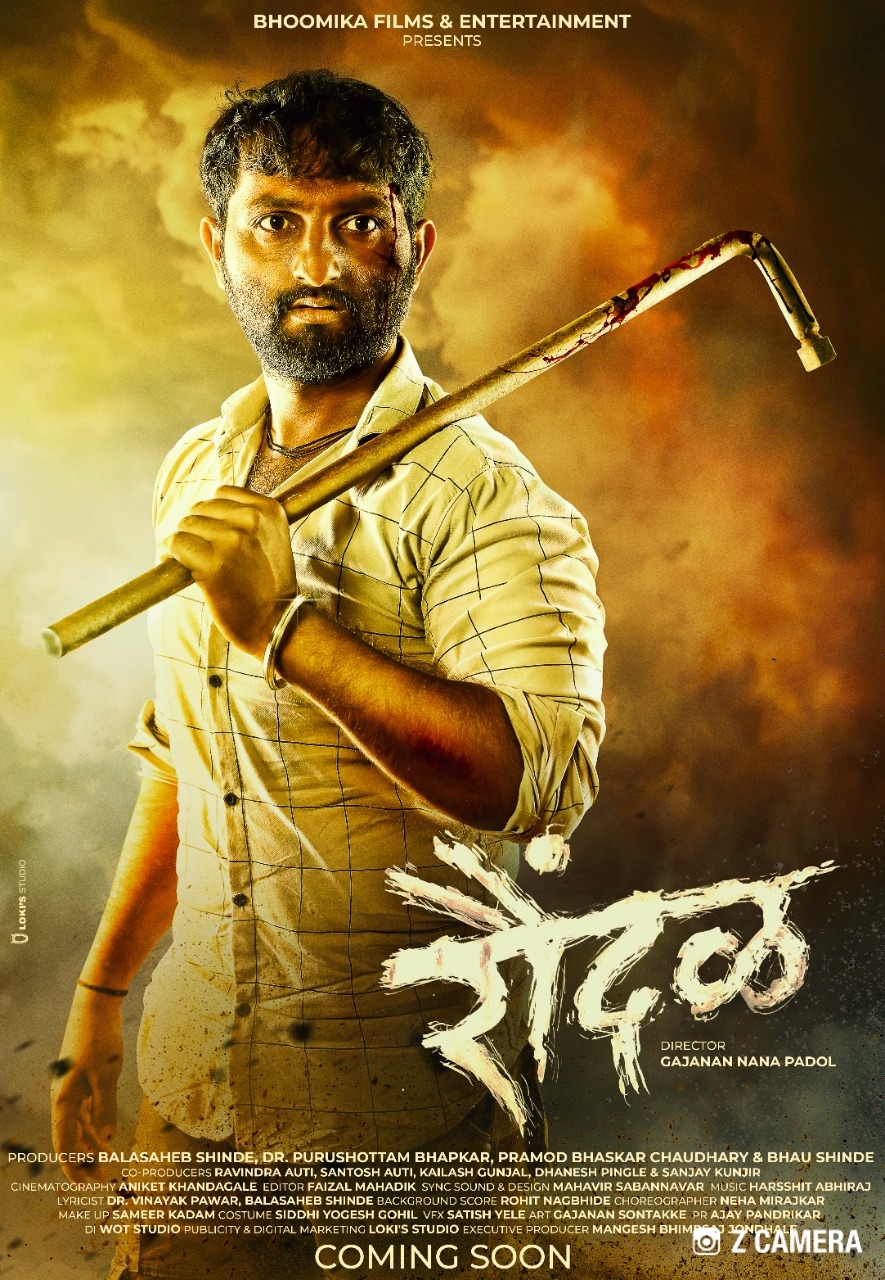 Bhausaheb Shinde’s ‘Raundal’ teaser Launch… ‘Raundal’ will be released in Hindi as well as Marathi.

Bhausaheb Shinde’s ‘Raundal’ teaser Launch…
‘Raundal’ will be released in Hindi as well as Marathi.

Marathi cinema, which is famous all over the world for its content, has a lot of action movies. But now, to fill this gap, a dashing action film is coming to the audience. The action film ‘Raundal’, which has been generating curiosity since the announcement of the film, is all set to entertain Marathi as well as Hindi audiences. The teaser of this film has been launched recently. Bhausaheb Shinde, who appeared in the lead role in ‘Baban’ after the National Award winning film ‘Khwada’, will be seen in the dashing of the film ‘Raundal’. The film will be released in Marathi and Hindi across India.

Under the banner of Bhoomika Films and Entertainment, Balasaheb Shinde, Dr. Purushottam Bhapkar, Pramod Chaudhary and Bhau Shinde have produced the movie ‘Raundal’. After the poster of the movie ‘Raundal’ worked to create curiosity among the audience, now its eye-catching teaser has been released. Gajanan Padol has directed this movie. The teaser of ‘Raundal’, which has no dialogue, is eye-catching. The released teaser hints that ‘Raundal’ will be packed with action. Bhausaheb’s dashing look seen on the poster is also seen in the teaser. The gangster-busting brother will be seen in this, and he will deserve applause and whistles. Bhausaheb’s film has raised curiosity since the release of the first look. A teaser has also been added to this. The exciting teaser of ‘Raundal’ is making the audience excited. After watching the teaser, one can expect something exciting to be seen in this film. The secret of which actress Bhausaheb has paired up with in this film has not been revealed yet. Apart from this, the names of other artists are also in the bouquet.

Regarding the teaser of ‘Raundal’, Bhausaheb said that ‘Raundal’ is a modern action movie in Marathi. Never before seen action scenes will be seen in this movie. A major plus point of this movie is the plot which keeps the interest from the beginning to the end. The entire team of ‘Raundal’ is trying to present a perfect piece of art to the audience by adding melodious music to it. Bhausaheb also said that Gajanan Padol has made ‘Raundal’ using the latest technology while directing beautifully.