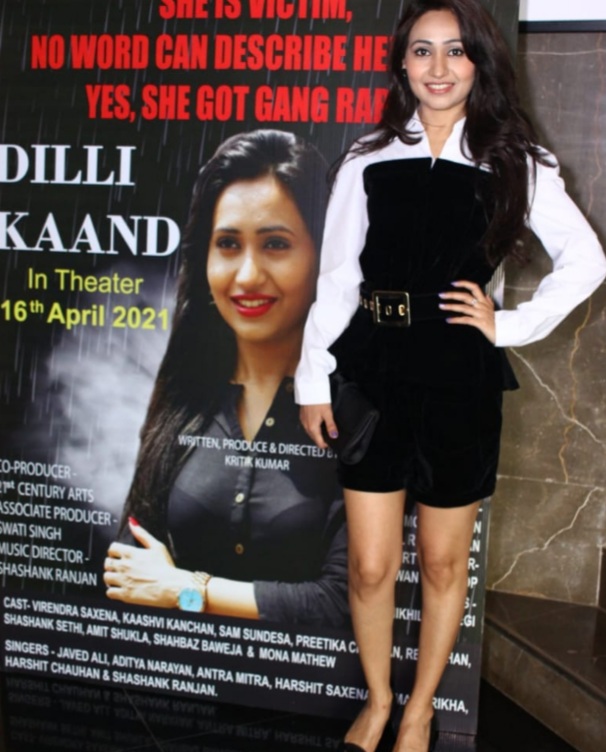 Posted By: The Times Bollywoodon: April 06, 2021In: Movies reviewsNo Comments
The trailer of “Dilli Kaand”, a feature film based on several rape cases in Delhi, was launched on 2nd April 2021 at Cinepolis theatre in Mumbai.
Writer/director & producer Kritik Kumar & Film Music releasing by Zee Music Company. 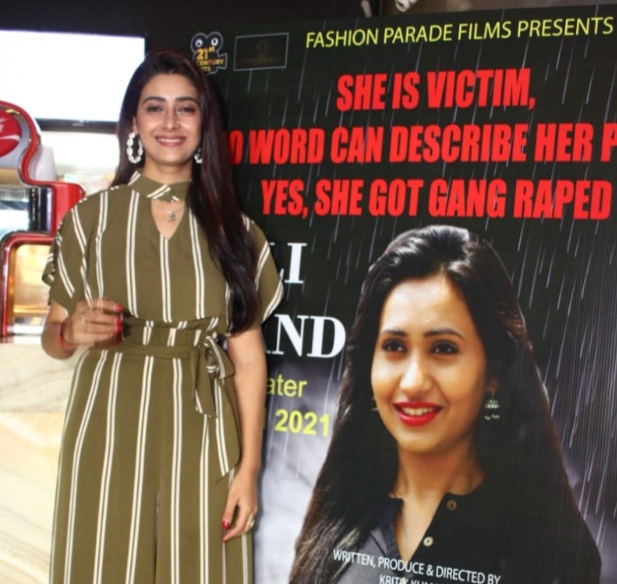 The film will be released in theaters on April 16th 2021. Director Kritik Kumar, actress Kaashvi Kanchan, Preetika Chauhan & Shaahbaz Baweja were present at the launch.
Speaking to the media;  the film’s director & producer Kritik Kumar told that from the trailer of the film, you feel that the film is based on the Nirbhaya case but in reality it’s based on all the incidents of rape in the country. 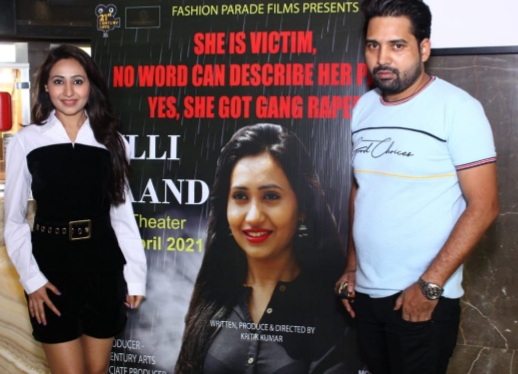 So far the investigation of gang rape case has been shown in many films whereas in our film we have shown what happened inside the bus & how it happened.
Also, what goes on a girl, how much pain does she have to endure, what happens to her family, all these things are depicted in the film.
Through this film, we have also tried to give the message that people should raise their voice against persecution, rape or molestation of a woman. People don’t come forward to help.
Producer/director Kritik Kumar further said that it took me 6-7 months to get the film censored. The censor board asked me to keep a rape scene of 4 minutes, whereas in my film there was a 12 minute scene, then a lot of scenes were cut & eventually a 9 minute scene was kept. 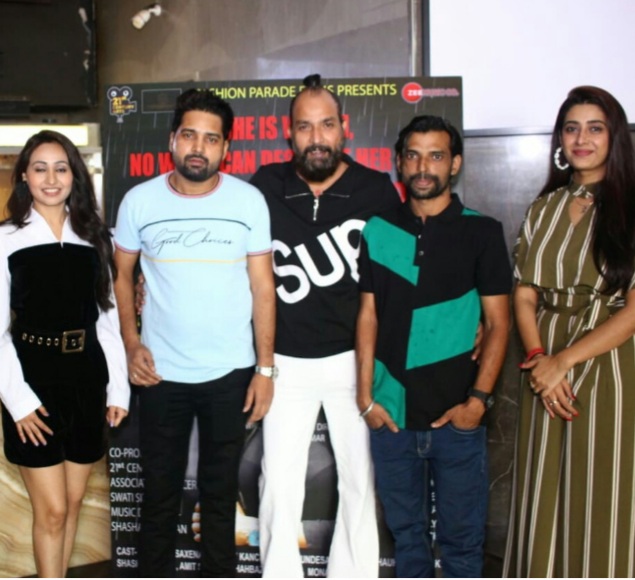 Produced under the banner of Fashion Parade Films, the film has been co produced by 21st Century Arts. South actress Kashvi Kanchan has played the role of a girl victim of gang rape.
In the film, Shaahbaz Baweja has done a challenging role of rapist. Virender Saxena plays the role of the father of the girl who was raped in the film, while TV actress Preetika Chauhan plays the role of a journalist.
Share 0
Tweet 0
Share 0
Share
Share