Posted By: The Times Bollywoodon: March 20, 2022In: TV NewsNo Comments 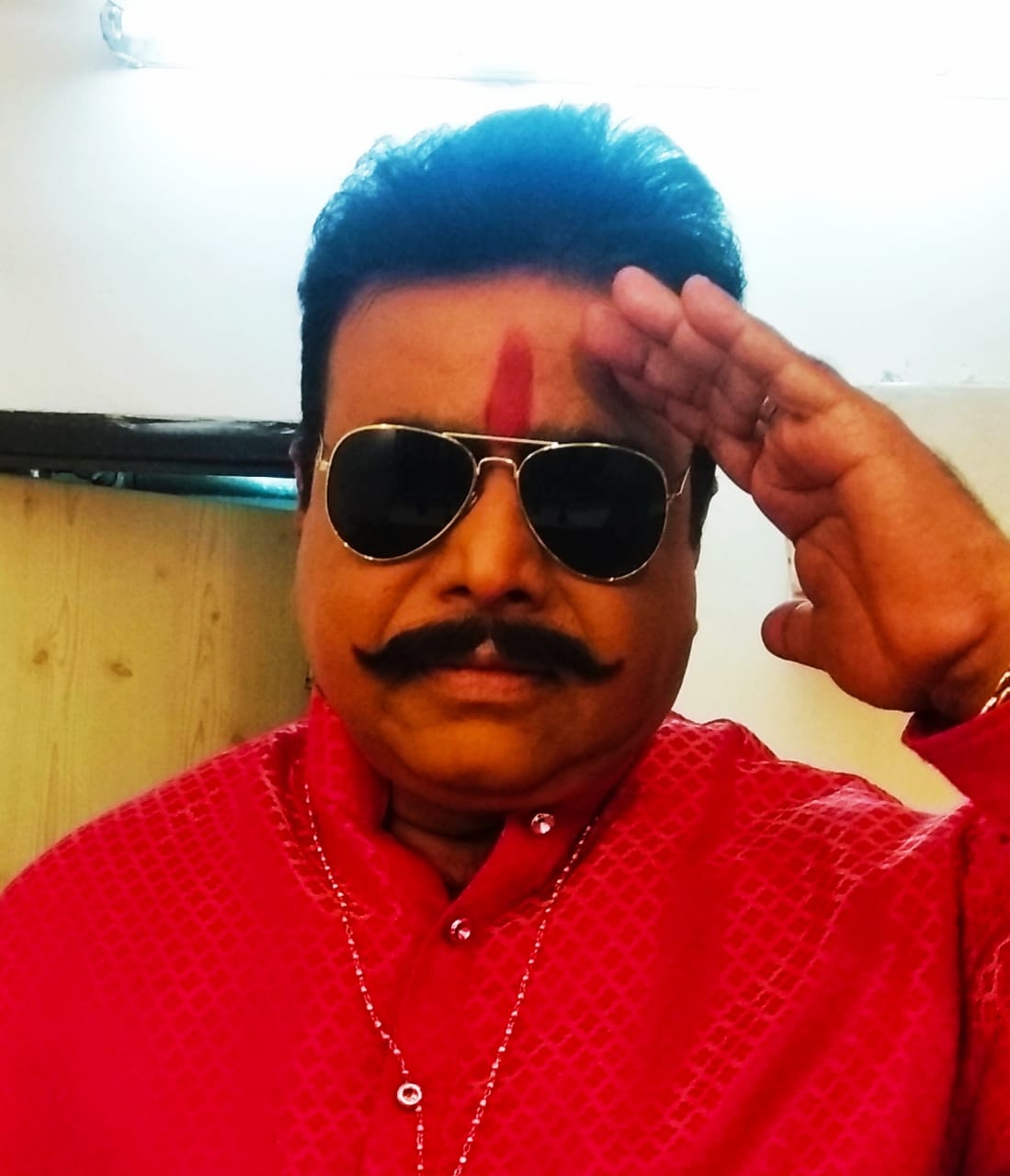 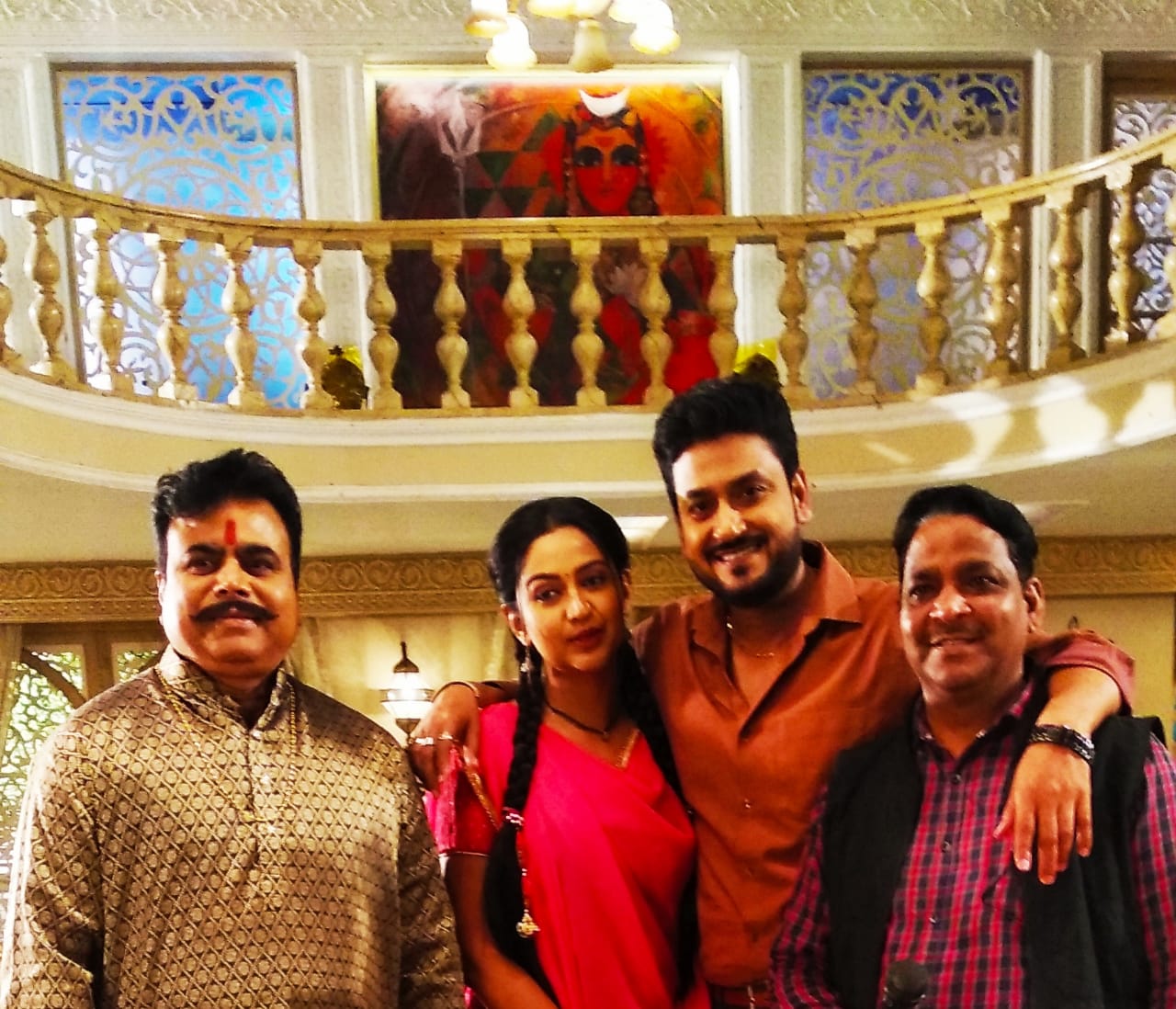 Posted By: The Times Bollywoodon: November 06, 2021In: TV NewsNo Comments

Zee TV’s popular fiction show, Kumkum Bhagya has been an audience favourite courtesy its intriguing plot and the authentic portrayal of relatable characters like Abhi (Shabbir Ahluwalia), Pragya (Sriti Jha), Rhea (Pooja Banerjee), Aaliya (Reyhna Pandit), Tanu (Leena Jumani), Ranbir (Krishna Kaul) and Prachi (Mugdha Chapekar). While all the actors have been working round the clock to keep their viewers entertained, looks like Pooja Banerjee has finally brought some ‘Good News’ for one and all!

Pooja Banerjee aka Rhea recently opened up about her pregnancy for the very first time and everyone has been over the moon after hearing this piece of news. The actress, who is six months pregnant, has been shooting for the show continuously and also mentions that she is happy to continue shooting till she feels fine. In fact, she came to know about her pregnancy on the sets of Kumkum Bhagya itself and ever since then, her team has been extremely supportive and has also made her feel at home.

Talking about her pregnancy, Pooja Banerjee reveals, “Sandeep and I are really excited and happy to announce our pregnancy. To be honest, we’ve wanted to start our family since a couple of years now, however, we never put a timeline on it. We always thought that whenever it has to happen, it will happen, and I guess we’re going to be parents at the most perfect time! We are in a very happy space and touch wood; I feel everything is falling in the right space. We are gearing up for the baby to come in and we’ve started reading up about pregnancy, babies and parenting as well. Both of us want to have a daughter, but we will be happy if it is a boy or a girl. I am sure he or she will be the most pampered child for sure.”

Reminiscing the initial days when she found out about her pregnancy, Pooja Banerjee added, “Kumkum Bhagya has been a blessing in disguise for me. I joined the show just after the first wave of COVID-19 and since then, it’s been a joy working on the show. One fine day, I felt that something was not right and hence, I went for a blood test. Around 4 pm, during the shoot, I got the report stating that I was pregnant. I immediately called Sandeep and asked him to come pick me up. He felt that I was not well, but I just didn’t want to break the news over a phone call. When I finally revealed the news to him, he jumped up and started dancing. Since then, I’ve had a lot of support from him, our families as well as the Kumkum Bhagya team.”

Adding further, she mentioned, “Initially, due to the fatigue and morning sickness, it did get taxing. In fact, I even approached the makers with an option to release me if it was getting difficult for them. However, they told me that they wanted me on the show and have been considerate and working around my requirements and comfort. I wish everybody would do that. Working women, who wish to go the family way, should be encouraged to do it. For now, what happens in the future needs to be figured out, but there is still time for it, and I will shoot for Kumkum Bhagya till the time I can.”

While Pooja Banerjee has given us the biggest news of the year, her onscreen character Rhea is all set to plot several twists to separate Ranbir and Prachi. But will she be successful?

To know all this and more, tune in to Kumkum Bhagya every Monday to Friday at 9 pm only on Zee TV

Posted By: The Times Bollywoodon: September 15, 2021In: TV NewsNo Comments

Posted By: The Times Bollywoodon: February 23, 2021In: TV NewsNo Comments 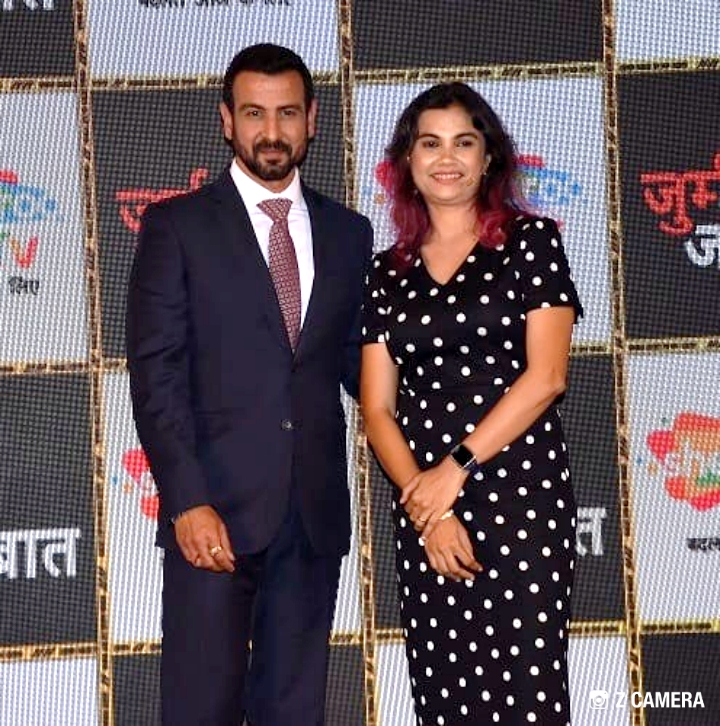 Posted By: The Times Bollywoodon: February 08, 2021In: TV NewsNo Comments 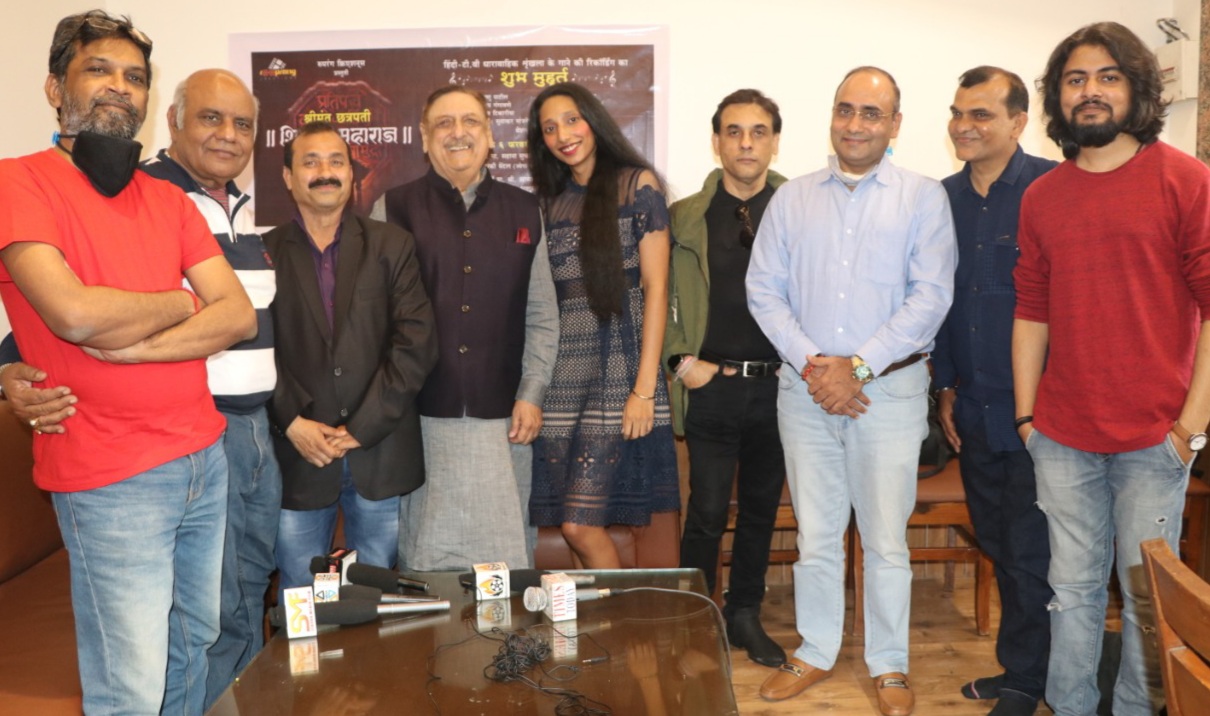 Lots of twist and turn in new episodes of serial Ishq Subhan Allah.

Posted By: The Times Bollywoodon: August 22, 2019In: TV NewsNo Comments 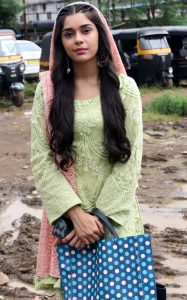 Sabeena convinces Zara and Kabeer to be friends with each other and follow a routine of friendship. Zara on her way to home gets a call from a cab driver who she has met before that his brother-in-law is unfairly divorcing her sister making use of the triple talaq shariya rule. Zara goes there with Kabeer and stops him making him aware of the triple talaq bill passed. Zara has taken part in a fashion competition and Kabeer is helping her in that. Zara calls Kabeer to a place to show him her designs. Kabeer is waiting there on the day of Eid-ul-Azha. Rukhsar has conspired against Kabeer and Zara. Kabeer is thrown into a well as a part of the conspiracy and held hostage so that Zara withdraws her name from the fashion competition.   ZEE TV  Ishq Subhan Allah , telecast at 10 pm – Monday to Friday is produced by Dheeraj Kumar, Zuby Kochar and Sunil Gupta of Creative Eye Ltd .

*Ishq AaJ Kal is the first web series from Creative Eye Ltd to be aired on ZEE TV from 4th July.*

Posted By: The Times Bollywoodon: July 04, 2019In: TV NewsNo Comments 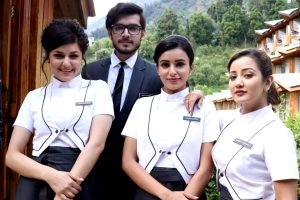 *Producers Dheeraj Kumar , Zuby Kochhar and Sunil Gupta of Creative Eye Ltd are proud to be associated with Zee 5 for first of its kind web seriies Ishq Aaj Kal which is a spin off from their path breaking serial Subhan Allah currently shown on Zee TV. 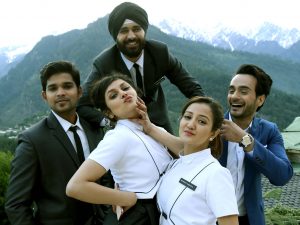 The first of its kind web series with a Muslim background where the entire family shall have something to look fore. An interesting FUSION of two generations in the series. Looking forward to create more seasons of Ishq Aaj Kal with ZEE 5*

Posted By: The Times Bollywoodon: June 10, 2019In: TV NewsNo Comments 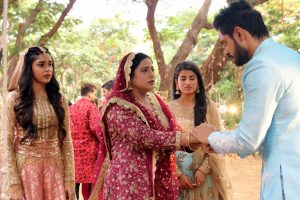 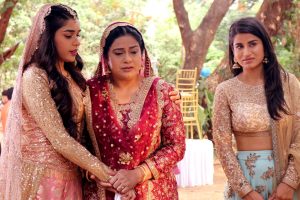 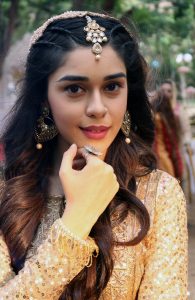 Zara has arranged an Eid party where all the big families are invited. Zara successfully makes a patch up between Aisha and Kabeer (Mother & Son) . Zee TV Ishq Subhan Allah , telecast at 10 pm – Monday to Friday is produced by Dheeraj Kumar, Zuby Kochhar and Sunil Gupta of Creative Eye Ltd . 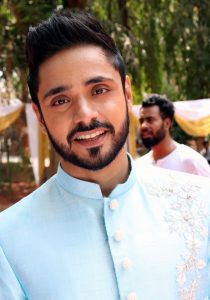 Posted By: The Times Bollywoodon: May 29, 2019In: TV NewsNo Comments 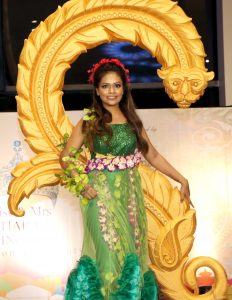 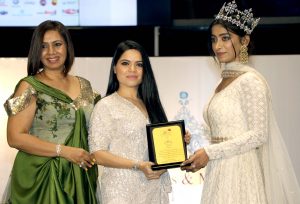 from Film and TV Industry to attend the semi final of 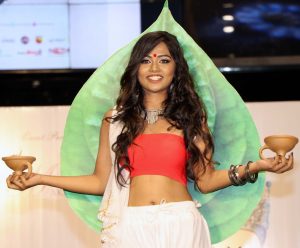 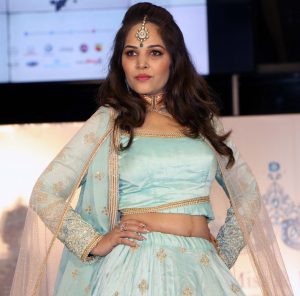 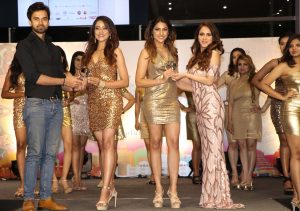 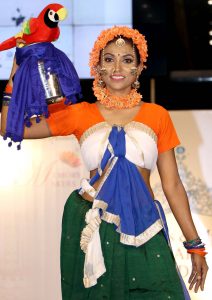 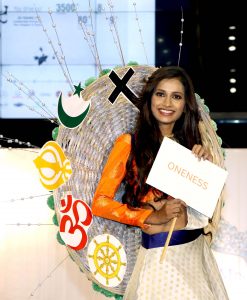 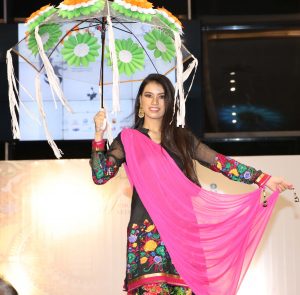 Posted By: The Times Bollywoodon: May 08, 2019In: TV NewsNo Comments 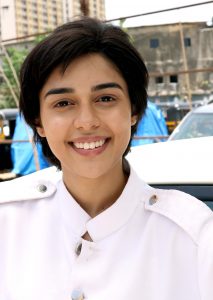 Zara wants to know what’s in Kabeer’s heart. Does he still loves her. And if he does, why is he least interested to see her face. She comes up with a plan with Azra. Zara gets into a disguised look (Taxi Driver) while Azra in a nurse look and they go to Kabeer’s house. But, in the end, she is caught by Kabeer. 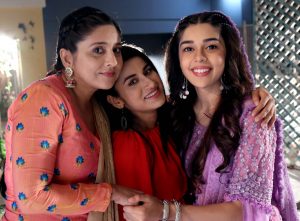 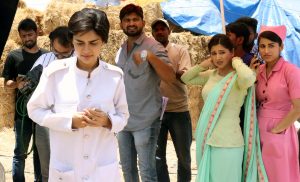 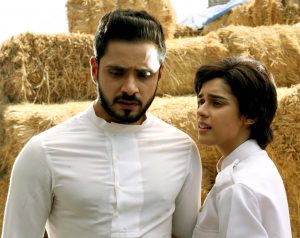