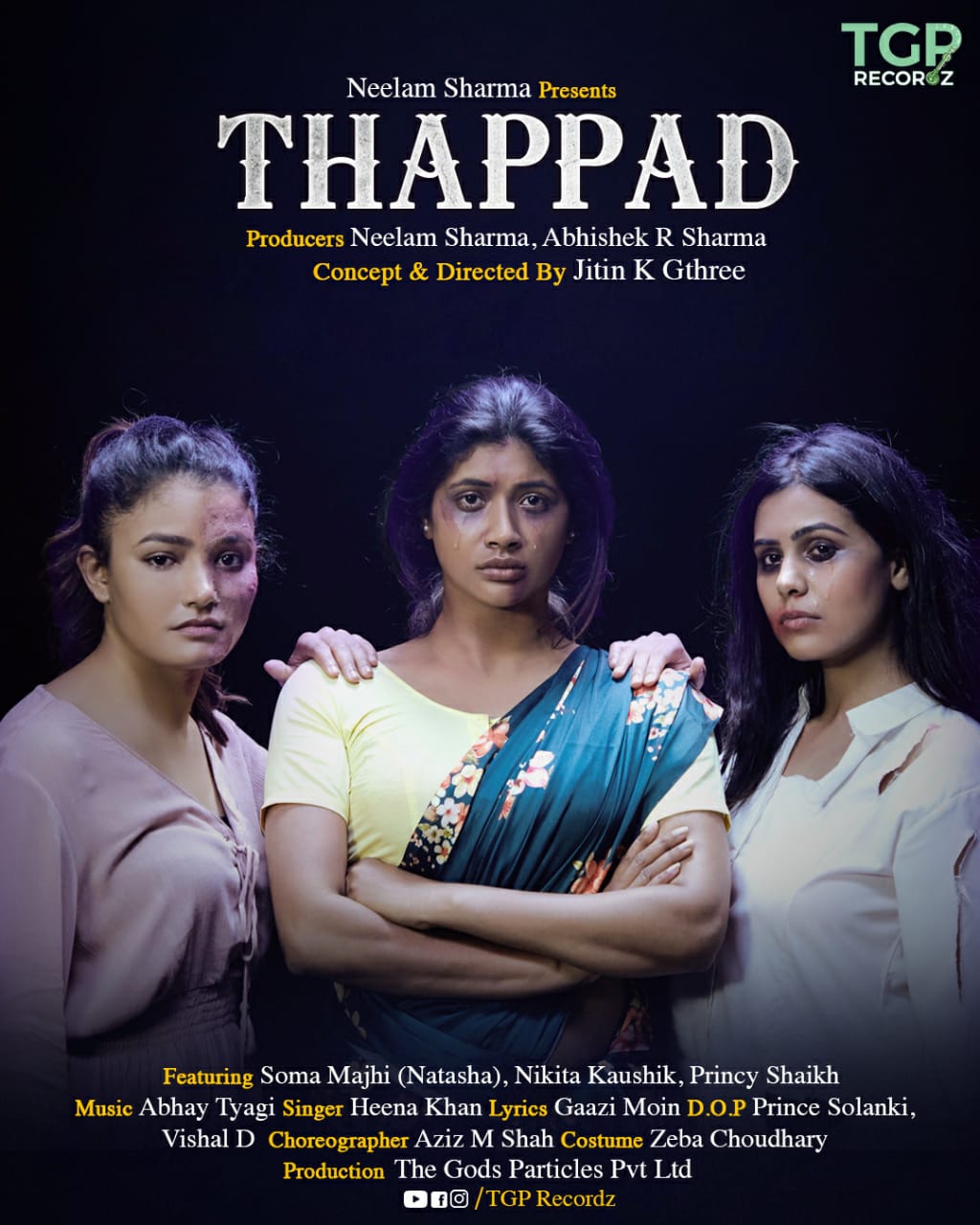 An eye opener music video “Thappad” out Now, presents the feelings of anger arising in women

What is happening today with the girls and women in the country is very scary and a matter of concern. After the Shraddha case, there is a lot of resentment among people, especially women. At this time everyone is pleading for justice for women. In such a situation, there is a need for women to be strong, to raise their voice, enough is enough, now this oppression will not work, there is a need to take a resolution. On such burning issues, director Jitin K Gthree comes up with an eye-opener music video titled “Thappad”. The song had released on TGP Recordz and receiving the amazing response. The teaser and BTS Video has gone viral on social media as soon as it is released and the hashtag #speakup
#enoughisenough
#justiceforwoman is trending these days.

Thappad Song exposes the thinking and mindset of today’s woman. Thappad is actually a symbolic word, which represents the flame of anger rising in women. This song has been shot according to international level video making and says a lot.

Neelam Sharma Presents Thappad is conceptualized and directed by Jithin KGithree. Written by Film Journalist turned lyricist Gaazi Moin, the song is composed by Abhay Tyagi while it is sung by Hina Khan. The song prominently features three actresses Soma Majhi (Natasha), Nikita Kaushik and Princy Shaikh and captures the emotions of today’s women on screen.
This song is produced by Neelam Sharma & Abhishek R Sharma under the banner of The Gods Particles Pvt Ltd. The DOPs of the song are Prince Solanki, Vishal D, Choreographer Aziz M Shah, Costume Designer Zeba Choudhary.

Gaazi Moin, the lyricist of this song, is a film journalist turned lyricis writer. He has been active as a poet and lyricist for years. Gaazi Moin has been presenting his poetry in many Kavi Sammelan and mushaira across the country including Mumbai. His programs are broadcast regularly from All India Radio Mumbai.
Many music albums written by Gaazi Moin have become very popular after being released. His lyrics have been given voice by many singers including Singer Anup Jalota, Singer Roop Kumar Rathod, Ghazal Singer Sonali Rathod, Chand Sadhwani etc The music video Tu Hi To Tha written by him has been watched by more than a million people. The songs written by him have also been released from T-Series. Gaazi Moin has also been awarded with many of awards and honors. His ghazals are included in the poetry collection “Jaisa Maine Dekha Tumko” (2020) published from Shvetvarna Prakashan, Delhi. He has many more upcoming projects.