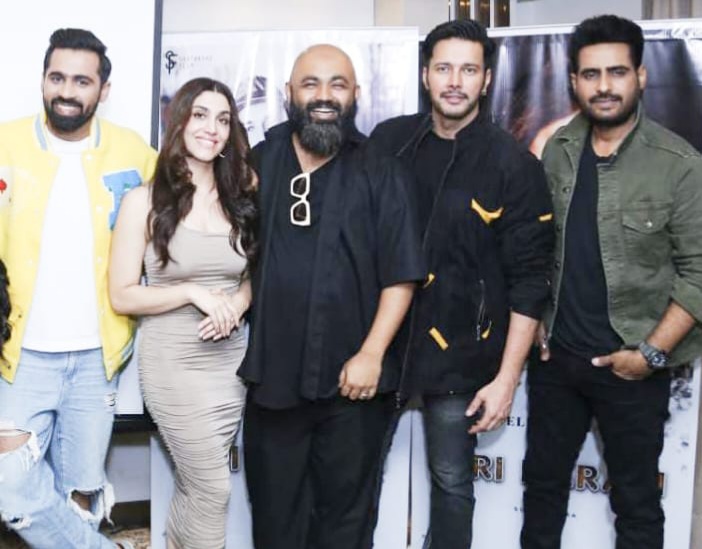 Shatakshi Films is going a big way to shoot their two special music videos across the beautiful landscape that is in abundance in this European country – Norway. It is widely known about the bonding of India and Norway and to further strengthen this relationship, that aims at promoting tourism and business between the two countries, this initiative was announced by Shatakshi Films at a press conference, where Ms. Martine of Norway Embassy was present as the chief guest.

These videos will be d

irected by Suman Guha and it features Bollywood stars Rajneesh Duggal, Dilbar Arya, Vipin Bhardwaj, Rajveer Singh and Karishma Sharma. One of these songs, ‘Teri Narazi’ is to be immediately shot in Norway, and so will be the other song ‘Daru Da Drum’ that is a peppy Punjabi-Hindi mix number.

An ecstatic Chief Guest of this collaborative announcement event, Ms. Martine of Norway Embassy remarked, “Relations between Norway and India have always been good. We aim to further strengthen this relationship between us and therefore the Norwegian government is inviting Bollywood as well as all producers and directors for shooting there.”

“Today’s announcement is an important initiative towards strengthening the relationship between Norway and Bollywood. The locations in Norway are panoramic and very beautiful that will also aid tourism,” mentioned Ms Martine. Generally, people think of places like London, Switzerland, Paris and Dubai for shooting songs, now Norway also has an edge with positive response and incentives offered by the Norwegian government to shoot across its great locations across the country.

Bound to kick-start a beeline for this untapped European country, the songs that are going to be shot grandly there, and this will surely see an increase in tourism and trade between India and Norway. The Norwegian government has gone all out to woo the Bollywood filmmakers by providing all the necessary cooperation for shooting there. There are various incentives offered along with all around facilitation to the producers who plan to go there for shooting.

The songs ‘Teri Narazi’ and ‘Daru Da Drum’ that will be releasing thorough a big music company somewhere around the period of Christmas and New Year. What is noteworthy is that our Bollywood artistes would be shooting in minus six temperatures in Norway. Producers of Shatakshi films are looking to go all out to depict the grandeur of these songs that are sure to create a buzz in music industry.

“Our aim is to do full justice to the songs with no holds barred and we want to come up with something that speaks of quality unlike today’s video songs in Bollywood that are just churned out randomly carrying weak content,” added the producers of Shatakshi Films.

Lyricist of these songs is JD that are Composed by Swarat Chakraborty, sung by Swarat Chakraborty and Sukanya Das. Shatakshi films will adopt the tradition of earlier days where each song used to take four to five days and were being shot grandly with a lot of preparations.