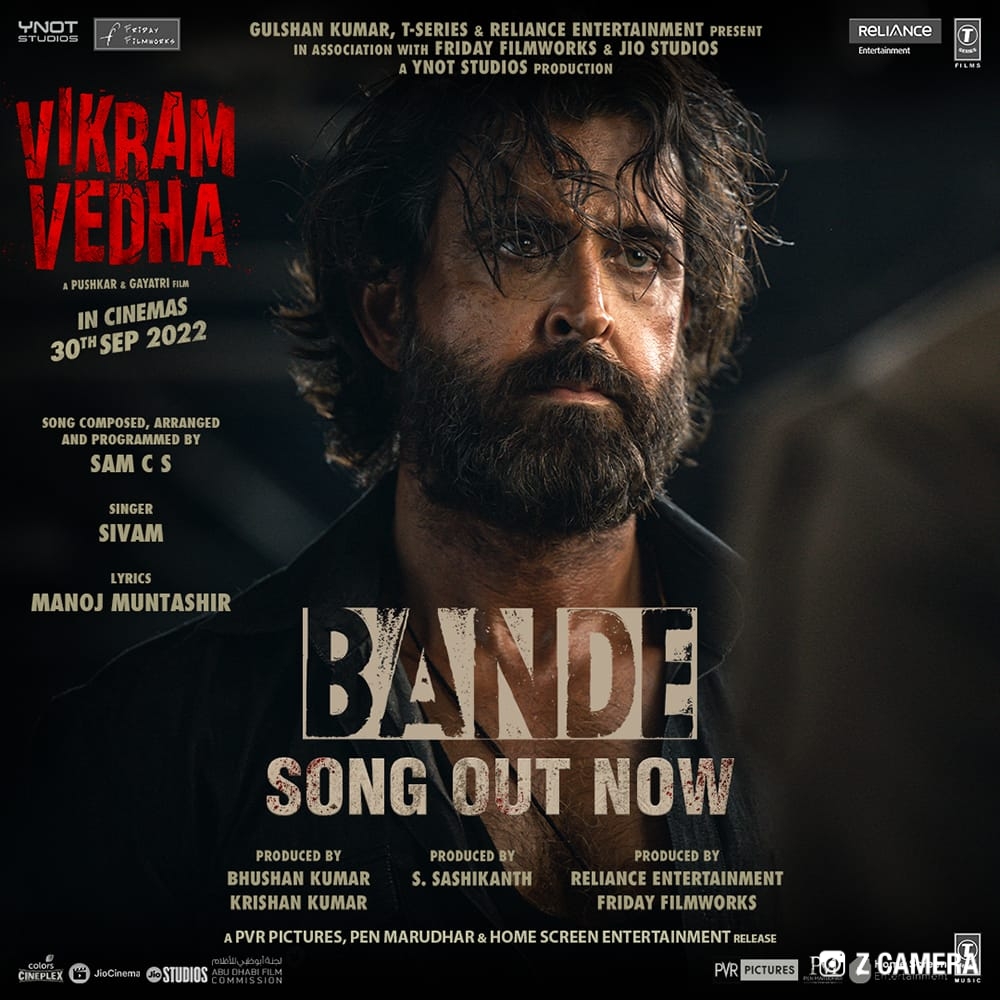 The song features Vikram (Saif Ali Khan) & Vedha (Hrithik Roshan) in action mode. The lyrics of the song ‘Bande’ are an ode to the dichotomy of the characters of Vikram and Vedha. It describes the moral ambiguities faced by Vikram Vedha as they set out to unveil the truth.

The theme song ‘Bande’ is composed, arranged and programmed by SAM C S, as singer Sivam lends his powerful vocals to the lyrics by Manoj Muntashir.

Bande gives a fresh glimpse of all the action along with the cat-mouse chase between Vikram & Vedha.

The theme song earlier was heard in bits from the teaser and trailer of the film, and received a huge positive response from the audience, who had lauded the background music of Vikram Vedha.

The much in demand theme song was finally launched by makers of Vikram Vedha as a countdown to 4 days until film release.

Vikram Vedha is an action-thriller written & directed by Pushkar-Gayatri. The story of Vikram Vedha is full of twists and turns, as a tough cop Vikram (Saif Ali Khan) sets out to track and chase a dreaded gangster Vedha (Hrithik Roshan).