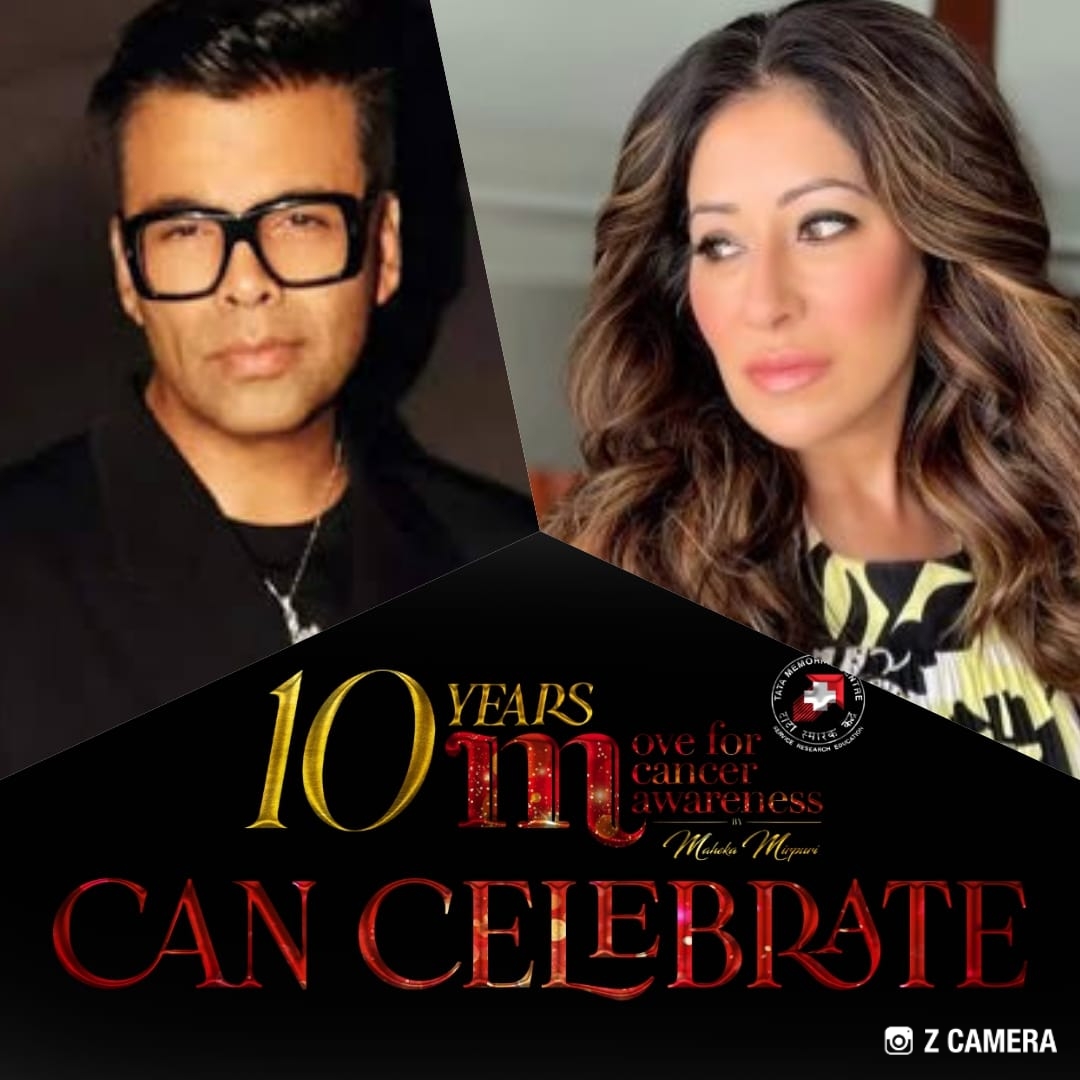 Karan Johar joins Maheka Mirpuri’s fight against cancer, to host MCan charity event in aid of Tata Memorial Hospital Cancer is the second-leading cause of death in the world, and is all set to grow into becoming the No 1, growing in epidemic proportions worldwide. Scary, isn’t it? Alarmingly, cancer doesn’t just affect the patients. It affects the whole family that is financially and emotionally drained with the treatment! But sometimes, personal losses can be transformed into universal gains. It took a woman like designer extraordinaire Maheka Mirpuri to see the ‘Can’ in Cancer and ensure that cancer remains a chapter and not the whole life of patients and their families! Maheka realized the pain and the huge financial strain while holding the hand of both her father and brother-in-law who lost their battle to cancer in just a span of one year. This set her thinking and the seeds of MCan were sown. Maheka walked into the Tata Hospital one morning and offered her helping hand. MCan by Maheka Mirpuri was thus born in 2013. MCan helps provide financial assistance to the underprivileged towards cure for cancer as a whole and Head & Neck cancer in particular for the last 10 years now. Head and Neck cancer are the commonest cancer in the country constituting one–third of all cancers with the highest incidence in the low socio-economic strata. With the pandemic, a lot of patients have been unable to travel for followups, tumours have not been removed, situations have worsened and Tata Hospital needs MCan funds more than ever. They have now started outreach where the treatment reaches the patient instead of vice versa. And this is thanks to the MCan funds that poured in even during the pandemic. MCan funds primarily help get voice boxes for the poor who have lost their voice post operation. Since most patients are illiterate in these strata, the only communication is through their voice. So, your contribution actually enables you to be the voice of the voiceless! Maheka Mirpuri’s MCan hosts an annual fundraiser to help raise funds for the less privileged patients fighting head & neck cancer at Tata Memorial Hospital, but also raises awareness about a disease that can surface at any time. Maheka has earlier taken talented artists from across the nation on MCan’s stage, from Rachel Varghese and Talat Aziz to Boman Irani. This year, to mark the tremendous ten-year journey of giving back, Maheka and Tata Memorial hospital once again unite to offer the most effective support possible to cancer patients through the MCan initiative. Maheka says, “We strive for a bond that strengthens the morale of the struggling families of the cancer patients, and to aid them in whatever way we can. This year’s MCan auction will see brands jostling with art and passion. And what is more, Karan Johar has graciously consented to be our effervescent host. You have to switch on the support mode and ensure that you give without remembering. For not only does giving liberate the soul of the giver, but the fact is that you actually become richer by giving.” Adds Karan Johar, “Maheka Mirpuri took the Can from Cancer and created MCan to aid Tata Memorial Hospital. As we celebrate ten years of giving, MCan has raised over 8 crore for the Tata Hospital that primarily goes for voice boxes to give voice to the poor who would be voiceless otherwise. Remember, Cancer may have started the fight, but together We Can end it for those affected and their families, turning patients into survivors beating all odds. Let us open our hearts and purses and save lives. This year, I am Hosting the MCan Foundation’s charity initiative… Join me on October 5 at the Taj, celebrate over a decade of giving back with Maheka and Tata Memorial Hospital and be the change. MCan because WeCan. Be there.” The Tata Memorial Hospital, one of the biggest cancer centres in the world, registers more than 43,000 new cancer patients every year, with 63% being given highly subsidized treatment.