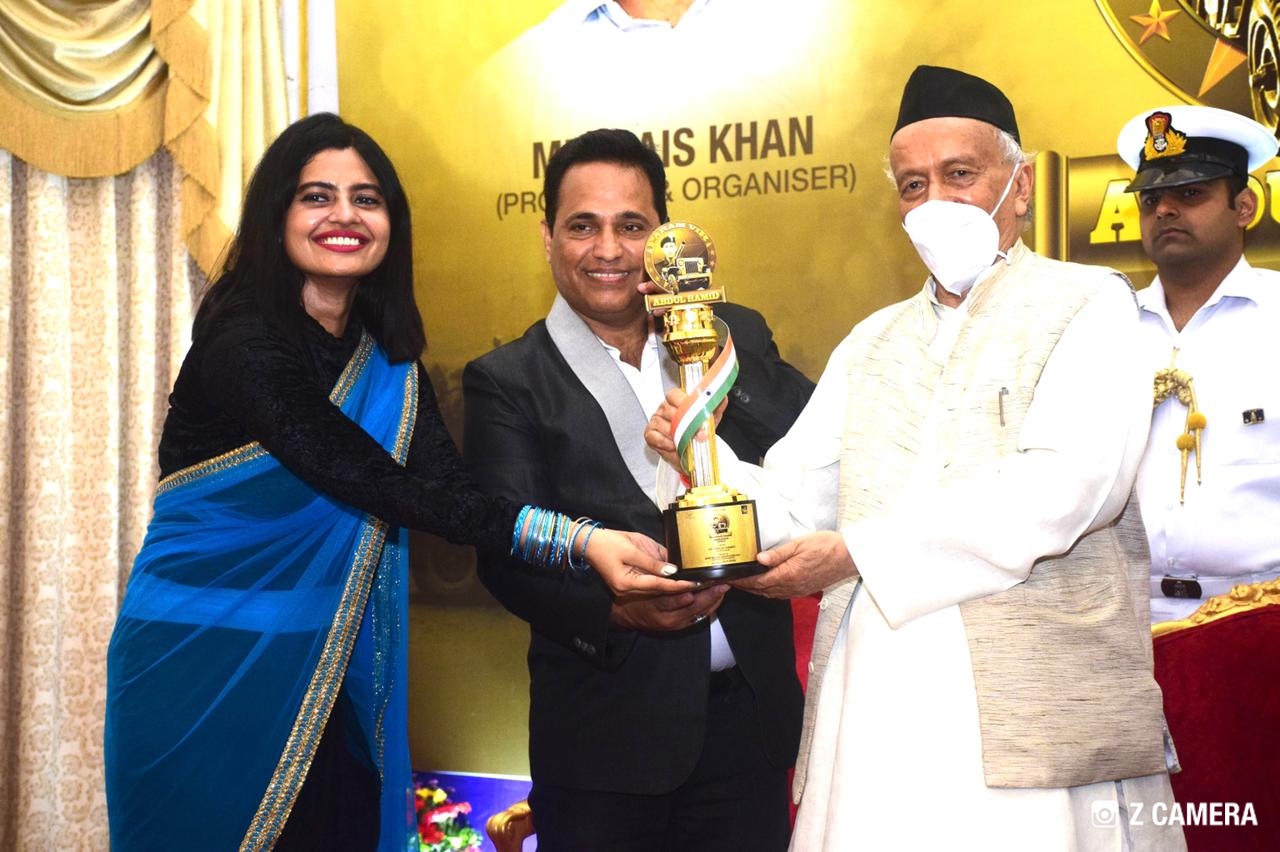 Actress Leslie Tripathy was felicitated by Honourable Governor of Maharashtra Shri Bhagat Singh Koshyari for her contribution to Cinema for acting in 14 languages, Arts, Literature for writing book “Because I am A Girl” inspiring youth to pursue and achieve dreams with simple tools like consistency, hardwork, discipline and by relying on Self in the wonderful journey of life, for her Public Service and for raising awareness on Mental Health through her Talk Show “Leslie Show” at “the Param Veer Chakra Abdul Hamid Awards” held on Sep 22 ,2022 as Leslie Anchored the prestigious Awards at Raj Bhawan, Mumbai 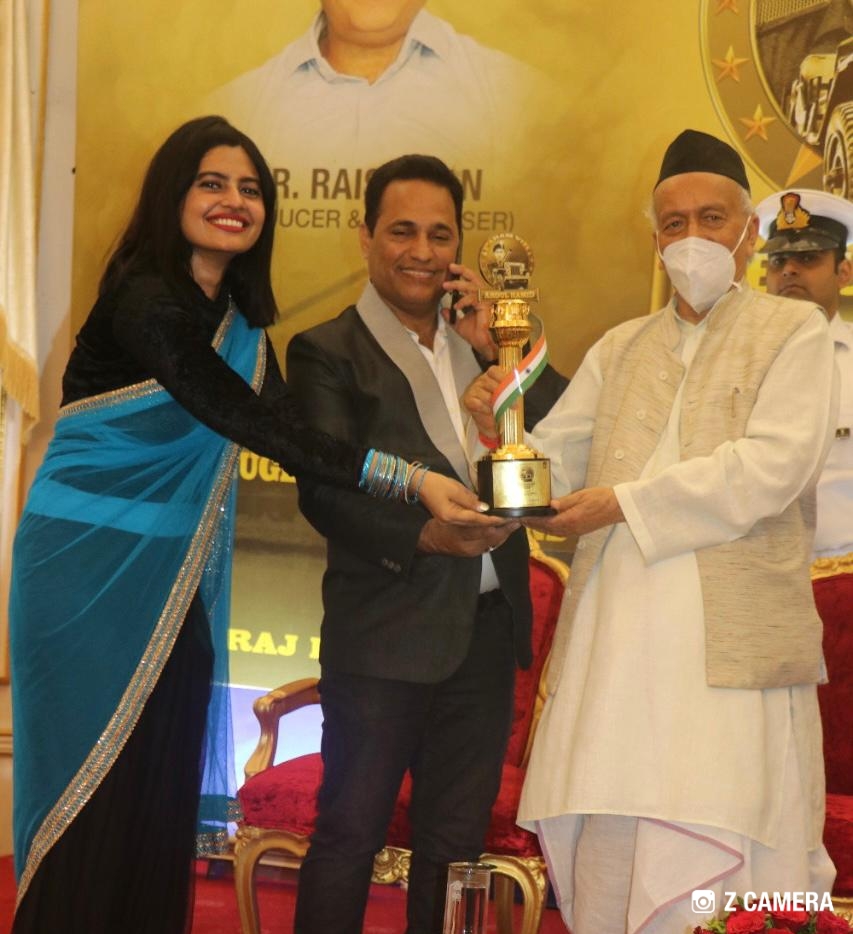 Leslie Tripathy is a Multi-lingual Award Winning Indian Actress,Tv Debator, Author of Motivational book “Because I Am A Girl”, A popular Model Social Media Influencer based in Mumbai. Her parents are Professors in English literature. Leslie hosts a Talk Show “Leslie Show” shining light on mental health. Leslie has already received 8 Governor Awards for bringing accolades for her State Odisha in debate and elocution , extempore speech and poetry writing and this is her 9th Governor Award. 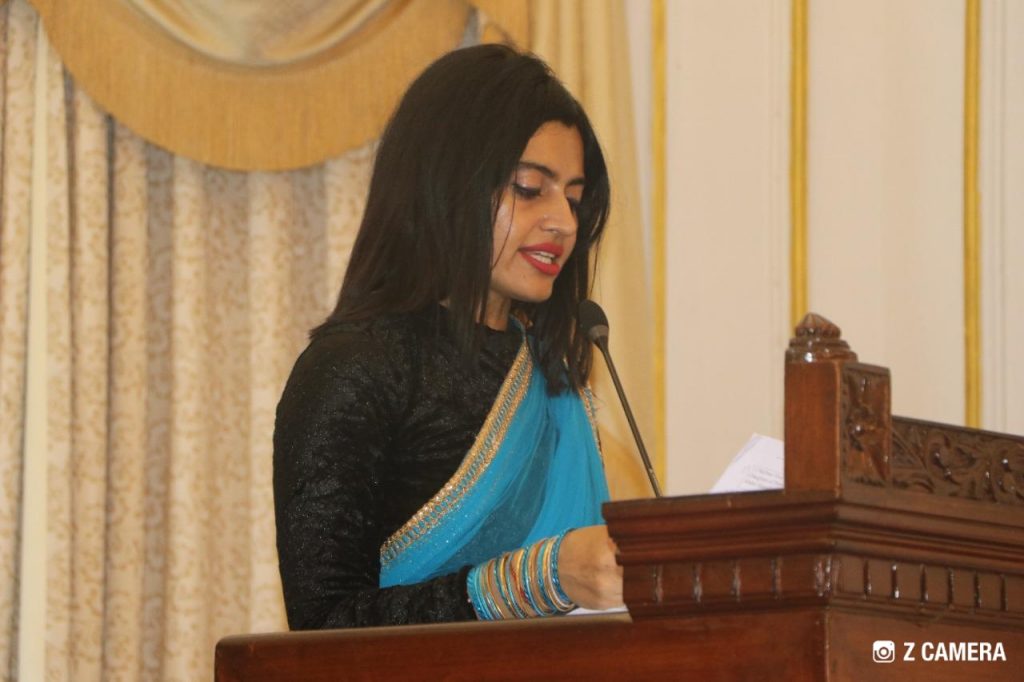 Leslie recently was bestowed on with a Title “Queen of Queens” at Panache Events ,
Leslie is Brand Ambassador of Womens Hockey Team founded by Shanti Foundation at Uttar Pradesh. Leslie in her free time teaches Madrasa school girls at YWCA, Dalit students at Ambedkar College, Wadala, Mumbai and promotes habit of spending time with senior citizens and special children at shelter homes. Leslie is slated to be judge for Reality Shows based on her ever increasing popularity on Social Media. Leslie recently received Social Media Queen Awards from different portals. 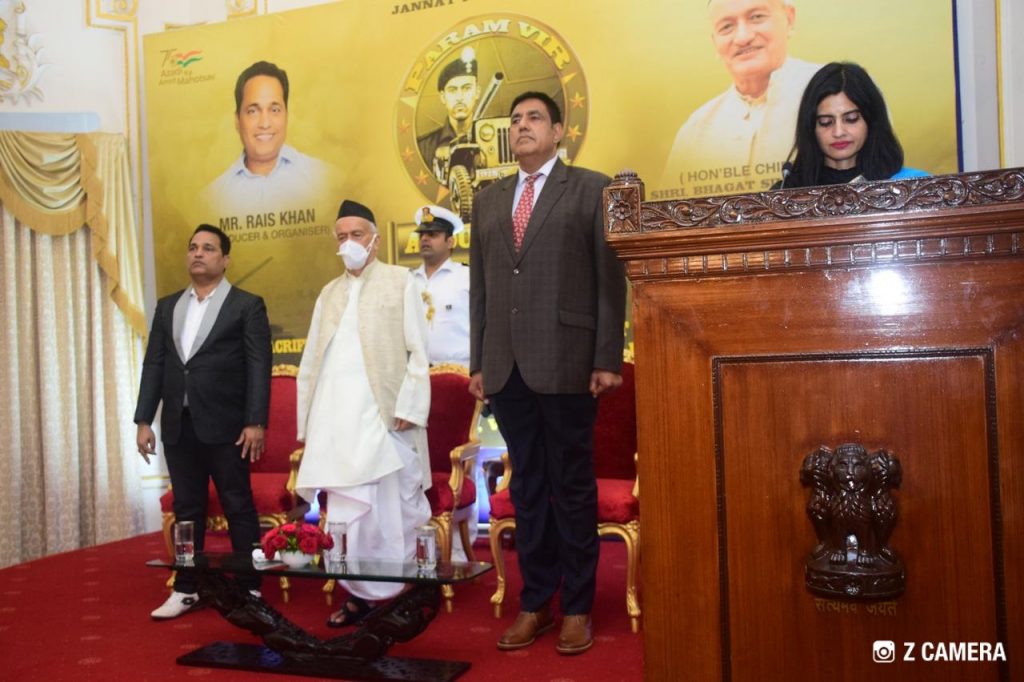