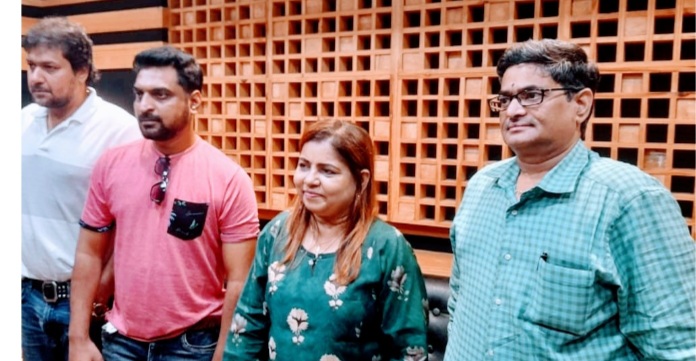 Posted By: The Times Bollywoodon: September 10, 2022In: CelebritiesNo Comments
Music composer Altaaf Sayyed recorded the song of director Shehroze Sadath’s film ‘Chamki’ in the voice of Sadhna Sargam.
Producer Venkat Ratnam said “In the voice of Bollywood’s famous singer Sadhna Sargam, the title song of director Shehroze Sadath’s film ‘Chamki’ was recorded by composer Altaaf Sayyed at the Asian Music Vision Studio in Mumbai. This song has been written by the director of the film himself”.
Sadhna Sargam said after recording the song that “the song I sang today is a very melodious song. The song has a sweetness, a story. In this song which is being shot on mother and daughter, I have recorded the song in mother’s voice while the girl’s voice is by Palakshi Dixit. The song has been penned by Shehroze Sadath, director of the film Chamki, and composed beautifully by Altaaf Sayyed. Through the song, she has effectively presented the feelings of mother and daughter. I really enjoyed singing this song”.
Director Shehroze said “this song is the title song of our upcoming film ‘Chamki’. This is our second film with its producer Venkat Ratnam. Our film ‘Nari’ is going to release soon. This will be the only song in the film ‘Chamki’. This is a situational song. Chamki is a girl’s journey. Its shooting will start by the end of this month”.
Producer Venkat Ratnam said “Shehroze is a very good filmmaker. The subject of ‘Chamki’ is such that it will touch people’s hearts. The kind of treatment he gave to our film Nari is amazing. When he came to me with ‘Chamki’ story, I immediately agreed to do it. This song will be an important part of the film”.
Sadhna Sargam further says “in this way the situation of such a beautiful song on mother-daughter relationship and emotions rarely come in films. If I got an offer for this song, I consider it lucky. The song narrates Ehsaas and takes the story of the film forward. It is very important to have good lyrics in songs. If there is sweetness and melody in the song, then the song becomes memorable”.
Director Shehroze told who will be the star cast in ‘Chamki’, soon the audience will know.
Music director Altaaf Sayyed said “This song is very beautiful. This is a situational song. The daughter is happy first, then gets a little sad, then the mother explains to her. In this song all those feelings have been depicted”. 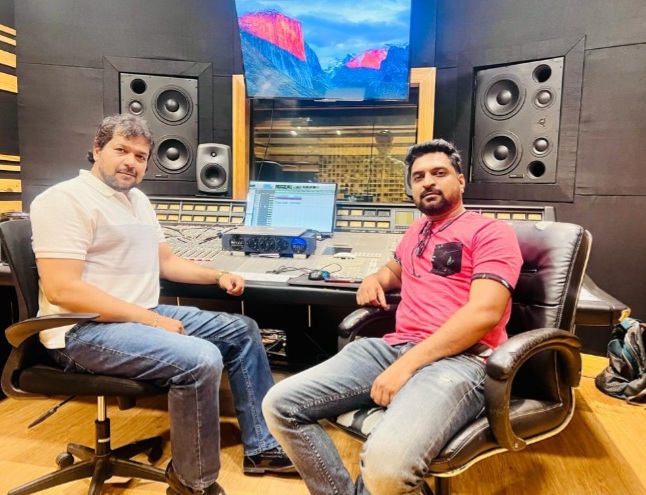 Altaaf Sayyed further adds “The concept of the film ‘Chamki’ is very unique. I am glad that I am being a part of this unique story. Thanks to producer Venkata Ratnam for believing in us and giving us creative freedom. With the same producer-director’s team, I have done the film ‘Nari’ which is going to release soon. I have composed and sang a romantic song in ‘Nari’, a title song of the film”. He excitedly said “It is a dream come true for me to record my song in Sadhna Sargam’s voice as we have been listening to her songs since childhood. It was a golden opportunity for me to get a chance to work with her. The baby girl Palakshi Dixit has also sung her part in a lovely voice”.
Hiren has arranged this song beautifully. Many live instruments have also been played in the film.
Share 0
Tweet
Share 0
Share
Share