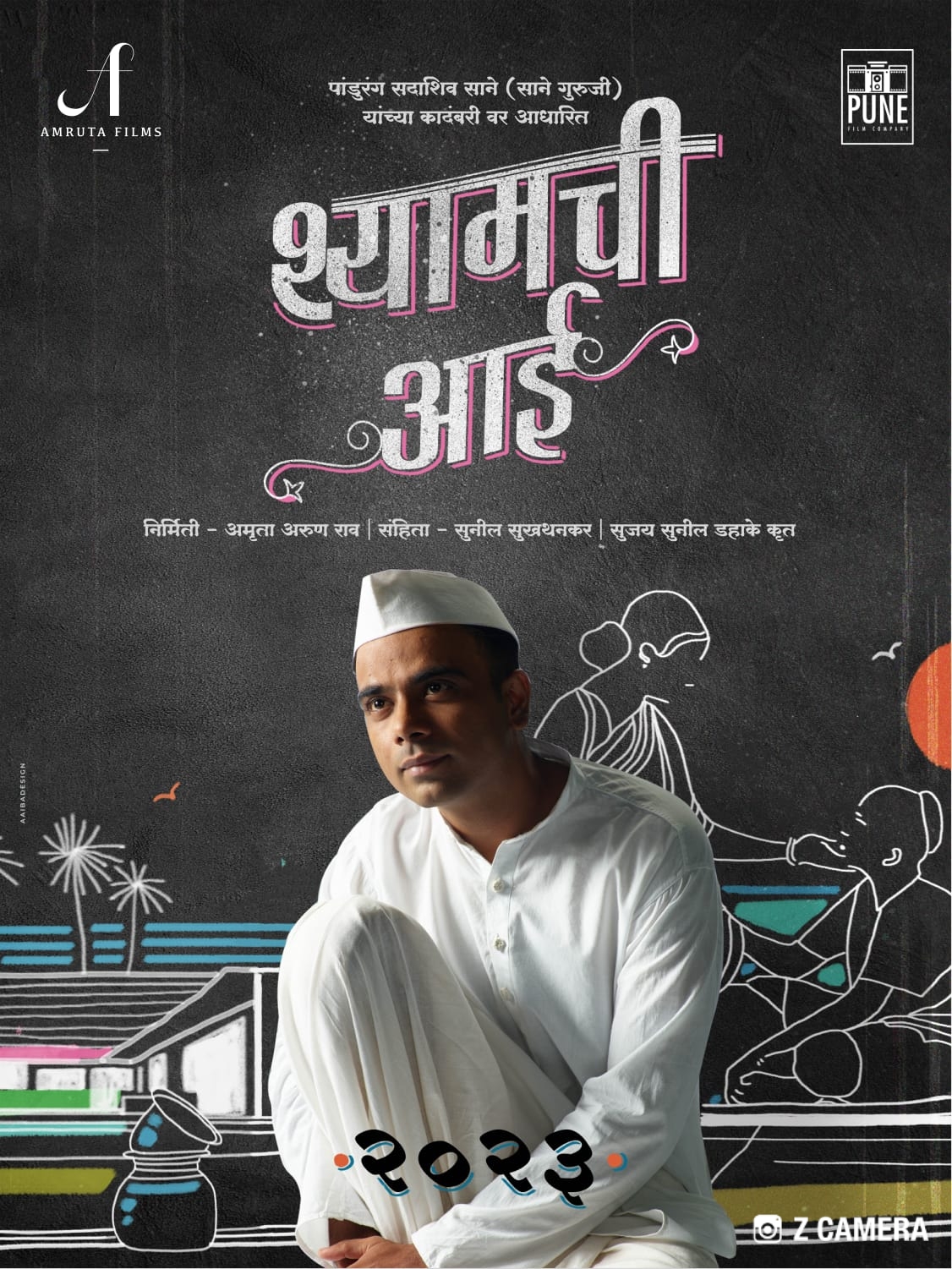 For the past few days, the Azadi ka Amrut Mahotsav is being celebrated with great enthusiasm all over the country. On this occasion, along with the memories of the pre-independence period, the memories of the revolutionaries are being brought to light. During this period, some great revolutionaries have made a significant contribution in building a civilized society by creating an ideological revolution in the society. Sane Guruji, a teacher who has done the work of giving lessons to the society through his every behavior. Now this same Sane Guruji will soon meet the audience through the silver screen. Multi-talented actor Om Bhutkar has played the role of Sane Guruji in the upcoming Marathi film ‘Shyamchi Aai’.

Producer Amruta Arun Rao has produced the movie ‘Shyamchi Aai’ under the banner of Amruta Films. Producer Amruta Arun Rao has so far produced films on many social issues. ‘Shyamchi Aai’ has been directed by Sujay Dahake, a young director who has always been obsessed with doing something different and has won many awards. As ‘Shyamchi Aai’ is the story of Sane Guruji, who will play his character in this movie? Everyone was curious about this but now this secret is revealed. Recently, the first look poster of Sane Guruji from this film has been released. Om Bhutkar, who has played various roles in many films along with dramas, will play the lead role of Sane Guruji in this film. On the occasion of ‘Shyamchi Aai’, Om has again accepted a new challenge. Om, who has previously done angry young man style roles, will be seen in ‘Shyamchi Aai’ as a restrained teacher. Om has worked hard to portray this character which is a milestone in an actor’s career. From looking like Sane Guruji to acting like him, Om has practiced a lot. Made in black and white, the film will take the audience back to the black and white era. Veteran composer Ashok Patki has successfully completed the responsibility of composing music for all the three songs in this film.

Om Bhutkar is a versatile actor. He has always done perfect justice to characters of different shades in the past. He has proved his mastery in every aspect of acting, from dialogue delivery to body language. With this strength, Om has succeeded in winning many awards. While thinking of the character of Sane Guruji, there was a need for an actor who was perfect in all aspects. Sujay Dahake has expressed the opinion that he chose Om to play the role of Guruji as he fits this definition perfectly. The audience will get to see a different version of Om in this film