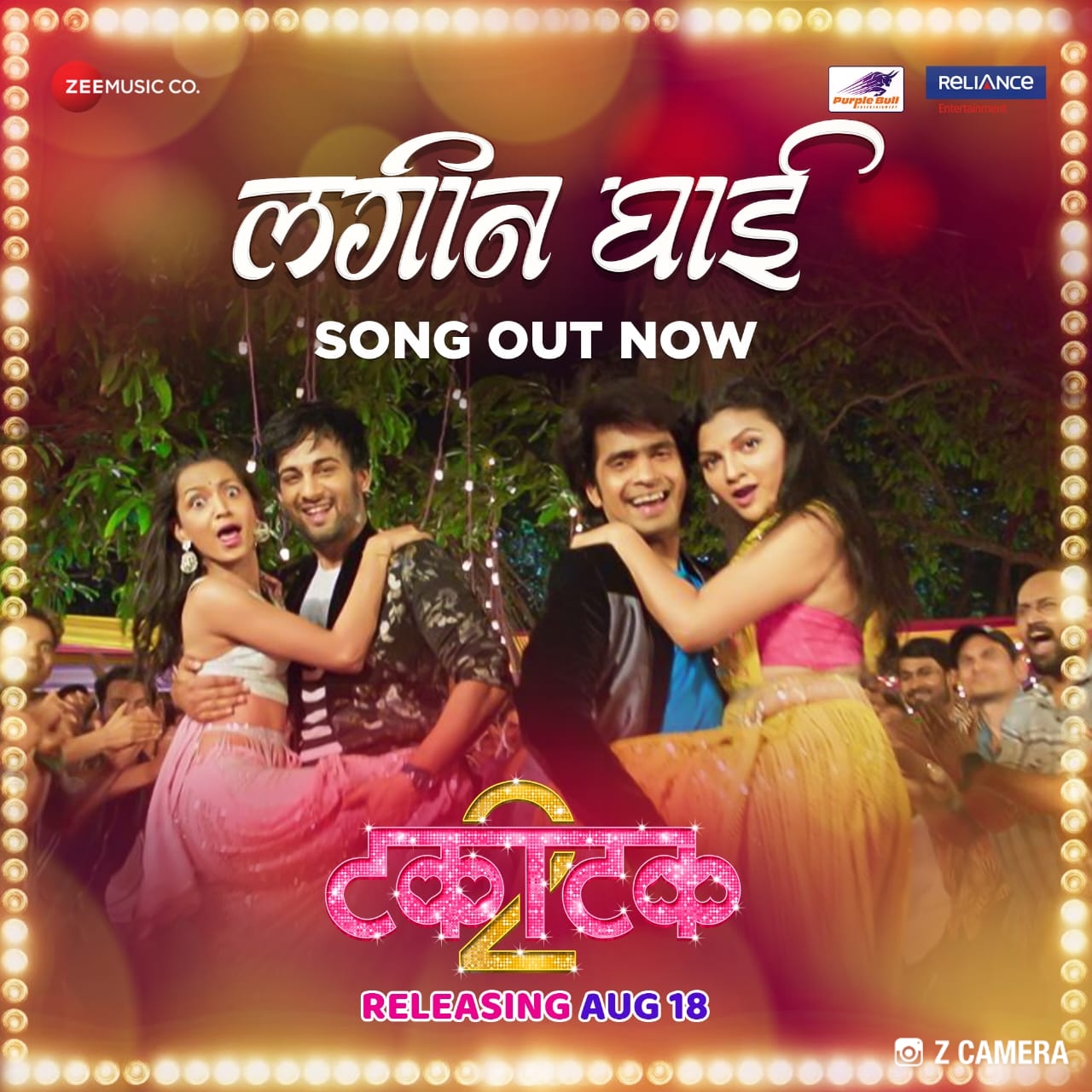 The movie ‘Takatak 2’ is currently in the limelight. After the release of the motion poster, teaser and title song, ‘Takatak 2’ is the talk of the town. Now, the second song from ‘Takatak 2’ has released. Along with the youth, this song is going viral on social media as it will touch the fans of all age groups and will be in harmony with the story of the film. As soon as it was launched, this song grabbed everyone’s attention by getting storm हिट्स

After the title song of ‘Takatak 2’, ‘Lageen Ghai…’ is another great song for fans. This song from ‘Takatak 2’, directed by writer-director Milind Kavde, will play an important role in the plot. Lyricist Jai Atre has written the song ‘Lageen Ghai…’ recognizing the genre of story and film. The song has been sung by Anand Shinde and Kavita Ram and composed by Varun Likhate. On the occasion of this song, once again we will get to experience the musical chemistry of the quartet composed of Milind Kavde, Jai Atre, Anand Shinde and Varun Likhate. Previously, the songs performed by this quartet have been memorized by the fans. That’s why the team of ‘Takatak 2’ is sure that the song ‘Lageen Ghai…’ will be liked by the audience. Regarding this song, Anand Shinde said that Milind Kavde has recognized the pulse of the fans. They know very well what they want. That’s why the songs in his films are successful in capturing the hearts of the fans. The song ‘Lageen Ghai…’ is in my style and sung in my usual estimation. It was a lot of fun while recording the song. Jai Atre’s lyrics have been given perfect justice by Varun Likhate through melodious music. Shinde also expressed the hope that this song will be successful in attracting the attention of all types of music lovers.

The film will feature Prathamesh Parab, Ajinkya Raut, Akshay Kelkar, Pranali Bhalerao, Bhoomika Kadam, Komal Bodkhe, Sushant Divekar, Swapneel Rajashekhar, Kiran Mane, Pankaj Vishnu, Kiran Baird, RJ Mahesh Kale, Smita Dongre and others. Director Milind Kavde himself has written the story-screenplay of ‘Takatak 2’. Writers Kiran Berad and Sanjay Navgire have done the work of dialogue writing. The cinematography by DOP Hazrat Sheikh Wali is eye-catching and the background score by Abhinay Jagtap adds to the impact of the scenes. Nilesh Gundale has handled the responsibility as the executive producer of this film.

The film is releasing on August 18th, 2022 in cinemas across Maharashtra.