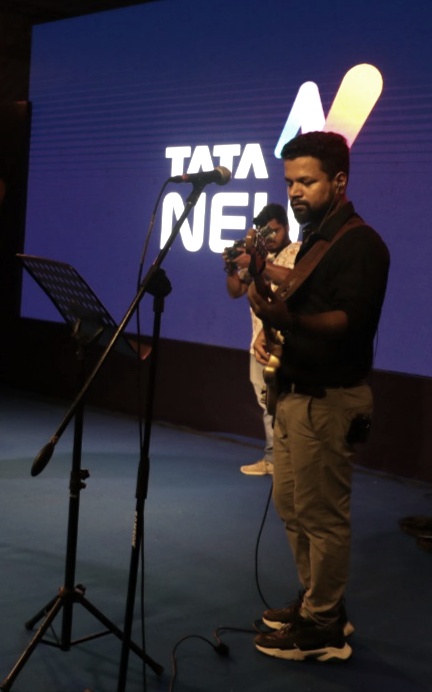 Posted By: The Times Bollywoodon: June 13, 2022In: Parties & EventsNo Comments

In a fun filled event at Carter Road, Bandra, Tata Neu unveiled a unique graffiti integrated into the Tata Neu Logo that was designed by digital artist Rohan More. The artsy graffiti in the Tata Neu logo was created live at the event by the artist within 2 hours. Rohan More’s interpretation of the graffiti represents the role that Tata Neu plays at almost every moment in life. A colourful expression of experiences and choices. A rising wave of energy that is omnipresent to make life better and create a vibrant future. 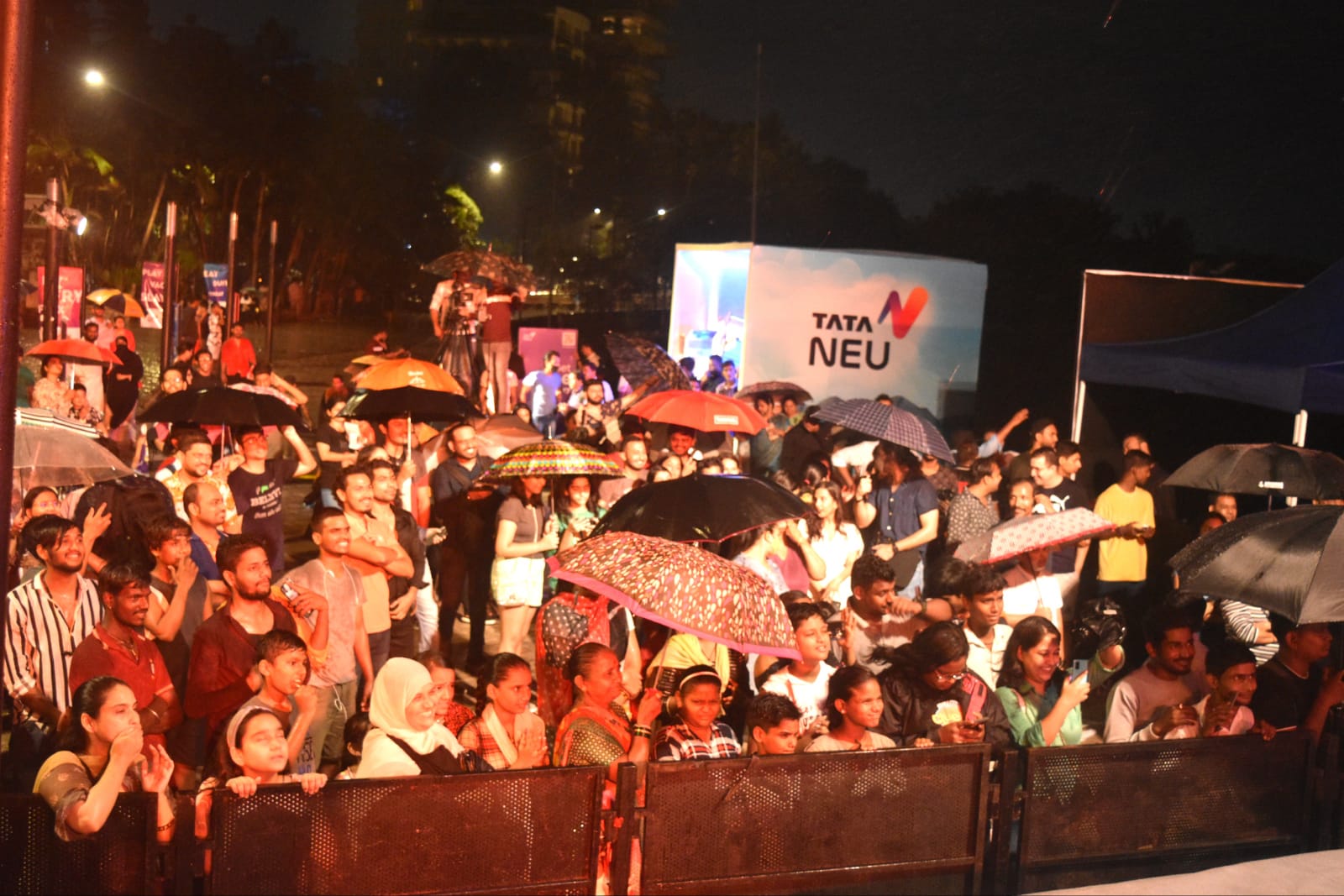 The event saw a special performance by Sparsh the Band, they got the crowd grooving through their peppy Bollywood numbers with a rock twist. Even thunder and heavy rains could not dampen the spirit of the exhilarated crowd that kept on dancing throughout the band’s performance despite of heavy showers. Rajesh Kumar the illusionist wooed the audience with his mind boggling illusions. The activity saw a lot of audience participation and the winners of these activities were awarded handsome rewards such as headphones, fitness bands, makeup products, etc. The audience also got a chance to see a flash mob in action that fascinated the crowd with their sublime moves and acrobatic skills.