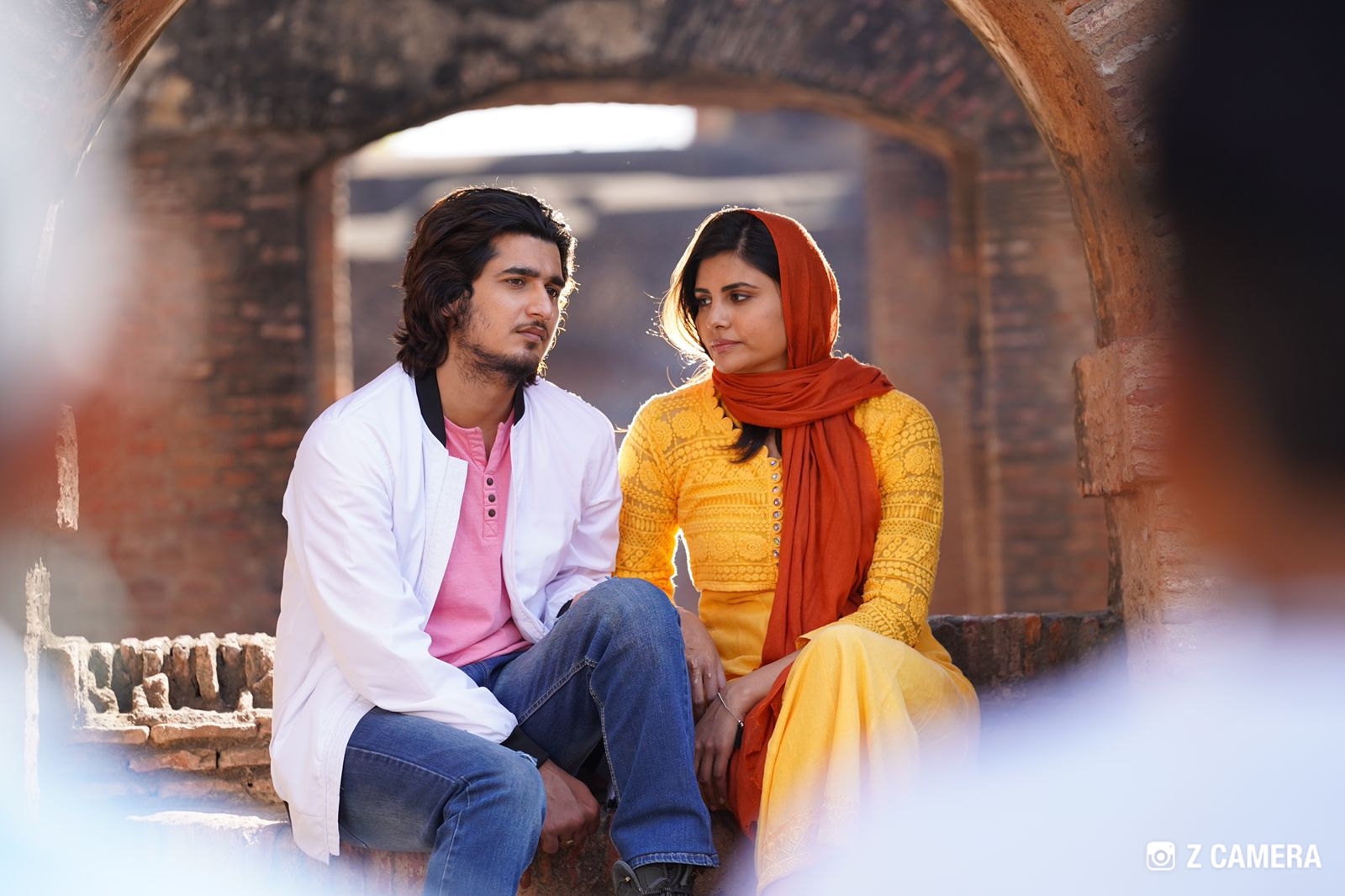 Bhavin Bhanushali is to be seen as the lead in the upcoming movie of Krishna Shanti Production, ‘Ishq Pashmina’

Malti Chahar, the sister of Cricketer Deepak Chahar to be seen as the lead in the upcoming movie of Krishna Shanti Production, ‘Ishq Pashmina’

_The cast and crew are brimming with fresh new talent to portray the unusual love story in ‘Ishq Pashmina.’_

Bhavin Bhanushali is best known for his roles in movies and TV shows like “De De Pyaar De,” “Vellapanti” and “A.I. SHA: My Virtual Girlfriend.” He has also sung songs and featured in music videos as well. 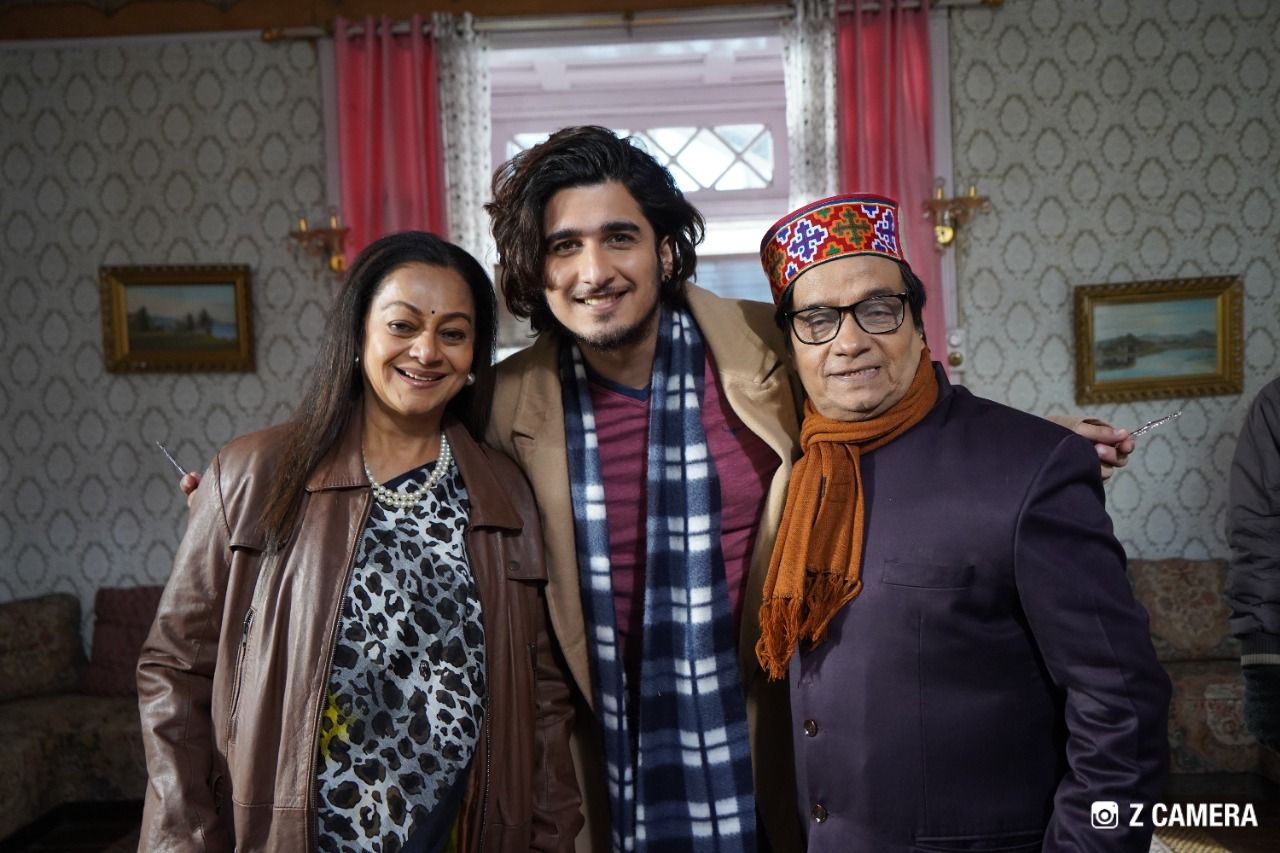 In the words of actor Bhavin Bhanushali, “The character in ‘Ishq Pashmina’ was one of the main deciding factors of my involvement. It was a challenging role and I’m happy that I took it. I loved working with Malti, my co-star, a very sweet individual. Zarina ma’am did not make us feel that we are working with such a senior artist. I’m excited for the audience to see the film and be moved by the story. Arvind who is also debuting as a director like me and Malti gave his all in making this film. He is a very hardworking guy and I’m glad to get to work with him. The music in the film is top-notch and I have been in love with all the songs. It is going to be a really beautiful musical journey as well. I wish that the audience will love it just as much.”

‘Ishq Pashmina’ will depict a soulful, poetic, and unusual love story which is bound to touch the hearts of the audience.

Actress Malti Chahar and IPL mystery girl shares, “I’m so beyond happy to be a part of ‘Ishq Pashmina’. It was an amazing experience working with Bhavin, he is very an amazing co-actor, and our director Arvind, who I believe has done such a fine job at directing as it is a heavy responsibility. Zarina ma’am was so kind and patient with all of us and it was more than we could’ve asked for. My character in this film is very unique and I hope the audience shower the film with nothing but love.”

The film is directed by Arvind Pandey who is making a debut in direction with ‘Ishq Pashmina.’

In the words of the debutant Director Arvind Pandey, “I’m very thankful for the producers Surya Mishra and Shalu Mishra for giving me the creative liberty to make this work of art happen. It was very gratifying to work under the guidance of the producers. They were very cooperative and understanding. As it is mine, Bhavin’s and Malti’s first movie debut, we gave our all to it and I believe this gives a very good perspective to the film. The whole cast and crew are overflowing with talent. The film has been completely shot and is currently under post-production and we makers can’t wait to share the excitement with the audience. Since I have also written the screenplay of this film, it is very close to my heart.”

In the words of the Veteran Actress Zarina Wahab, “With fresh talent comes fresh ideas and content. And this is exactly what this film ‘Ishq Pashmina’ have. It has new talents such as Bhavin, Malti and Arvind who are eager to learn and display their hidden potential. They are hardworking artists and it was a great experience working with them. They are brimming with energy and I’m positive the audience will see that through the film and love it just as much as I did.”

The Editor of the film, ‘Ishq Pashmina’ is Rajesh Pandey, who has done notable films such as Mary Kom, Sarabjit, Padmaavat, Bajirao Mastani, and Gangubai. The cinematography is done by Navin V Mishra. The shooting and the editing of ‘Ishq Pashmina’ have concluded, and the other process of the post-production stage is in full force. The film will hit the big screens in the last week of July.

Lucknow based business personalities Mr. Surya Mishra & Mrs. Shalu Mishra recently ventured into film production due to Mr. Surya’s keen interest in Hindi films, and founded the production house _Krishna Shanti Productions_. ‘Ishq Pashmina’ is the beginning of this series. Mr. Surya believes in working with new talent. He believes that newcomers have the passion to do something new and better. A great film can be made only with the passion of the team, not only with a big budget and a big team.