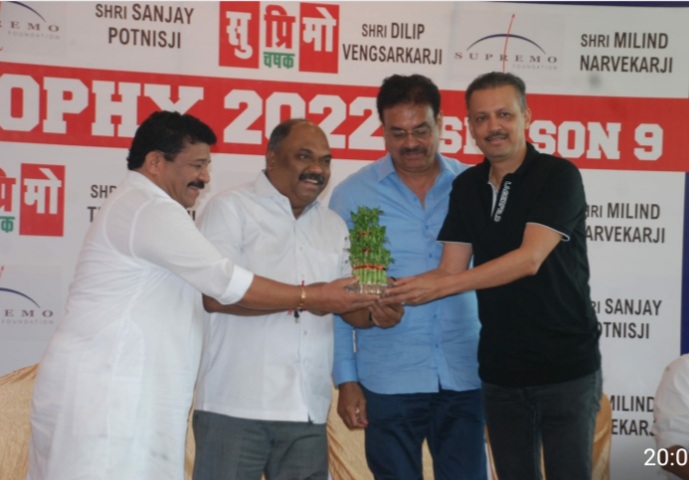 Posted By: The Times Bollywoodon: April 11, 2022In: Parties & EventsNo Comments 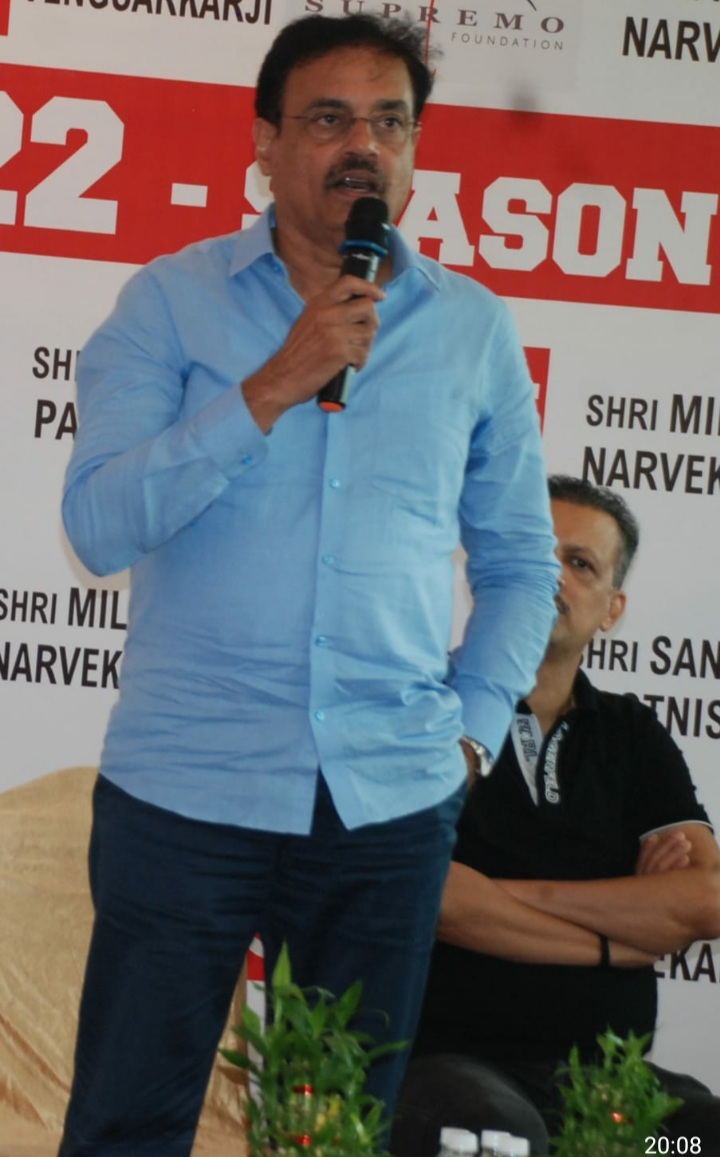 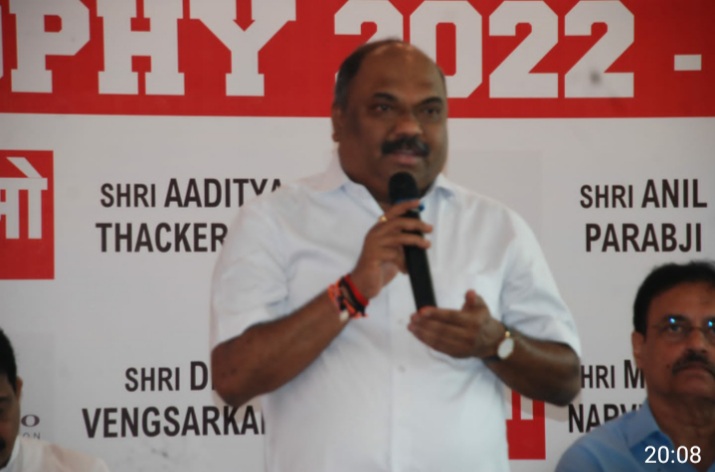 Mumbai Premier League Chairman Milind Narvekar. Supremo Trophy is the
Indias Biggest ever Tennis ball Cricket tournament which will be held from
24 th May 2022 to 28 May 2022 at Airlndia Sports Club ground, Kalina, Santacruz.
Supremo Trophy had to be adjourned in the year 2019, 2020 & 2021 due to
Corona pandemic. The Supremo 1Trophy. India’s No. I cricket tournament, has risen to
prominence in the last eight years duc to its successful organization of the tournament,
strict adherence to the rules and grandiose planning. Simultaneous live coverage of the
competition in 22 countries on Youlube has given the competition an international
dimension.
The highlight of the tournament is the showers of prizes on the best teams and
players in the tournament. Along with this, the players who perform best in the
competition are honoured with cars, motor bikes & Cash Prize every year and Big
Prize money.
Top cricket teams from Sri Lanka and the Gulf are constantly being asked to
enter the Supremo Trophy. In the future, efforts are being made to get cricket teams
from other countries to participate in the tournament.
Famous cricketers from the Indian Test and IPL teams visit the tournament and
enjoy it. The Top most Businessman Shri. Ratan Tata has also graced Supremo
Trophy funetion by his presence in season 8 of the Supremo Trophy. During the
tournament. the presence of former cricketers of India, women’s cricketers, players represening the Mumbai team. hockey players, Bollywood stars, Television stars etc.

is the focal point of attraction. Even this year, it is certain that the celebrities will be
seen during tournament. On this occasion, an appeal was made to reach the Air India
Sports Club Ground in Santacruz to watch the Supremo Cup. known as the
blockbuster event in tennis cricket.
Social work through Supremo Trophy.
Whole&Soul of the Supremo Trophy, Shivsena Vibhagpramukh MLA Sanjay Potnis
and Transport Minister, Government of Maharashtra Dr. Adv. Anil Parab have
provided a strong platform for the poor and potential players by organizing the
supremo trophy keeping social commitment. Various social activities are implemented
through Supremo Foundation. A fund of Rs. 10 lakhs have been made available
for the drought-stricken people. It also helps people with cancer and heart disease
from time to time. About 22 Heart surgeries have been performed by the Supremo
Foundation so far. Poor and budding students are adopted for educational expenses
in order to get an inspiration to get educated. Their entire educational expenses are
covered by the Supremo Foundation.
In order to uplift the living standards of the tribal people, 7 tribal padas have
been adopted in Raigad district for their overall development. They are provided with
the necessities of life from time to time.
(SANJAY GOVIND POTNIS) (Adv. Dr. ANIL PARAB)
PRIZE DETAILS
9 Lac (Cash)
7 Lac (Cash)
1S Prize
2nd Prize
Man of the Series Maruti Car
Best Bowler Motor Bike
Best Batsman Motor Bike