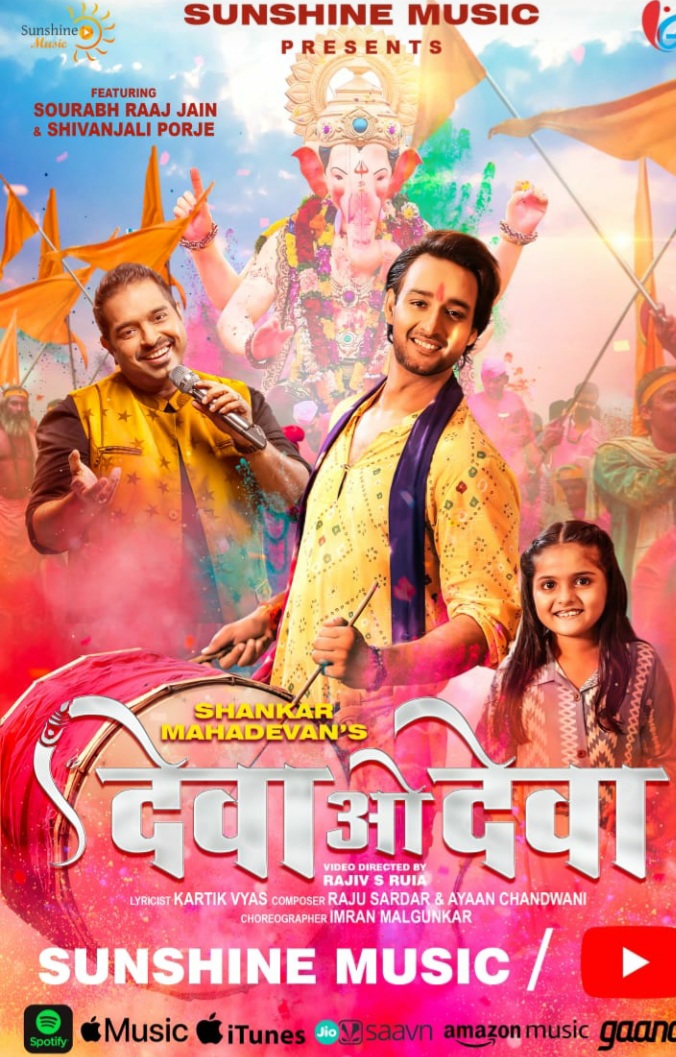 Posted By: The Times Bollywoodon: September 15, 2021In: Celebrities NewsNo Comments

Deva O Deva Ganpati Song, Presented by Sunshine Music, is penned by Karthik Vyas, directed by Rajiv S Ruia and composed by Raju Sardar. The music video choreographed by Imran Malgunkar was released on the YouTube channel of Sunshine Music and across all audio streaming platforms on 7th September. This Devotional song, which was an instant hit with music listeners, crossed 900K views in just 07 days and was the biggest Ganpati single released in 2021. The audio song is also trending on Instagram as multiple fans created reels while they seek blessings from Bappa during festivities. Shankar Mahadevan has always impressed the listeners by his voice but this time this song has greater excitement as it features the most admired Actor Sourabh Raaj Jain and social media star child artist Shivanjali Porje with a unique Storyline. The label shall also be releasing the making of the song before the Visarjan to display the effort which went behind to create the song by the entire cast & crew.

Not all songs mark an impactful identity but some are penned and created to connect the soul. This Song also revolves around “Hope” and the divine power of God. It strengthens the belief, “Once you have hope and positive attitude, anything is possible”. Deva o Deva is a revolutionary song which has already crossed thousands of comments, Likes and Love and can turn to break more Records in coming Days. Hope to see more such Songs in future from the label.