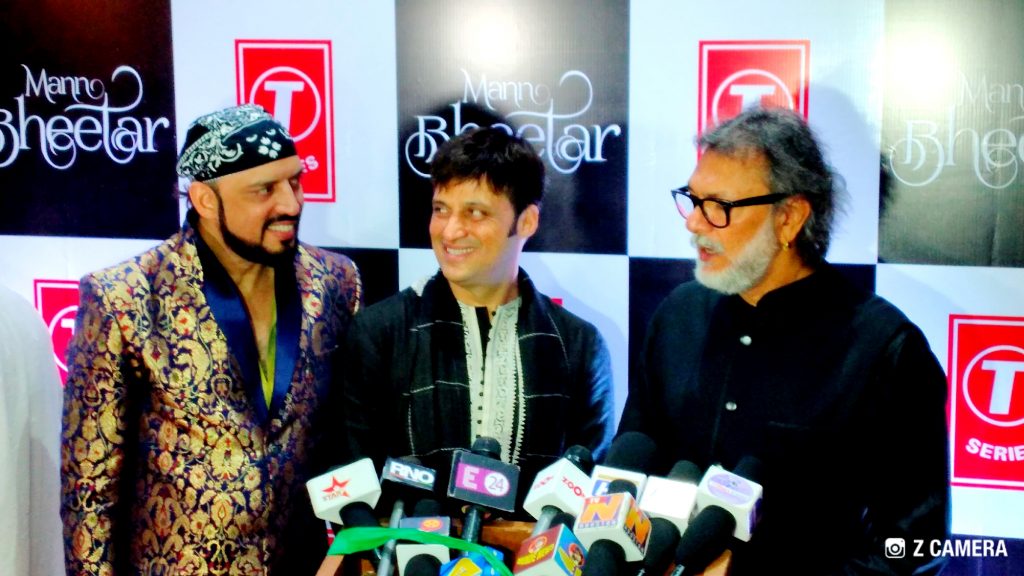 Notable & celebrated Producer & Choreographer Rachna Sarang, accomplished Music Composer Rajeev Mahavir & acclaimed Director Sandeep Mahavir along with T-SERIES team up to create the most classic, historic & colossal musical masterpiece ever in the history of Music in India & across the globe called MANN BHEETAR, a first ever eternal poetry by the greatest legend ever Padma Vibhushan Shri Pandit Birju Maharaj. 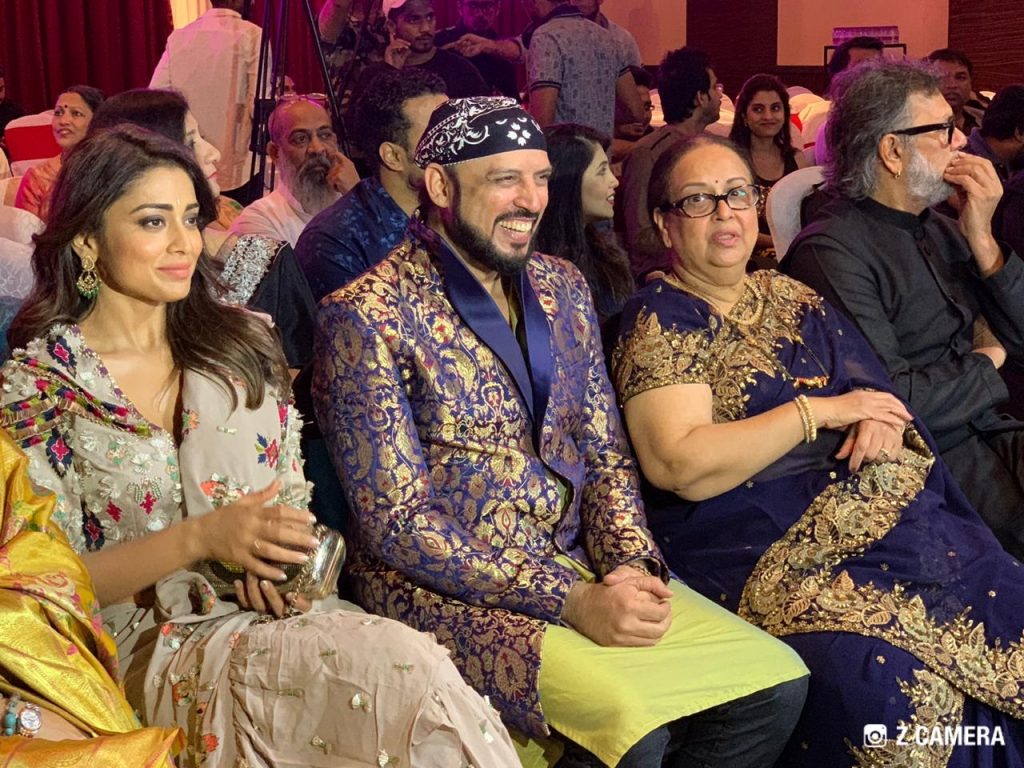 Hind, classical music has immense capacity of limitless possibilities and exploration, thus collaborating the classical raagas composed in a melodious harmony and presenting them in the most unique and innovative manner- MANN BHEETAR 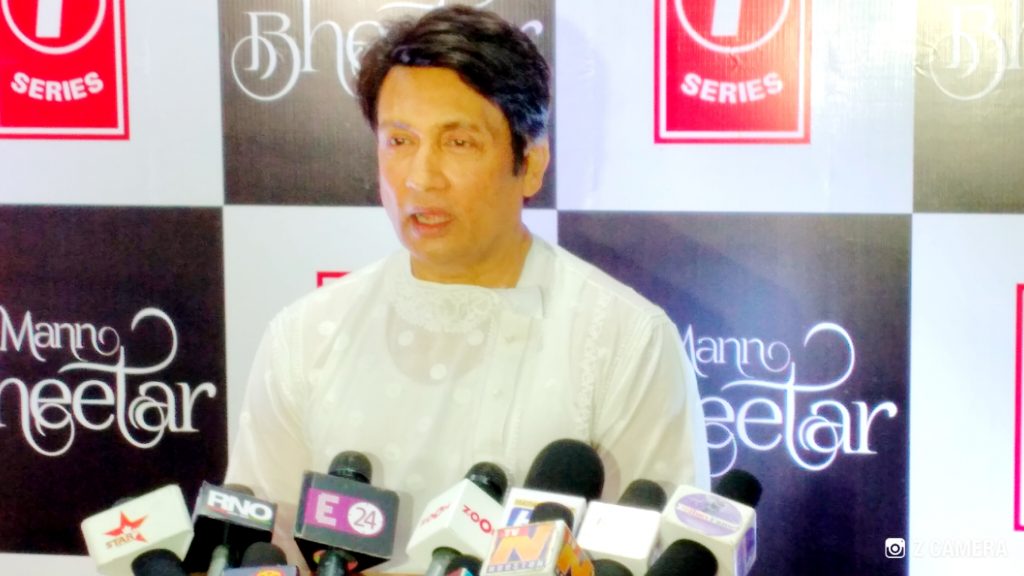 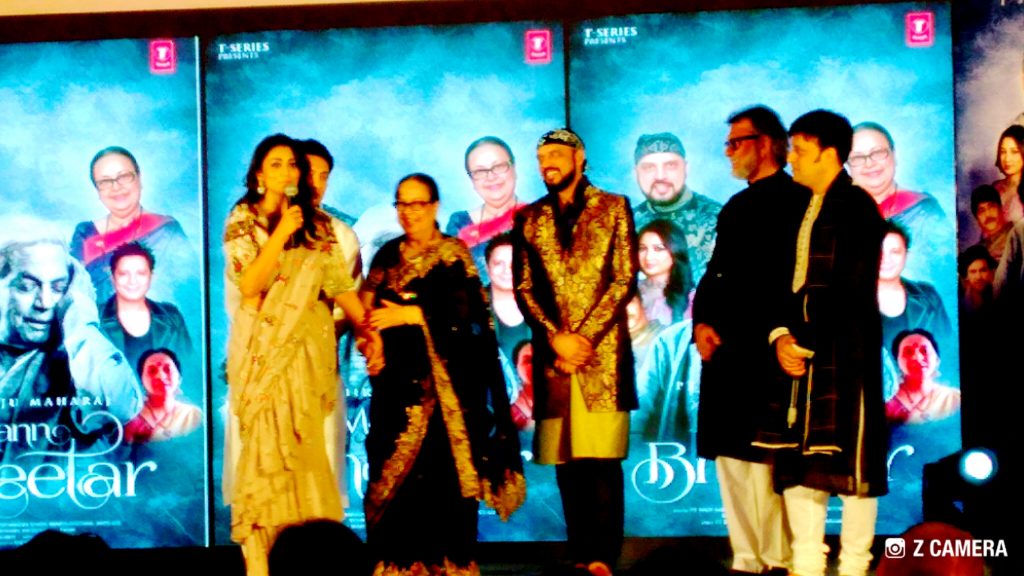 While music singles, dominate the market, MANN BHEETAR is a pleasant change in the world of music albums.

Padma Vibhushan Shri Pandit Birju Maharaj said “I’ve always been close to Rachana and her family. I’ve known them since quite a long time , while our recordist does a fantastic work he precisely knows what is required for a good song so it was great working in such a grand project. Rajeev is very hardworking and works on his project and songs very minutely it helps him understand his work better. I feel it is very important for one to understand the little details of every song from its music, to tunes, to the tabla beats and Rajeev has an outstanding knowledge of the same. I had a great time working on this project. The studio here felt like home while the people here were family. I have heard Shreya Ghoshal and Javed Ali’s songs already and they are all fantastic . All the stars have come together to make this album it is bound to be a great success” 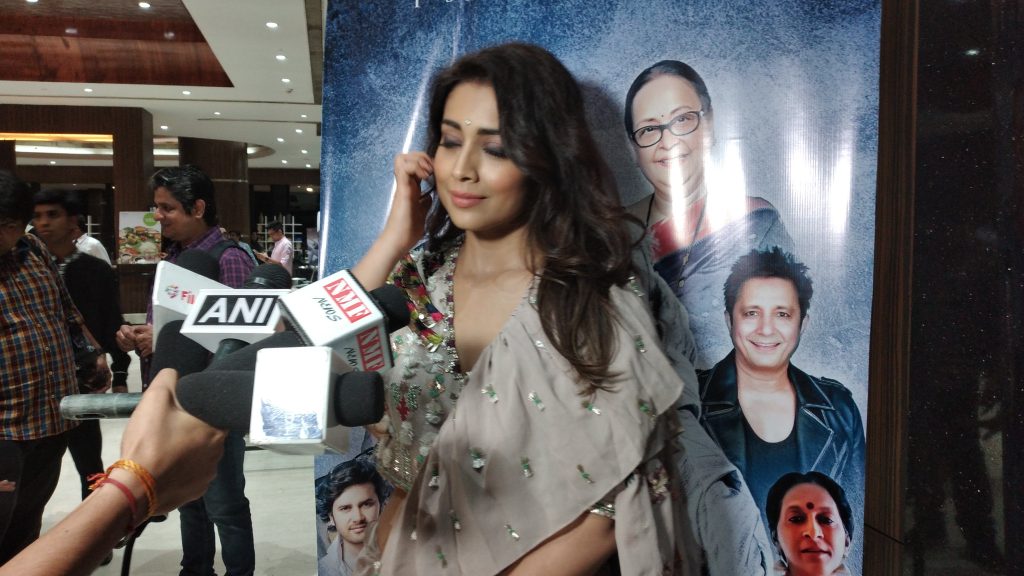 Music Composer Rajeev Mahavir said “Mann ke Bheetar ki jo baat hai woh bahar aane ka waqt aa gaya hai. This is a not a dream of 1-2 days , It’s a dream of generations and hence a project like this comes out, in which a dream becomes reality. I am extremely lucky to get an opportunity to work with Pt. Birju Maharaj Ji & compose his poetries because of Rachna Sarang ji, my sincere thanks to her.  It’s more of a spiritual connection not just with Pt. Birju Maharaj Ji or Rachna Sarang ji, I was very well connected with all the artist of my production and album. It is not a connection with just 50-100 artist for me it’s one soul. Composing all these wonderful poetry & songs, working with singers was like they were made for this song. It’s a wonderful thing to hear them in a very different and tradition kind of composition in a commercial way. My main aim was to give music not for this generation but for the next upcoming generations. Today’s era its very sound based music , we have sound but behind and have given beautiful colours towards it. I would like to thank all my artist , legend musicians & technicians,  especially the singers Sukhwinder Singh, Shreya Ghoshal, , Ustad Rashid Khan, Bombay Jayshree ,Javed Ali & experiencing a wonderful moment with Pt. Birju Maharaj Ji while dubbing his voice, all came together and made my dream come true. I still cannot believe that I am experiencing a dream or a reality. I request everyone to listen to these wonderful songs. We hope to give our generation these kinds of music which is the roots & soul of music, since soul behind the music is very important” 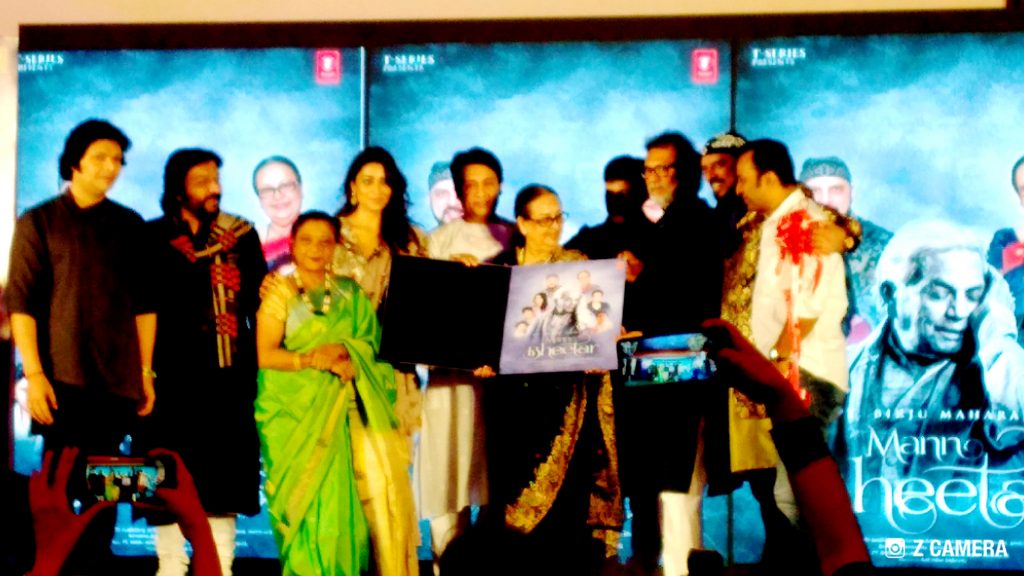 Producer & Choreographer Rachna Sarang said “You call it a gift or a small pay back for my guru Pandit Birju Maharaj that I heard his poetries and asked him out that it’s my wish to make an album out of your poetries and he gave me blessings and then i spoke to Rajeev Mahavir who is a very good friend of mine. He is a brilliant music director who creates soulful music and just like that he decorated all the poetries of Pandit Birju Maharaj and made every song distinguish and so beautiful that when you listen each song you find a different melody that gives you sacred feeling. Pandit Birju Maharaj when he heard hi poetry and found out that it was craved with the music in such  a beautiful way he gave abundant blessings to Rajeev Mahavir for his great work. Very soon we are releasing this album and there are a lot of artists who have helped us create this magic and we are thankful to each and every one who helped us in making this dream come true. I am very thankful to all the artist right from the musicians to the singers everyone who has participated for this album I’m really thankful and honoured by the great work of our team and especially i am thankful to Pandit Birju Maharj who trusted us on this and motivates us every day to do something new” 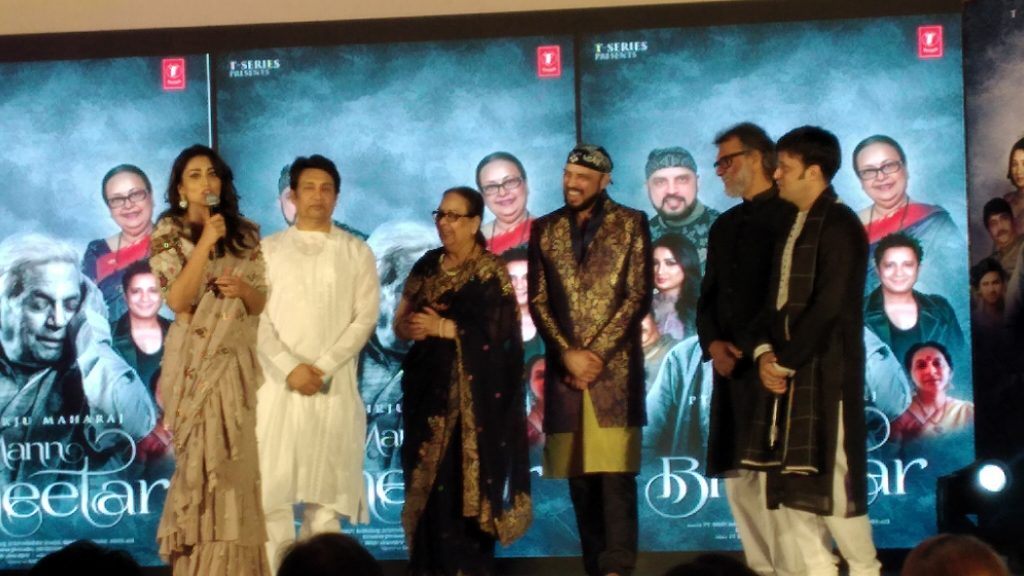 Acclaimed Director Sandeep Mahavir said “The best moment of life starts only when you get to do things which you crave for. I am very fortunate enough to be a part of one of the finest album “Mann Bheetar” produced and choreographed by my dearest aunt Rachna Sarang. The most outstanding music of this album is composed by my elder brother Rajeev Mahavir. I am fortunate to direct one of my favourite song “Bhari Bhari “ sung by Shreya Ghoshal in this album. I am so glad that I bought Shreya Saran as a lead for this song. I approached one of my very dear friend who is India’s best D.O.P Mr. Sudeep Chatterjee  to be a part of this song and this song has turned out to be magical with all these great people. Since this album is a tribute to living legend Padma Vibhushan Pt. Birju Maharaj, what else one would wish in life. Love you all” 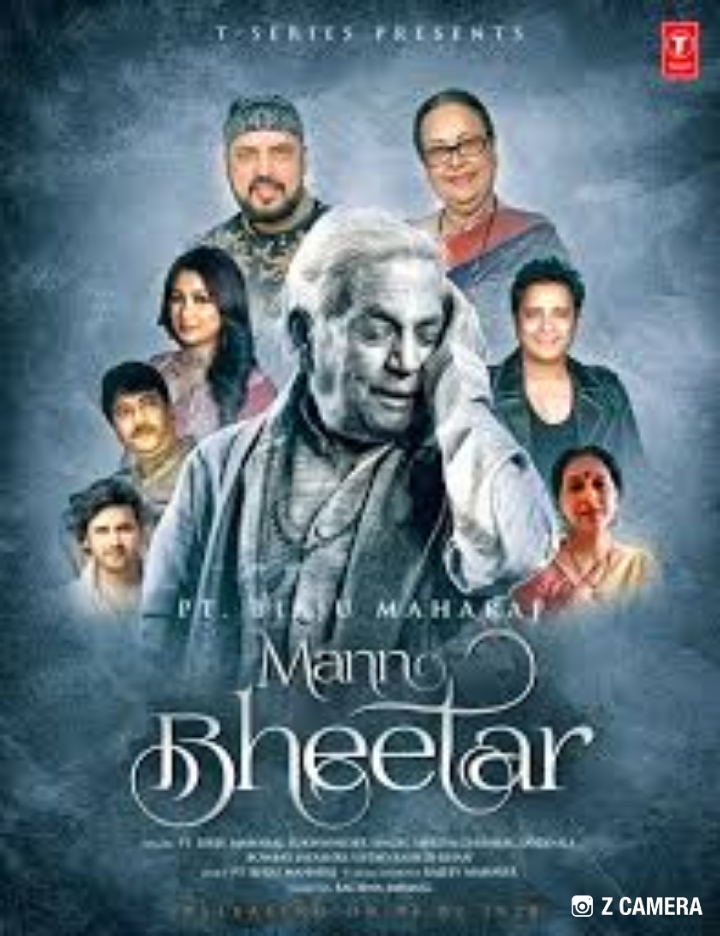 All Songs Mixed And Mastered By: Vijay Dayal At Yashraj Studios