LATEST NEWS
Home Entertainment Nature is where we belong… Roopkumar Rathod has my blessings: Amitabh Bachchan

Nature is where we belong… Roopkumar Rathod has my blessings: Amitabh Bachchan

Nature is where we belong… Roopkumar Rathod has my blessings: Amitabh Bachchan 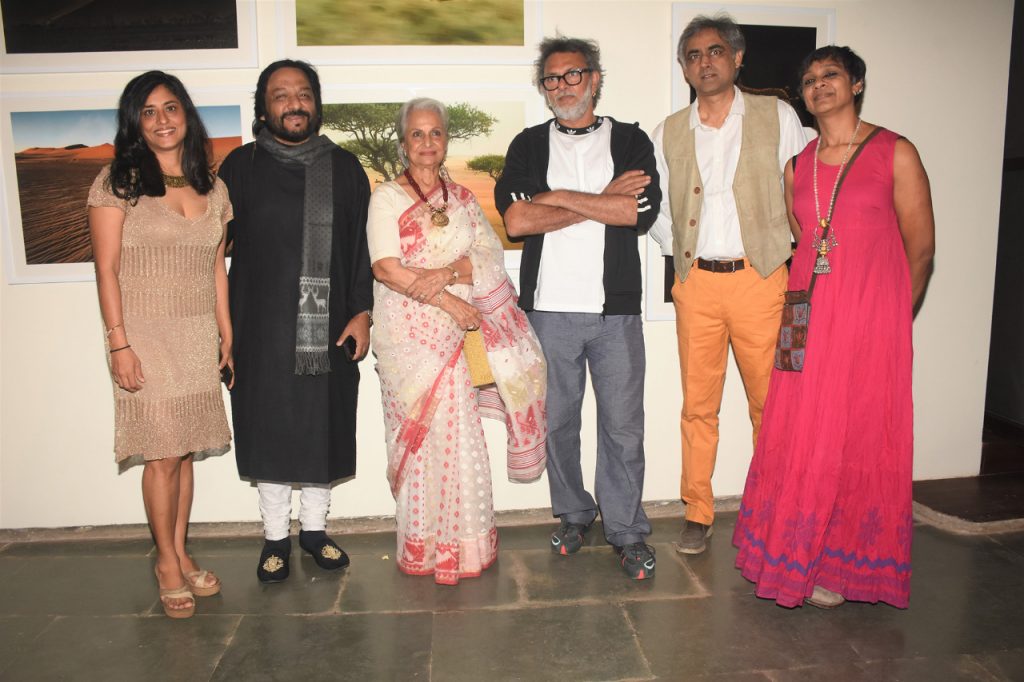 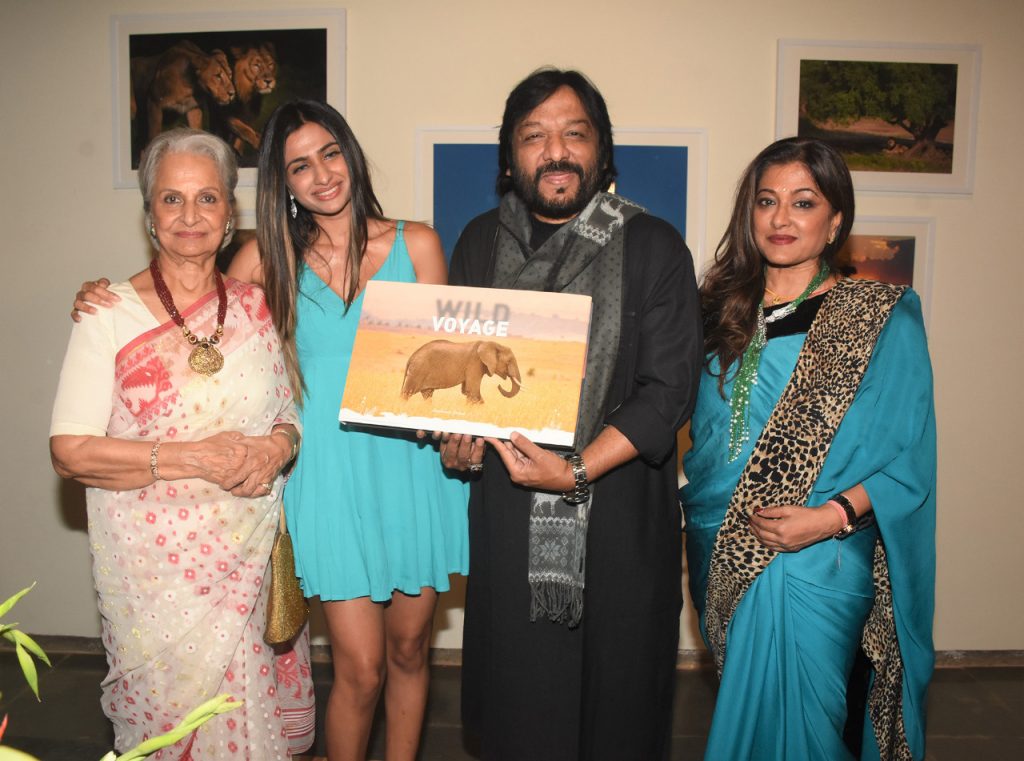 At the opening preview of Meraki, a group photography exhibition at Nine Fish Art Gallery in Byculla, Roopkumar Rathod launched his coffee table photobook, aptly titled Wild Voyage. Inspired by the music of nature in creative pursuits, Wild Voyage flows with an elemental rhythm and tranquillity. It is a journey from the depth of the ocean, unaffected by waves, with the perfect moment just before capturing to the calming chaos it brings with it. 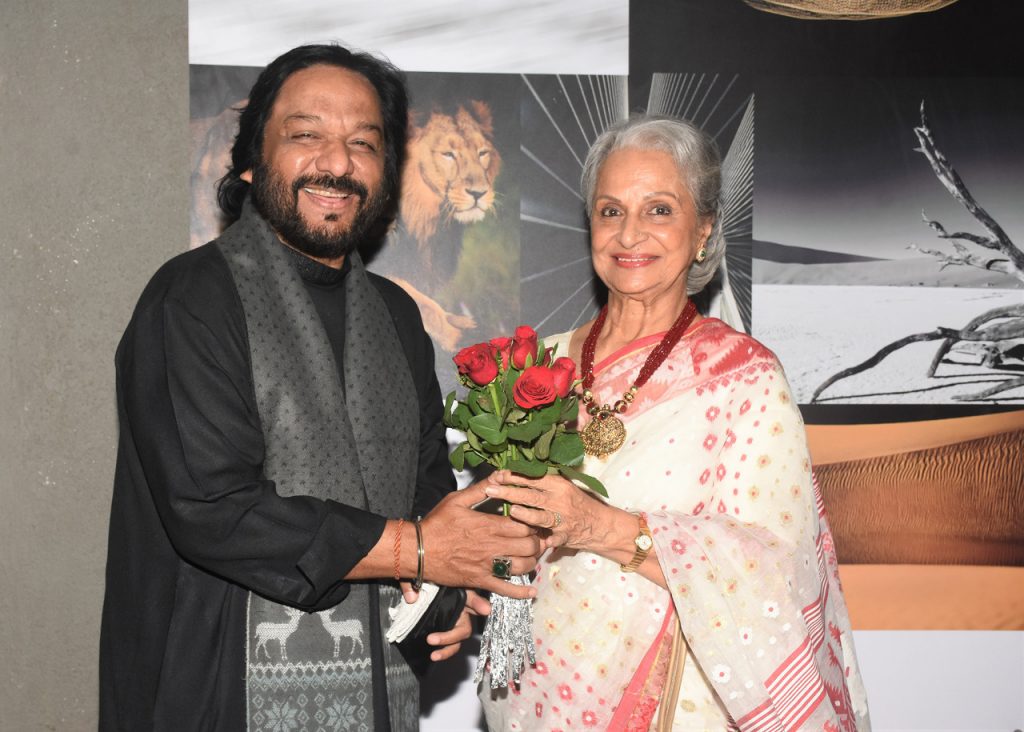 Roopkumar Rathod, veteran singer-music director and now, an author, feels that it is about his passion, the buzz of adrenaline when a picture comes to life! Being a forest lover and a wildlife enthusiast, he loves the jungle-y wilderness and the whispering winds through the trees that tell their tale. 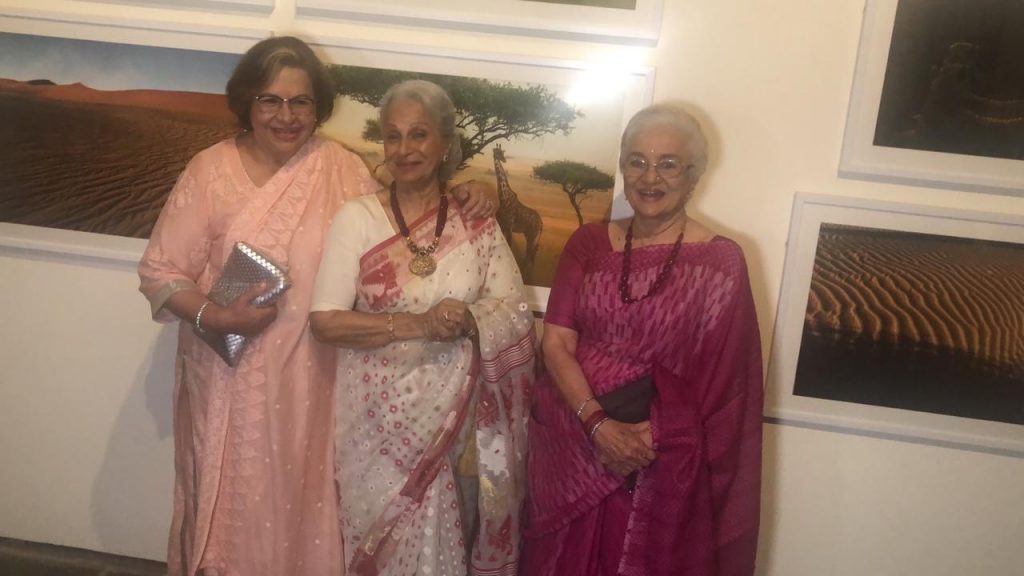 “Sometimes, we just need to listen! The jungle transmits the enchantment and mysteries of its surroundings to the questing pilgrim. It is my meditative space. The Earth has magic for those who believe in it!”, avers he, while adding, “I have filled my canvas with moments that feel bona fide, vulnerable and uncontrived. Here I am, stepping off the edge with an open heart and this is my journey into the wild… My wild voyage!” 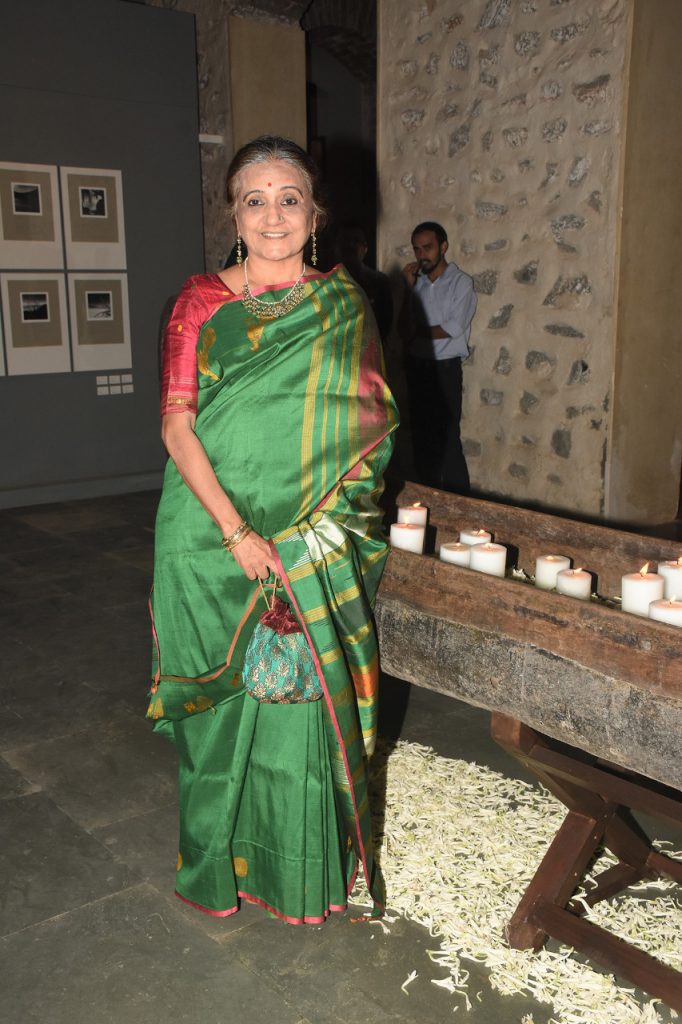 With a foreword by, none other than, the Shahenshah of Bollywood Amitabh Bachchan, the testimonial read, “A lot of research has shown that, although we live in houses or buildings in the city, we are still cavemen at heart. The basic wiring in our brains and how we interact are the same as thousands of years ago. Nature is where we still belong. That’s why we all enjoy a walk in the woods, gazing at the stars, watching a sunset, being on a beach, or going camping. 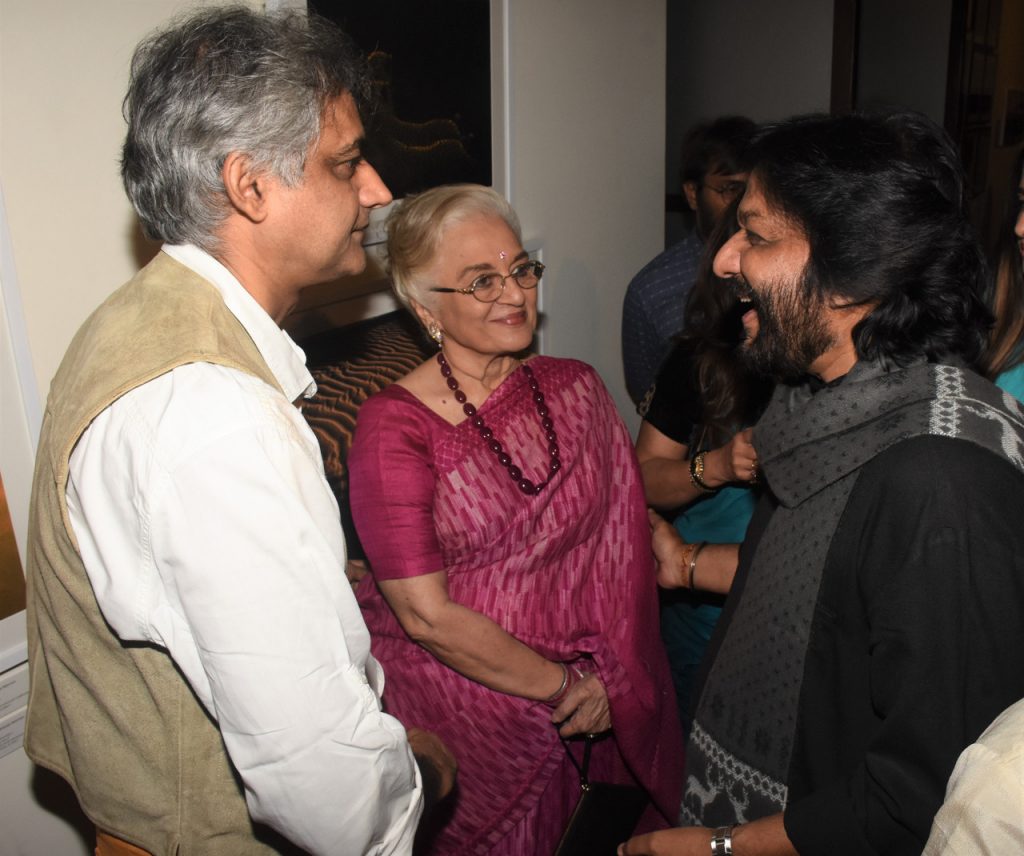 I thank Rathodji for sharing his experiences with us through his superb photography. He has my blessing for continued joy and success with his love for photography,” states Amitabh Bachchan.

Veteran actor Waheeda Rehman, who is also a co-exhibitor at Meraki says that the world already knows Roopkumar Rathod is a very well-known singer and music director. However, she avers, “Very few people know that he is an excellent photographer. He is really very good with his work.”

Acclaimed filmmaker and wildlife activist Mike Pandey expresses the pleasure it is to glide through and savour magical moments of wilderness. He adds, “Roop’s unique perspective opens another door into nature’s enigmatic world. The special moments in the wilderness, bathed in equally stunning magical light have been captured and frozen for eternity by stunning images and timing… This has been a work of patience, crafted with care and wonderfully presented. Wild Voyage actually transported me to the wilds, leaving me wanting for more. The Earth needs more Roopkumar!” 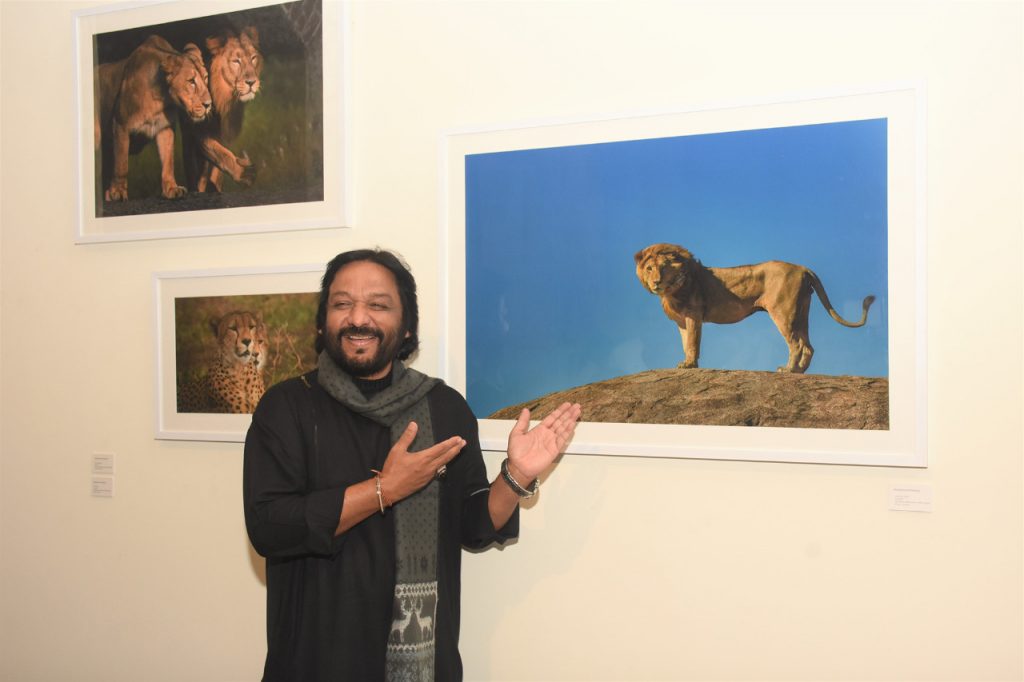 Here is what Suniel Shetty has to say. “A musical genius, a soulful singer, a magical photographer and a forever friend. Roop, you always inspire and brighten every room you enter, your energy is infectious. May you continue to breaks your own mould as an artist and keep rediscovering your own talents.” 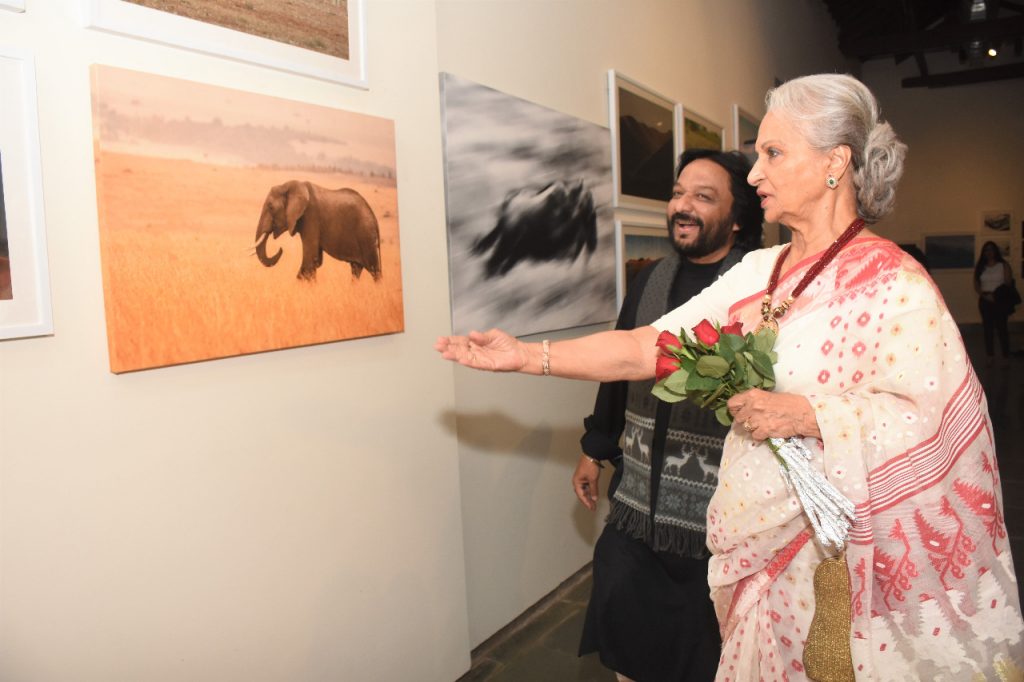 Padma Shri Cricketer Anil Kumble says that Roopkumar Rathod’s exploits in music is well-known. He also adds that not many are aware about his passion for wildlife photography. “This book is a window to his love for animals; a delightful collection, full of brilliant captures, that takes you on a journey into the magical world of nature. We were aware of Roopkumar’s ear for music, and now this book is a testament to his eye for nuance!”

Shankar Mahadevan of the famed Shankar-Ehsaan-Loy trio believes photography to be an amazing art in itself, especially when a person’s musicality and sensibility comes into it. According to him, the whole picture changes and that is what Roopkumar Rathod’s talent is all about. “There are very few musicians in our country who have immense depth and knowledge about Indian classical music and at the same time can adapt to any genre of music, and Roop bhai is one of them. This depth and knowledge translate in his amazing wild life photos. Every photo looks like a song and every scene feels like a melody. He has been a wild life enthusiast for many years and his passion for the jungle is equal, if not a minuscule more, than music!” Awaiting the launch, he believes that Roopkumar Rathod’s patience, passion and dedication is clearly evident.

Another stalwart in the Indian music industry is Hariharan, a dear friend to Roopkumar Rathod. They have known each other since the 1980’s. Hariharan imparts that, apart from being a talented singer-composer, Roopkumar Rathod is also a Tabla Nawaz. “He is a born artist and his artistry took a turn to another field, photography. I saw musical compositions of the wild being in its surroundings. The wild being took the form of a melody and the surroundings provided harmony. Awesome photographs are clicked when the timing is right and indeed, Roop clicks at the right second,” he avers.

Celebrated bariatric surgeon Dr. Muffazal Lakdawala says that Wild Voyage stunningly captivates wildlife for photography enthusiasts. Bringing the same unbridled passion of Roopkumar Rathod’s singing to photography, he divulges that he had a small role to play in pushing his dear friend to take on photography as a hobby. “In this book, he has brought his artistic aesthete, signature detail and an eye for natural beauty to the fore. I would urge everyone to grab a copy!”