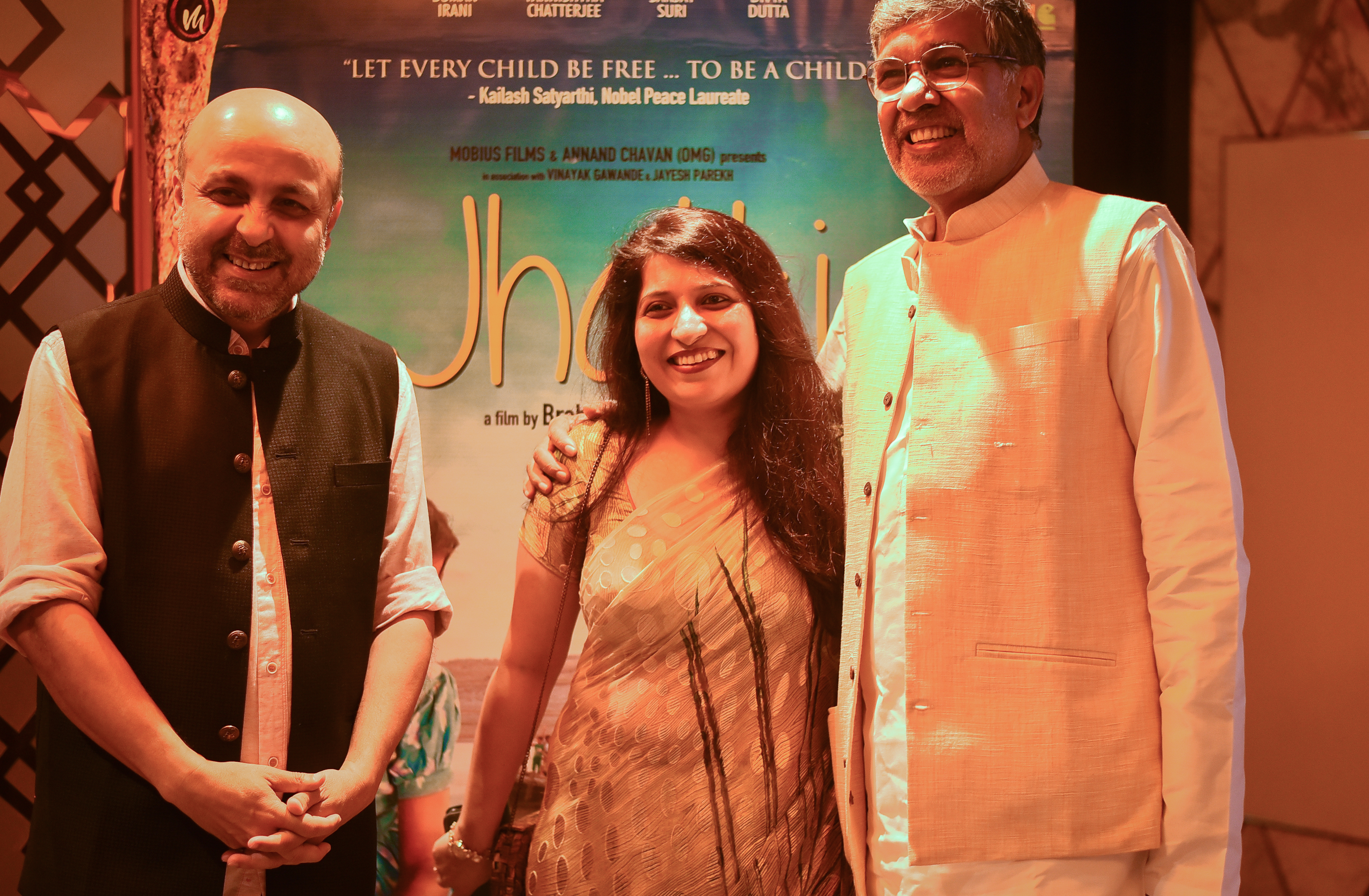 pictures from the special screening of the upcoming film JHALKI in the presence of Nobel Peace Laureate Mr. Kailash Satyarthi.

It is based on the movement against child labour led by Kailash Satyarthi.
The movie is a lyrical story of lost childhood, against the powerful backdrop of child slavery and human trafficking. It is a heart-rending but inspiring story of a nine-year old street-smart girl, Jhalki, in search of her seven-year old brother, Babu, who is suddenly thrown into an inhuman world of child labor with no respite from a terminally gloomy, dark and depressing workplace. 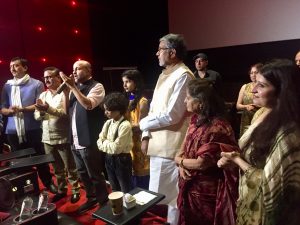 Armed with an intimate folk tale of a tireless sparrow, her own ingenious efforts and her charming presence of mind, Jhalki manages her search and eventually free her brother, along with thousands of other enslaved children caught in this insidious practice, affecting over 200 million children worldwide.
Directed by national award winning director, Bhramanand Singh, this movie has gone on to win awards at multiple film festivals overseas.
141 MP’s have also signed the pledge against child labour with Kailash Satyarthi Foundation, which is going to make this movement nationwide.
Share 0
Tweet
Share 0
Share
Share