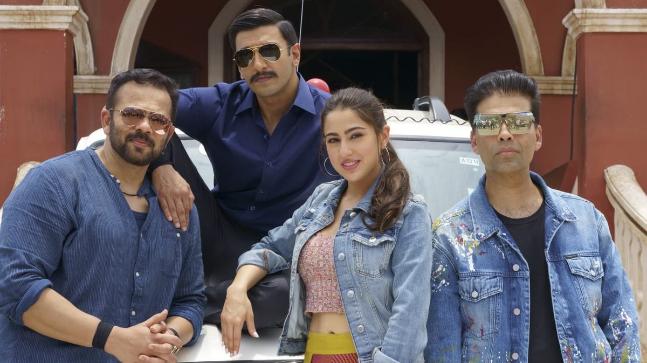 Director Rohit Shetty ‘s action flick Smmba’, starring Ranveer Singh and Sara Ali Khan is running tremendously both in the country and in overseas collections. The film which is looking to end the year 2018 with a bang has registered itself as the biggest Ranveer Singh opening film ever, beating ‘Padmaavat’. The film has also come out as the sixth-best opener overseas of the year. The highly anticipated film directed by Rohit Shetty is a spin-off from his popular ‘Singham’ franchise. Ranveer plays a corrupt cop who turns into a hero and fight for the justice and Sara plays his love interest in the film.

‘According to the latest report by BoxofficeIndia.com, the film has done very well in overseas with collections of $ 5 million approximately. The film has garnered excellent numbers in the US-Canada region especially while Australia and the Gulf region has recorded big numbers. The film is expected to do over $10 million. Ranveer Singh’s film ‘Padmaavat’ stands as the top opener of 2018.